Lorenzo Alberton is the CTO and VP of engineering at Sensat, a startup that digitises real-world places for infrastructure projects.

Founded in London in 2017, Sensat counts the likes of Chinese tech giant Tencent among its investors. Its ‘digital twins’ of physical locations are created using data captured from a range of sensors, such as drones and lidar. These virtual maps are then used in industries such as construction, mining and energy and can be used to train artificial intelligence systems.

In this Q&A, the tenth in our weekly series, Alberton explains why he’s excited about augmented reality in construction, why it’s important to fall in love with the problem rather than the solution and how the Cambridge Analytica scandal still casts a long shadow.

Lorenzo Alberton: I’ve always had a passion for technological challenges and for creating efficient organisations to work on them. Over the past 15 years, I’ve worked on a number of high profile projects (like the BBC Homepage and iPlayer) and large-scale data processing platforms for companies such as DataSift and Meltwater.

Last year I decided to start a new adventure and Sensat immediately caught my eye as a company at a relatively early stage, in a new interesting industry, with an inspiring vision and a group of smart, passionate, and knowledgeable people.

The construction industry is inherently physical and lacks the automation and transparency that has transformed many online industries. As a result, it faces staggering problems in terms of efficiency, waste, health and safety, which has an enormous impact on public spending and mobility.

Fixing this problem will unlock tremendous value in fundamentally important offline sectors, and enable many emerging technologies to create a future of sustainable growth.

I’m quite excited by good uses of augmented reality. For example, deploying the technology on a construction site to help engineers get up-to-date information (notes, designs, etc.) about the assets around them. The idea that we have unobtrusive, direct access to a relevant context could be transformational in many ways. It’s the logical evolution to many years of information retrieval advances. It has to be unobtrusive to be accepted but when done well, it can give us superpowers when it comes to areas such as business logistics and education, and unlike virtual reality, it doesn’t go in the direction of isolating oneself. 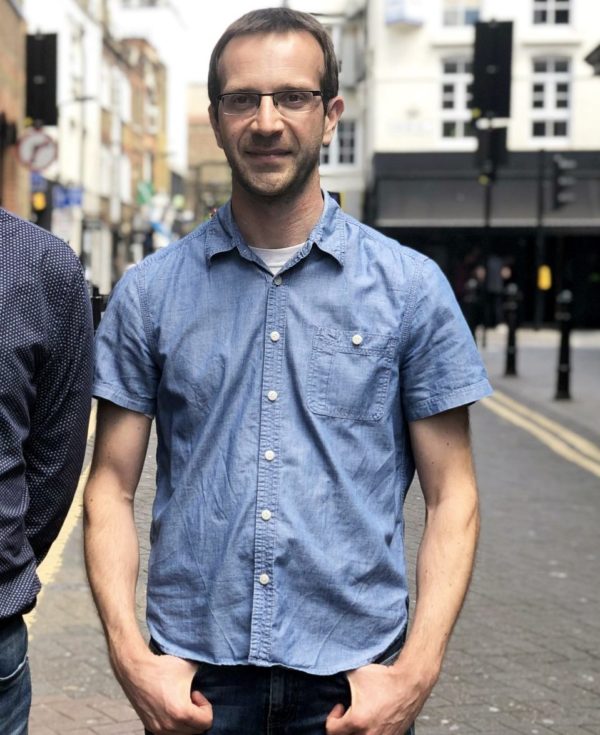 Lorenzo Alberton is the CTO of Sensat.

It’s all about the ability to drive a persistent change in our habits, at scale. Where “persistent” is the keyword, i.e. it has to pass the test of time.

To fall in love with the problem rather than the solution. Technology is always serving specific needs and it’s important to make sure that’s what we always focus on.

It probably stems from a mix of the curiosity I always had to understand how things work and the disciplined creativity that software development enables.

A typical day starts by looking at the agenda for the day, reviewing some code changes, and taking part in our daily stand up meeting, where we discuss project updates and platform enhancements. The rest of the day is largely spent managing my team of (currently 12) engineers and running the operational aspects of product execution, like clarifying scope and priorities, helping with system design, and pushing for constant improvement and incremental delivery of value.

I like discharging the stress of the day by doing some high-intensity interval training, playing the piano or studying art history (especially Renaissance Art).

I don’t really have heroes, in our field we stand on the shoulders of many many giants, but if I had to pick one, it would probably be E.W.Dijkstra, with his easy-to-read manuscripts. His work is a great example of what our activity should ideally be, i.e. very thorough and precise analysis of the problems at hand, a distillation of the fundamental principles on how to look at them, and a clear, concise description of the best approach to take.

I think it’s not a technological one, but an ethical one. We’re adopting new technology and “normalising” new behaviours before we even think about their long term repercussions to society. Recent events like the Cambridge Analytica scandal should be a good reminder that just because we can do something, it doesn’t mean we should without analysing the deeper consequences.