A modular driverless car with a body that can be quickly swapped out for different uses is being showcased at CES 2019.

The concept vehicle, dubbed the microSNAP, has a size similar to a compact car, but features an easily separable chassis containing the wheels and drive systems, and a selection of bodies designed for applications such as food delivery and taxi services.

The chassis and bodies, which are known as Skateboards and Pods, are designed to be swapped out by an autonomous robotic system designed by Kuka, meaning the same wheels can carry a host of different cargo – from humans to chilled food – within a single day.

The idea is that the vehicles would be adapted for each use, and able to be quickly dispatched for deliveries and collections from hubs located in key urban areas.

Developed by Swiss company Rinspeed, the microSNAP is an interation on the SNAP driverless car, which was shown off at CES 2018. However, the microSNAP is significantly smaller, with roughly the same dimensions as a Renault Twizy.

“Customers increasingly want prompt deliveries and many passengers are unwilling to use shared taxis, which have to take time-consuming detours by design,” explained Frank M Rinderknecht, head of Rinspeed.

How a modular driverless car works for humans 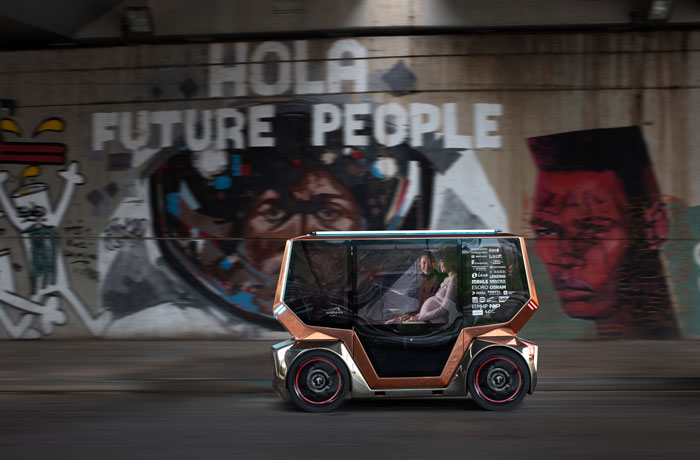 For human cargo, the microSNAP features a two-person Pod that is designed to feel personal to each user.

The technology is designed to instantly recognise each user, automatically configuring the vehicle to their personal preferences.

And there’s a lot to configure given the compact space, with a 49in LED screen, two distinct sound zones and the virtual assistant of the passenger’s choice.

One vehicle, many uses 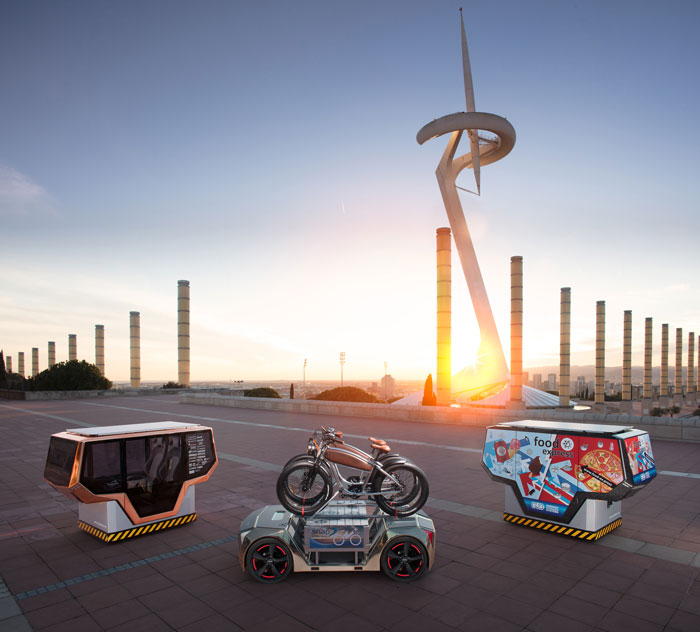 Away from humans, Rinspeed envisions the technology to host a large selection of applications, primarily in the delivery space.

For example, the microSNAP could be equipped with temperature-controlled pods to deliver either hot or cold food, or be designed to safely transport fragile or unusually shaped objects.

They could also be used to transport medical supplies and equipment in order to quickly respond to medical emergencies. 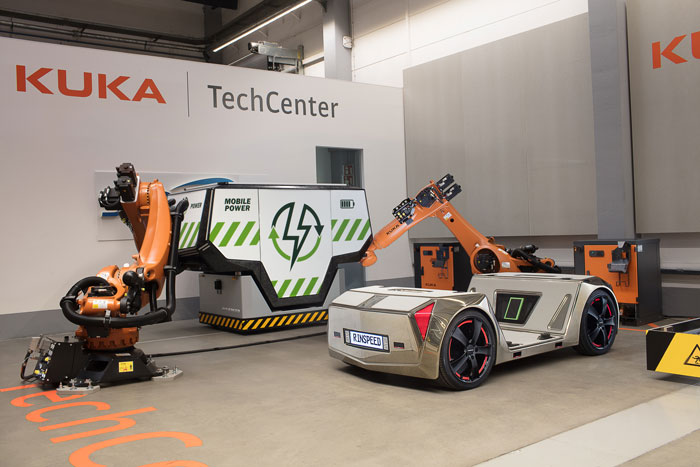 While the modular driverless car design is primarily focused around versatility, it also provides a means of improving the shelf life of such vehicles.

As with any technology, advances over time will render earlier driverless car models obsolete, particularly in the early days of consumer use of the technology where improvements will likely come thick and fast.

With the microSNAP design, the technology is encased in the Skateboards, which will also take greater levels of wear that the Pods. As a result, these can be swapped out as the technology progresses without having to replace the Pods, making their use potentially more sustainable than with conventional driverless vehicles.

The microSNAP vehicles will be on display at CES 2019 in Las Vegas from 7 January.