Scientists have shown how nanomaterials can be added to plants, creating the possibility of giving them useful abilities such as detecting explosive chemicals or harvesting light more efficiently.

Nanomaterials are materials that are between 1 and 1,000 nanometres. Scientific research often focuses on engineering useful properties in areas ranging from medicine to electronics.

A research team at the University of Melbourne, Australia, demonstrated how plants can make nanomaterials called metal-organic frameworks, or MOFs.

It is these MOFs that could potentially allow the plant to perform new functions not seen in nature.

How do plants integrate nanomaterials?

While plants easily absorb water and molecules dissolved in fluids, they struggle to absorb larger nanoparticles.

To overcome this challenge, researchers effectively ‘fed’ a plant an MOF precursor, which are the ingredients to the nanomaterial. Once the plant has absorbed it into its vascular network, it converts it into the larger, finished nanomaterial.

Richardson and his team tested this theory by adding metal salts and organic linkers to water. They then placed cuttings or intact plants into the solution and found that the plants successfully absorbed a fluorescent MOF precursor into their tissues.

Lotus plants that produced MOFs were able to detect small concentrations of the chemical compound acetone in water, which they measured by the decrease in fluorescence of the materials.

Because the nanomaterial plants can detect chemical compounds, the researchers reason that they could be modified to detect explosive compounds, which could be of value for airport security.

The benefits of nanomaterial plants in space

There has been some stigma around manipulating plants, such as genetically modified crops. But humans tinkering with plants is nothing new, says Joseph Richardson, PhD and lead researcher of the study.

“One example of this is flower dying,” he says. “You’d immerse a cut flower stem into some dye, and the dye would be taken up through the stem and penetrate into the flower petals, and then you’d see these beautiful colours.”

Researchers say it could also be applied as coatings on plants to help convert harmful ultraviolet (UV) rays into light that can be processed via photosynthesis, an ability that could prove useful for space exploration. 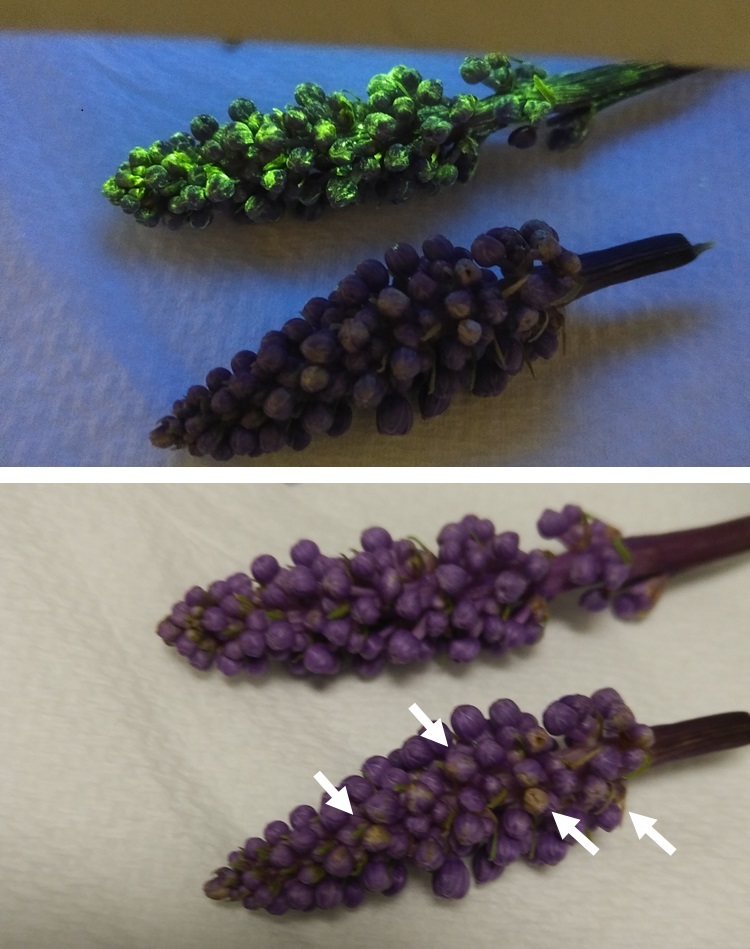 “As we contemplate growing crops in space or on Mars where you don’t have an atmosphere and are bombarded by UV rays, something like this could be helpful,” explains Richardson.

“That’s because it not only protects the plants from the UV rays, but it also turns them into useful energy. Especially as you get farther away from the sun, it’s harder to capture all of the light you’d need for photosynthesis.”

Although early tests of the augmented plants are promising, more research is needed to determine whether nanomaterials can help plants grow.

Further tests will also need to be done to determine whether the nanomaterials have any toxic effect on the plants.

Read more: What is biotechnology and why does it matter to business?