Some of the world’s biggest drug companies warned that they will withdraw from the UK market if the NHS does not receive an extra £20bn a year.

In its manifesto published in the lead up to the UK general election, the Association of the British Pharmaceutical Industry (ABPI) has demanded an increase in health spending from 9.9 percent to 11 percent of GDP.

“This General Election comes at a critical juncture. Do we want to improve NHS patient outcomes and ensure Britain continues to be a global player in Life Sciences, or run the risk of the UK becoming a desert for healthcare innovation? Patients and voters will expect each party to set out a clear strategy to address this important issue,” said Lisa Anson, ABPI’s president and UK president of AstraZeneca, a British–Swedish multinational pharmaceutical company.

“Ensuring that the NHS and Life Sciences industry are at the heart of the new industrial strategy, and Brexit negotiations, is also crucial for securing this ambition,” she added.

Without higher health spending, companies would delay launching medicines in Britain or conducting clinical trials in the country, the ABPI warned.

How big is the UK’s pharmaceutical sector?

The UK does not export as many pharmaceutical products as market leaders like Germany and Korea, according to an Office for Life Sciences report published earlier this month.

However, the UK exported almost $40bn worth of pharmaceutical products in 2015 — more than India, Italy, Ireland, France and the Netherlands.

Up-to-date UK data, available from ONS, shows a 17 percent rise in pharmaceutical exports between 2014 and 2015. 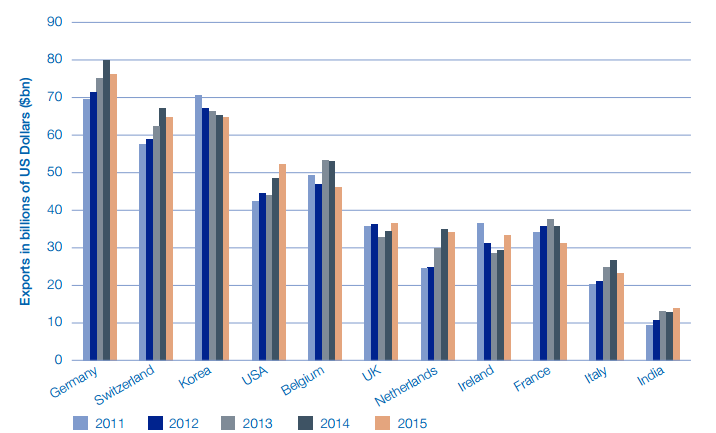 In 2016, the UK had the sixth highest gross value added for pharmaceutical manufacturing compared to selected competitor countries.

Germany and Switzerland continue to be two European countries with the largest pharmaceutical manufacturing sectors. 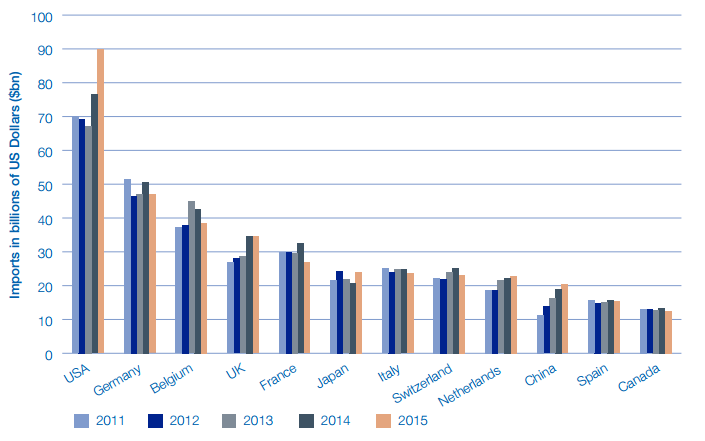 In 2015, the UK had the fourth highest value of imports of pharmaceutical products after the US, Germany and Belgium.

How many people in the UK are employed in the pharmaceutical sector?

The UK employs a significant number of people in the pharmaceutical industry.

Although Germany continues to have the highest level of employment in the sector, based on data for 2011 to 2015, the UK is ahead of a number of other European countries, including Spain, Denmark and Belgium. 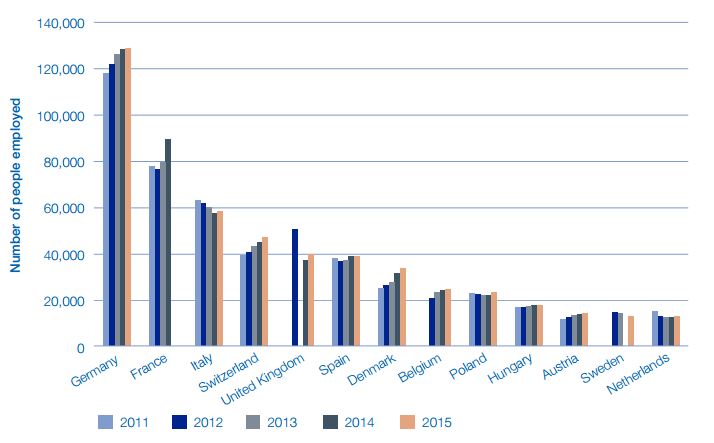 It remains to be seen whether or not the UK government will listen to the ABPI’s demands. However, given the importance of the pharmaceutical sector to the UK economy, it is likely that the recommendations will be taken seriously.

Simon Stevens, head of NHS England, has already made clear that cost-cutting is a key focus.

Limits have been imposed on medicines costing the NHS more than £20m a year, even if they are deemed good value for money.