0 Reddit Email article LinkedIn 0 0
Molly Lempriere
‎Molly is a features writer. You can reach her at molly.lempriere@verdict.co.uk

Until recently Mexico’s oil and gas sector has been state owned.

That’s meant there have been no new license sales for exploration or extraction for the last 15 years.

This is all about to change however, with the first round of sales opening up vast possibilities for the resource rich country.

“The overall target is to increase production to over 4m barrels of oil equivalent per day by 2030,” says director of Robert Gordon University’s (RGU) oil and gas institute professor Paul de Leeuw.

“This means that Mexico has to develop new production equivalent to what the North Sea is currently producing.”

With such great potential for its oil and gas industry to grow, and grow fast, it will require an extra 114,000 new professionals, both at graduate and vocational level to run its enlarged sector. 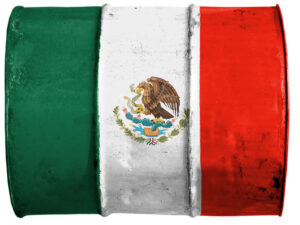 Scotland’s RGU has stepped in to help Mexico expand its work force, working with the Mexican government to design and build a skills development framework.

The partnership with Mexico began in 2015, when the president of Mexico visited RGU as part of a state visit.

Following this, a moratorium of understanding was signed which cemented the relationship between the two energy industries.

But what does the UK stand to gain?

Opinions over the longevity of North Sea oil are split, with some estimating it will continue for another 100 years and others predicting its demise in fewer than 40.

The UK previously felt a sense of oil security, with the North Sea providing a reliable source of energy and revenue.

However the global oil crash caused the oil price to drop from over $110 per barrel in the summer of 2014 to a mere $30 in early 2016. As a result many rigs were decommissioned and other projects scaled back.

The UK is though expected to continue to need oil for decades to come, despite advances in renewable energy technology.

“It is clear from the findings of the report that the UK has a significant role to play in supporting the oil and gas developments in Mexico,” says de Leeuw. “A number of UK operators have already secured offshore licences in Mexico and there will be a substantial opportunity for UK supply chain companies.”

The partnership with Mexico may add a level of security to both Mexico and the UK’s energy future, putting the UK first in line for licenses in unexplored territory.

A longer version of this article first appeared on offshore-technology.com. You can read the full version here.