The RSM Classic ushered in the PGA Tour’s December break. Golf fans will have to wait for the Sentry Tournament of Champions in the New Year for the FedExCup race to continue. However, you can still get your sports fix during the festive season with the QBE Shootout 2017 set to get underway today.

While part of the PGA Tour, the QBE Shootout serves as filler during the break. However, featuring 24 of the sport’s top professionals, the tournament still promises plenty of entertainment. With a $3.3m purse to be divided among competitors, that should be motivation enough to ensure that they’re at their best.

The popular Pro-Am tournament, which sees a number of amateur players pair up with the pros, has already been played. However, the main three-day QBE Shootout 2017 event will get underway today, Friday, 8 December, with the winner crowned on Sunday, 10 December.

With no FedExCup points up for grabs, the QBE Shootout is able to offer something a little different to other PGA Tour tournaments.

The tournament sees 24 professionals divided into 12 teams of two to compete in three rounds of play.

Since 2014, the tournament has kicked off with a scramble round. This sees both players in a team tee off at the start of each hole. The team must then decide between themselves which drive was best and continue playing from this point. Teams will repeat this process after each shot, picking which was best and continuing play from that position. Round one will take place on Friday, 8 December.

The second event, a greensomes play, begins in the same fashion. Both players in a team will tee off, before picking which ball is best positioned. They then take it in turns to take shots until the ball is in the hole. Round two will take place on Saturday, 9 December.

The final round is a better ball event. This sees the teams split to play their own round. Each player takes every shot from start to finish. However, only the lowest score from each team is counted. Round three will take place on Sunday, 10 December.

QBE Shootout field: who will take to the course in Florida?

A total of 24 golfers will take to the course this week. All of those that take part have either qualified via their FedExCup ranking, won the tournament in the past or are personally invited by the organisers.

Here’s how the QBE Shootout field will look this year:

QBE Shootout tee times will be announced the day before each round begins on the QBE Shootout website. So far, only the tee times for round one are available.

The scramble round will get the tournament underway today. Russell Henley & Kyle Stanley will tee off first at 3:15pm London time, shortly followed by Brian Harman & Pat Perez at 3:30pm.

See the full list of ABE Shootout tee times below: 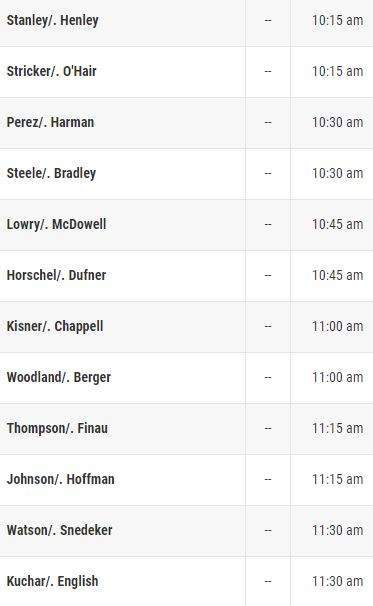 The organisers will announce the round two tee times shortly. Round three will be announced on Saturday.

Where is the QBE Shootout held?

The QBE Shootout 2017 is being held at Tiburón Golf Course for a 17th consecutive year. The tournament is played each year on the luxury golf club’s Gold Course, which was designed by golfing icon and QBE Shootout host Greg Norman.

Designed to maintain the area’s natural beauty, the 18-hole course provides spectators with stunning views of the surrounding greens. Owned by the Ritz-Carlton hotel group, Tiburón is always kept in excellent condition, providing optimum conditions for the players and great viewing for those in attendance. 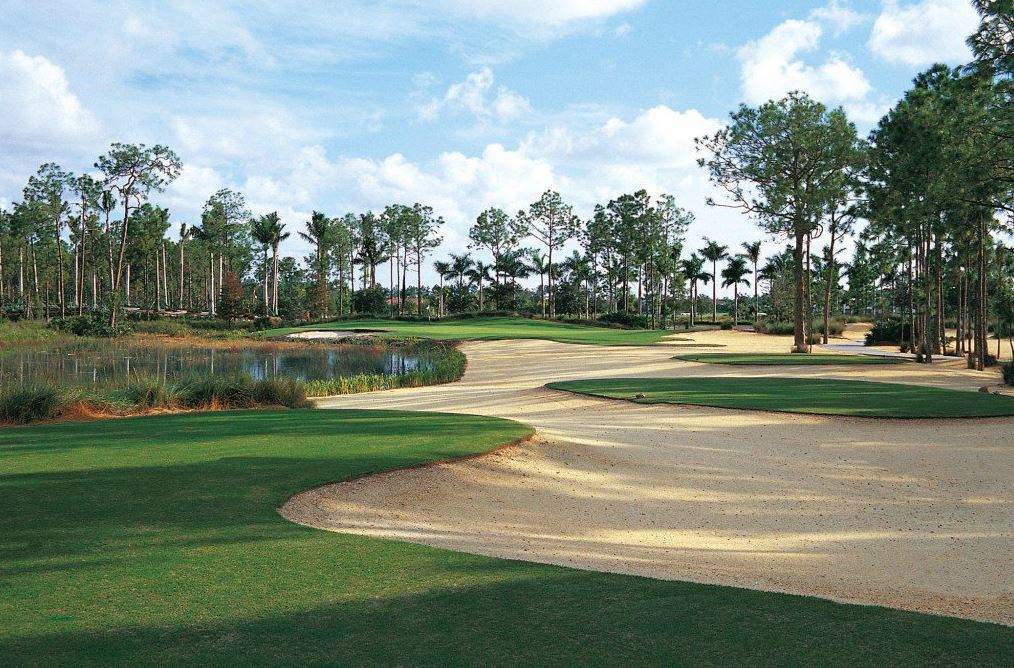 As Florida’s only PGA Tour event, the QBE Shootout 2017 is likely to attract a big crowd. However, it isn’t too late to grab yourself a ticket.

Tickets are still available via the QBE Shootout website, including day tickets for $35 and week tickets for $80. Alternatively, there are also a number of hospitality packages available, which grant ticketholders access to the Naples Beach Brew House or Greg Norman Estates Shark Club hospitality suites.

Those that are unable to watch the action from Tiburón, you can catch the tournament on television over the weekend.

Sharing the stage with the European Tour’s Joburg Open and Omega Dubai Classic, Sky Sports Golf won’t be broadcasting the tournament until 6:30pm London time in the United Kingdom. However, golf fans will have the chance to watch each stage, with coverage starting at 6:30pm on Saturday and 6pm on Sunday.

Likewise, those in the United States will be able to catch the tournament on the Golf Channel and NBC Sports. Coverage will begin at 6:30pm London time on Friday and Saturday and at 6pm on Sunday.