In Pakistan, 51% of people are expected to own smartphones by 2020, but 48% of children cannot read a simple sentence by the time they leave primary education. To bridge this divide, Haroon Yasin set up the Orenda Project to teach the national curriculum using digital learning. Verdict talked to him about how Orenda’s Taleemabad app is bringing education to children overlooked by traditional schooling.

Haroon Yasin grew up in a middle-class family in Islamabad but saw incredible disparity with poor areas on his doorstep devoid of any basic services. When he dropped out of college – though he did eventually graduate from Georgetown University in a different discipline – he got to know the children living in the slums where they started working at the age of four, picking up trash on the streets and chronically malnourished.

“I became consumed with wanting to do something for them,” he says. “I rented a two-room building and opening a day-care centre because all I wanted was for these really young kids to be off the street.”

Yasin’s team found that one of the best ways to keep them engaged and happy was to teach them in a way that they enjoyed, so they inadvertently became teachers. As they themselves had hated formal education as students, it gave them insight into what needed to be done to fix it.

“That school in the slum flourished and had 100 kids in the school at one point. We used to feed them and teach them a lot of different skills,” Yasin says.

“We started thinking about the fact that they were about 24 million of these [out of school] kids all across our country. We started travelling all around crisscrossing to small villages and towns, where it was almost impossible to get to by car or a motorbike, and we had to go down a track or take a bull cart to those places.”

Yasin would stay in the villages helping the farmers in the field and spending time with communities to really get to the heart of why, even where there was a free educational opportunity, most students were choosing to forego that.

“I was farming with this particular farmer and I became frustrated with the whole thing and said, look, why don’t you send your kids to school? It’s right there and it’s free. And he became really cross with me and said why should I send my kid to school?” says Yasin.

“He had two children and sent one of them to school while the other stayed in the fields. The one that had gone to school had eventually grown weak because he would be indoors all day studying and got glasses, which was a bit of a stigma for the people in the village because they’re, like, he has a disability now.

“Eventually, even after completing 10 years of education, he didn’t get a job. And so he came back to the village, not strong enough to do any work in the fields, not educated enough to be employed in a high-rise office.”

Yasin believes that farmer’s generation was failed when Pakistan established its public education system, and that failure has been repeated across the world. He also noted an unusual disparity; in Pakistan, 50% of the children grow up chronically malnourished, and many are taken out of school because they have to work long days.

But even among the poorest children he taught, their parents found the resources to somehow buy mobile phones as they are so essential to modern life. Even in areas with no electricity supply, they would bring phones to the local mosque to charge as there was always a small generator there.

“We began to see this as a terrific opportunity to put out the work that we did, and that’s how Orenda was born four years ago to digitise the natural curriculum, applying all of the things that we learned as teachers, despite being reluctant technologists,” says Yasin.

Initially, 70 children used the national curricula app Orenda built, called Taleemabad, which is Urdu for Education City. It uses animated cartoons to deliver education starting from the very basics of reading and mathematics. But as the organisation grew to accommodate 500, then 5,000, then 50,000 children, the team could no longer keep track of individuals and their progress.

“One of the things that is heartbreaking as a teacher is that we know that there are names and stories and children behind those numbers,” says Yasin. “An important part of building the service is about using the right technology so we can show not just the time children spend on the platform but that they are gaining meaningfully from it as well.”

But numbers alone cannot do justice to some of the moving use cases. Orenda received a call from a cancer hospital that was using Taleemabad to ensure children undergoing chemotherapy didn’t fall behind in their education and asked for advice on how to use it more effectively.

After consultation with the medical staff, Orenda introduced a new character called Bano who suffers from cancer. She has now become part of the main animated cast.

“I think I will remember 50 years from now, beyond all the learning statistics and everything else, that the platform has grown to an extent where it can serve not only learning needs, but you can help children be children, in some cases in some of the last days of their lives,” says Yasin. 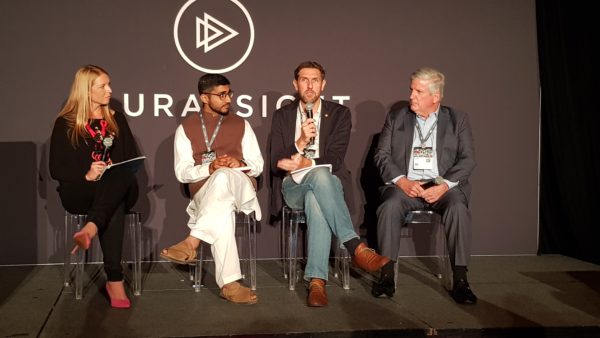 Haroon Yasin joins other Pluralsight One beneficiaries on stage at the recent Pluralsight LIVE! event.

Support from the Malala Fund

To bring Taleemabad to girls in places where there is no access to the internet or even landline telephones, Orenda has developed a tablet in the form of a sturdy storybook as an offline way for children to consume national curriculum content. It costs just $20 to produce, has a long battery life and is delivered with pre-loaded content to girls in those communities.

After they have studied for a year, they can go to a roadside mobile shop that Orenda is equipping with the next year’s curriculum, which the girls can download to continue their education at home without ever having the need to go to school.

“This is a temporary use case because eventually we find that more and more communities are getting access to smartphones, even if they don’t have access to roads or electricity,” says Yasin. 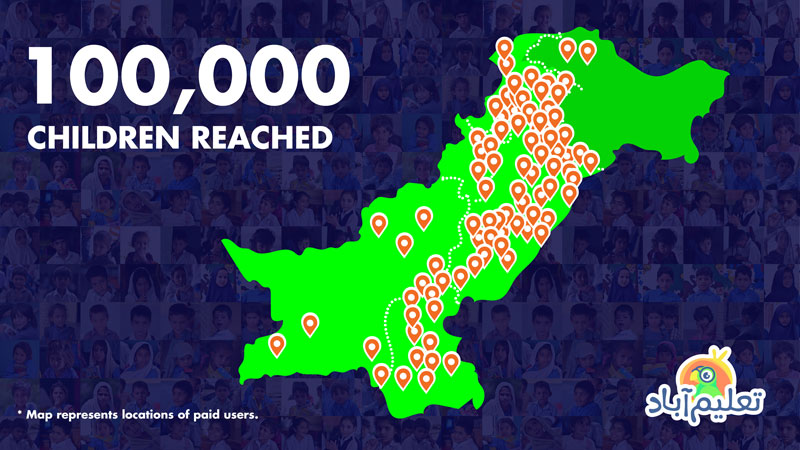 One challenge Yasin has found is that some children don’t know their native language well enough to proceed to higher-level skills, so Taleemabad now offers basic numeracy and literacy skills.

“Once you’ve taught a child how to read and write, the world is their oyster,” says Yasin.

“Google now offers the opportunity to search in Urdu, so as soon as they’ve mastered even a few words they are digital natives; they will go online and want to find everything on their own. And that’s what we want to teach our kids to do; give them the critical skills.

“Keep teaching them what they’re supposed to learn as part of the national curriculum, but we’re also pulling them to the side and saying you could do anything with it. You want to go and see how it applies to your case? Do you want to build something new with it today?

“And that goes to the heart of why we exist as a company. We’re not just making content and delivering it to 100,000 households.”

Read more: Is technology the answer to the accessibility issue in education?