“Diversity drives innovation” has been the battle cry of many tech giants in recent years, and to a company they boast admirable inclusivity programmes. But two years after the #allmalepanel hashtag began trending, the technology conference where gender balance is reflected in the panels and audience is still a rare beast.

Online technology learning provider Pluralsight put cracks in the glass ceiling at its first Pluralsight LIVE Europe event, which closed Tuesday in London, by hosting over 50% women panellists with a similar balance among attendees.

Pluralsight founder and CEO Aaron Skonnard told Verdict: “In the US we only had 40% last year, and now we’re up to 50%. What’s been so fun about this event is nearly every customer meeting we’ve done has been full of women. Shell had five women executives, not one man.” 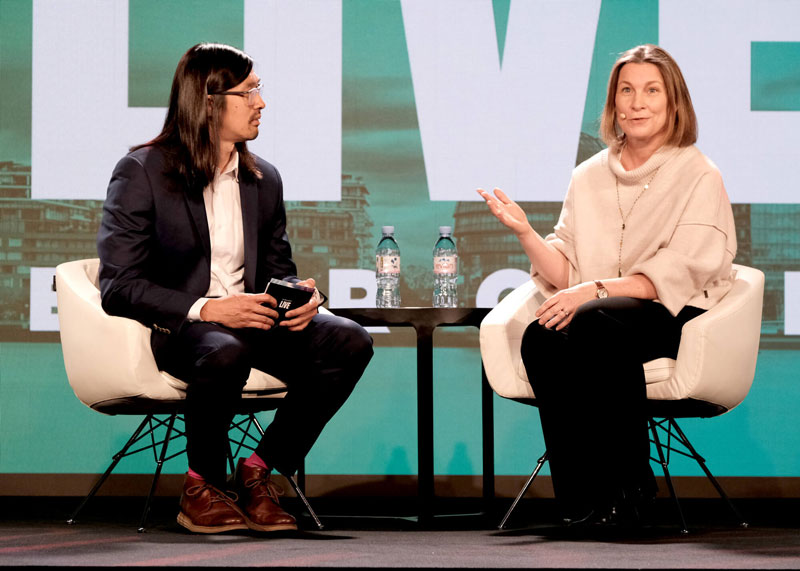 The company’s social impact initiative Pluralsight One is also going from strength-to-strength, and head of social impact Lindsey Kneuven has spent the last few weeks in Uganda, one of the world’s largest refugee-hosting nations, looking at ways to train refugees for a future career.

“Our partnerships with the Norwegian Refugee Council (NRC) and a number of other big European organisations are really blossoming,” said Skonnard.

“We’re doing big things with NRC– they’re one of our big grantees from Pluralsight One this year. They’re using our platform at scale, looking to transform the way they work with refugees across different refugee camps to bring tech in as one of three ways to break out that.” 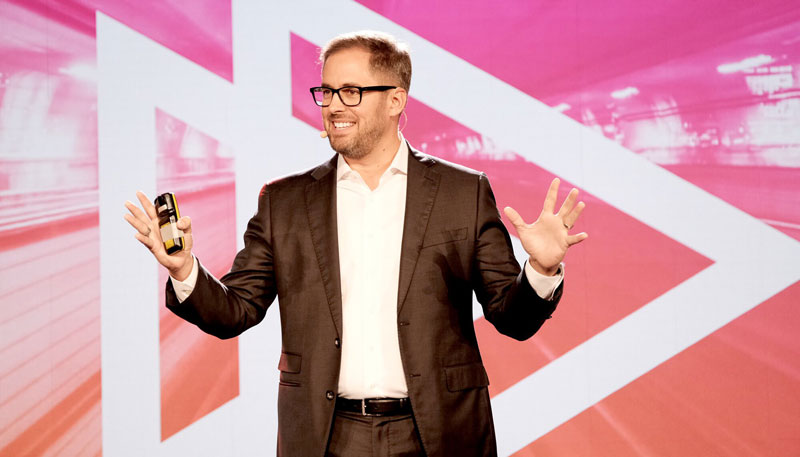 Pluralsight founder and CEO Aaron Skonnard onstage at the event.

The company also launched Pluralsight Q&A at the event, its solution to the perennial problem of tech teams losing essential skills.

Skonnard said: “If you can capture the knowledge while employees are at the company, then if they leave it doesn’t walk out the door with them. Q&A is a really simple to search; because of the way questions and answers are structured, search technology works really well at indexing it. So in the future when you have a question it’s probably going to look similar to a question someone else asked a year or five years ago, and then being able to search and pull that up is super-useful.

“It can be very specific to your architecture, your domain, your IP. So if you’re working at the NSA, you’re not posting anything on the public web or if you’re working at a bank like JP Morgan you have to be very careful with compliance and regulation around what you share with the world. This gives them a very safe environment.” 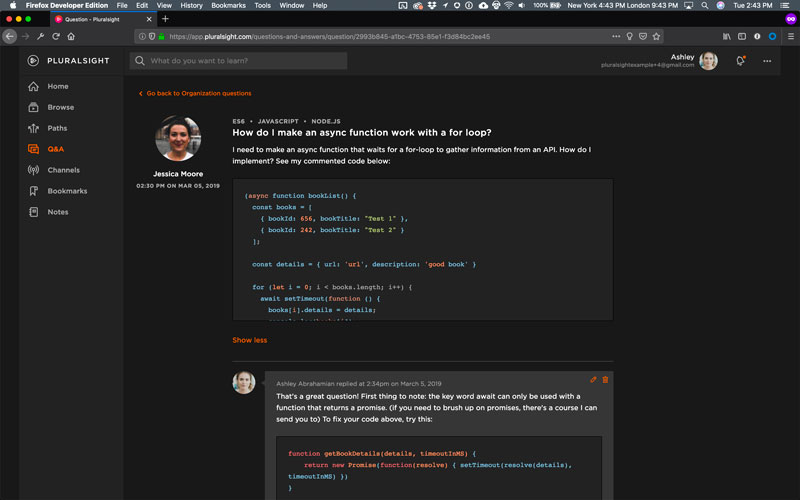 Pluralsight Q&A was announced at the event.

Pluralsight announced at the beginning of May that it will acquire developer team productivity tool GitPrime, which Skonnard says completes the ‘virtuous circle’ of technology learning.

“Before we could assess skills, we can expose skill gaps and then we can close them, but what we couldn’t do is show if developers are producing better outcomes? And that’s where GitPrime comes in” he said.

Skonnard recognises that developers may initially worry their work rate is being spied on, but believes a cultural shift needs to happen to empower developers and lift the entire ecosystem.

“It’s going to require software engineering leadership to up their game – they’re going to have to be better leaders. And if it’s used properly by the leaders, that’s incredible powerful and that’s what’s going to separate the best companies from just the good ones,” he said.