2017 really has been an incredible year for video-games.

Games have had all kinds of events to enjoy. There’s been the launch of Nintendo’s new handheld-home console hybrid, the Switch. Gaming has leapt into Ultra high-definition 4K with the new Xbox One X and PS4 Pro. And Facebook’s announcement of the Oculus Go looks to bring VR to the masses soon too.

If anything stands out about gaming in 2017 it’s that the hobby has really opened its doors. Gaming has become a live-event through eSports, a luxury hobby, and, simultaneously, something for everyone to enjoy. It really does depend on how invested you are in the technology behind it.

Of course, whether they’re a luxury gamer with top-of-the-range technology, VR accessories, and an enormous 4K television, or just an enthusiast still enjoying games on a more modest setup, what unites all gamers is the games. A good game is a good game for everyone, not just those who can afford top of the range tech to play it on.

However, with more avenues than ever to enjoy games (handheld consoles, home consoles, VR, mobile) it can sometimes be tricky to know what you should play next. Thankfully, that’s where The Game Awards come in.

Like the Oscars or BAFTAs for film, the Game Awards are an annual celebration honouring the biggest achievements in gaming. The awards also provide a look-forward to video-games that are in development, including developer interview and game trailers.

This year’s Game Awards took place at the Microsoft Theatre in LA on 7th December 2017. The nominees for the awards can be found below. 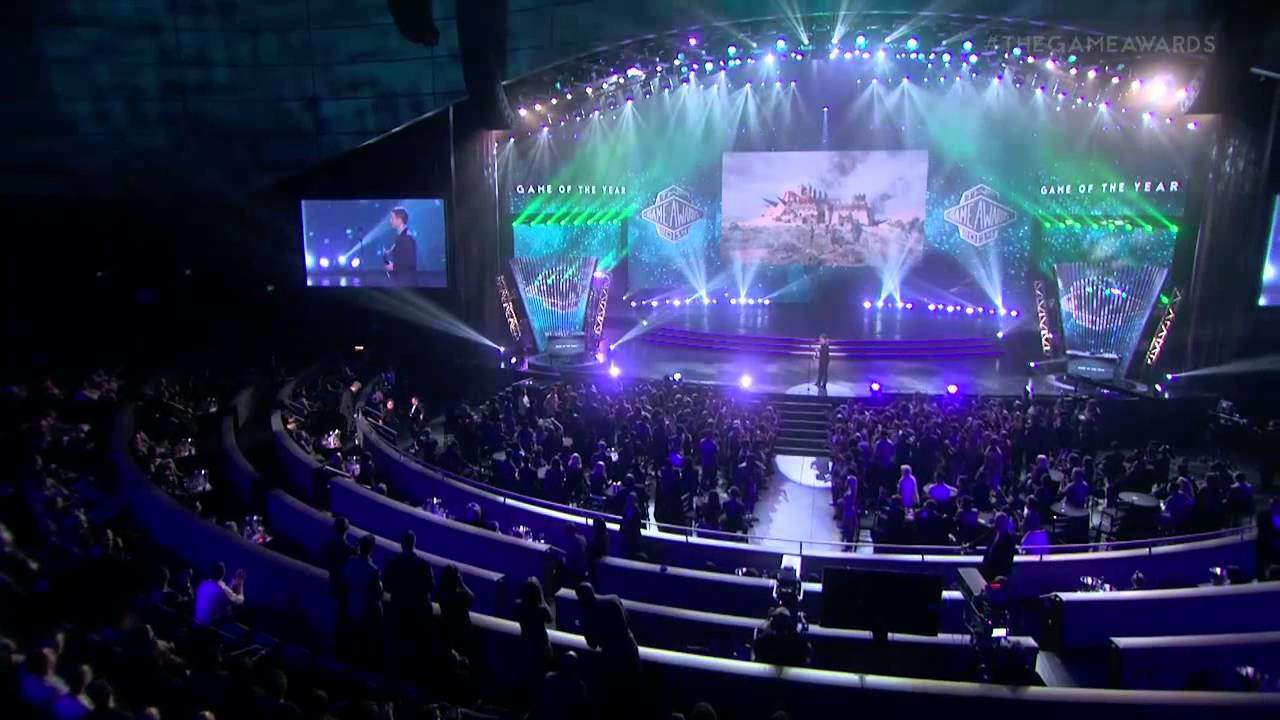 The history of The Game Awards:

As with most award shows, The Game Awards have quite a backstory. From 2003 to 2013, Paramount’s Spike TV hosted the Spike Video Game Awards. The awards took place at the end of each calendar year and celebrated the best games released in that year.

Each award show was produced and hosted by Geoff Keighley, a journalist, host, and producer of video game programming.

In 2013, the Spike Video Game Awards had a rather unexpected rebrand. Instead of the award show fans had come to expect, 2013’s awards were given a ‘more intimate setting’ and featured more game demos and one-on-one interviews. The change was panned by fans. By 2014, Spike TV announced it was ending the game awards.

Unhappy with this decision, Keighley took it upon himself to reach out to several key entities in the industry to revive the awards. These included software manufacturers like Ubisoft, EA, Rockstar, and Activision. Hardware manufacturers including Sony, Nintendo, and Microsoft also threw their weight behind the event.

Thus, The Game Awards was born in December 2014. It is live-streamed on consoles and Valve’s Steam network each year and presented and produced by Keighley. In 2017, Keighley announced that there’d been interest in the awards from certain movie studios, so film trailers and announcements would become part of the show too.

How are the Game Awards 2017 nominees and winners chosen?

The Game Awards, unlike the Oscars or BAFTAs do not have an ‘Academy’ of voters. Instead, they have a series of committees. The first is the advisory committee. This is made up of the event’s backers, developers and hardware producers from Microsoft, Sony, Nintendo, AMD, Electronic Arts, Activision, Rockstar Games, Telltale Games, Ubisoft, Valve, and Warner Bros. Interactive Entertainment.

The advisory committee chooses 51 influential global video-game news outlets to form a jury. Examples include IGN, Edge, and Wired. The jury then selects its picks for the nominated games in each category. Some specific categories such as eSports are chosen by only those publications writing about that particular field.

The advisory committee looks through the jury’s picks and draws out the most-nominated games in each field. The jury then votes from the final list of nominees.

There is also a public vote between 14th November and 6th December. However, in jury-voted categories, the public vote only accounts for 10% of the final vote. In addition, though, this is a separate selection of Fan’s Choice Awards chosen entirely by the public vote.

Who are the Game Awards 2017 nominees and winners?

In terms of awards, some games are clear winners in terms of nominations. Destiny 2, Horizon: Zero Dawn, The Legend of Zelda: Breath of the Wild, and Super Mario Odyssey lead the nominations with six apiece.

Nintendo also led the nominations with 23 nominations for their first and second party games this year.

The full list of Game Awards 2017 nominees and winners is as follows with winners in bold:

Game of the Year

As noted above, the public vote only counts towards 10% of the final tally. On the other hand, that 10% could end up making all the different in a tiebreaking situation.

Announcements at the Game Awards 2017:

As always, there were plenty of announcements at this year’s Game Awards. These include the new DLC for The Legend Of Zelda: Breath Of The Wild, the announcement of Bayonetta 3 in development exclusively for Switch, a new mode for Fortnite, and Soulcalibur VI being announced.

You can find all the trailers below:

Hotly anticipated co-op adventure, A Way Out will be launched in March and a free trial will be available

A World War Z game is in development for PS4, Xbox One, and PC

From Software, the studio behind Dark Souls and Bloodbourne is working on something new

The beloved Job Simulator is getting a sequel, Vacation Simulator

The studio Campo Santo is bringing out a follow-up to its fan-favourite game, Firewatch with a new game called In The Valley Of Gods

The Legend Of Zelda: Breath Of The Wild launched its new DLC pack straight after The Game Awards wrapped up

Soulcalibur VI is officially in development for PS4, Xbox One, and PC

Bayonetta 3 is coming exclusively to Nintendo Switch, and it’s two predecessors will be launching on the console in February too

The event was certainly a special evening for video-game fans!