Sir Tim Berners-Lee, the inventor of the whimsical World Wide Web, is the man responsible for tweet-bot election manipulation and Facebook data breaches.

And yet, full of intelligent energy, he tells a conference of cloud engineers from Juniper Networks: “If you have something you find vaguely exciting, clear a bit of space.”

He tells the story of his boss, Mike Sendell, writing “Vague, but exciting” on the proposal Berners-Lee sent him for the invention of the World Wide Web.

These same words could describe Berners-Lee’s latest intention to “fix the web” with the help of his latest project, Solid. 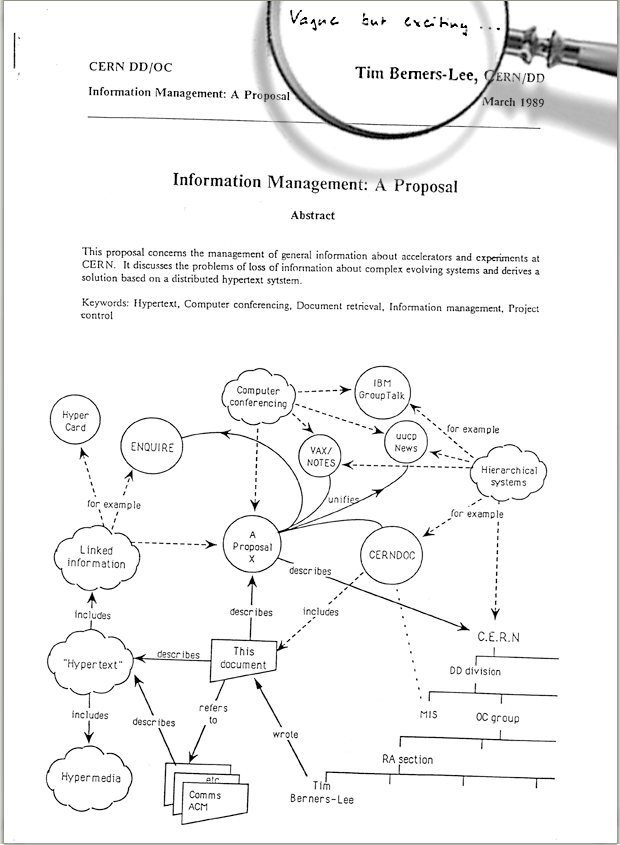 The utopian spirit of the web

Berners-Lee explains how initially, the internet revolution had “a very utopian spirit,” a John Lennon-esque spirit, where it had unimagined potential.

But he told Vanity Fair: “The web has failed instead of served humanity, as it was supposed to have done, and failed in many places.”

The whole idea behind the web, he says, was that it was decentralised, that the power belonged with individuals, bloggers, sharing quality links to other blogs that excited them.

“It was about the little people,” he says. “You just felt you were part of this amazing world, where the quality just went up and up.”

He imagined a world where there would be “tech, and we won’t need anything else”.

But now, people complain about junk on the web and so-called fake news, but, he says, “the way the web works, you curate your bookmarks,” so the choice of what to read lies with the user.

“Then Trump and Brexit happened”

Berners-Lee sees 2016, the year Donald Trump was elected to US President and the referendum for the UK to leave the European Union passed, as a tipping a point for the web.

“That’s when everyone had to step back,” says Berners-Lee. “It turns out there is garbage on the internet and there are people who read it and believe it. What’s wrong with this picture? They vote.”

The idea for the web used to be, “to keep the web free and allow creativity to blossom”.

Now he says: “There’s just infinite scroll-down, fed to them by an algorithm, which is learning lots of things about them and then manipulating them.”

And he says it’s not just him who is dismayed by the turn of the web.

“Never mind who got elected and that Brexit happened, democracy is not being served”.

Berners-Lee says the Web has had three lives: as Web 1, the blogosphere, Web 2, the centralised social network and Web 3, the algorithmic version.

Solid came out of research at MIT and is “a new way of using the web,” that came out of asking the question: “How can we go back?”

Solid, he says is about “everyone controlling their own data” and changes the whole way you build apps, using just one API – “the Solid server just does the job of stopping data”.

He explains that for an app developer, with no interest in harvesting and manipulating data or using it to build AI, it is about the front-end user experience and not the back-end server and data storage.

“The difference [with Solid] is you undertake not to look at the data at all,” he says. “I will figure out who is going to run that corporate server. All I have to do is make sure it’s reliable and secure and only give access to the right people.”

He is still exploring ways to use the Solid platform in different cultures.

In the US, he says there is a strong feeling of a man’s rights in his own home – you need a search warrant to enter, rather than a subpoena to look at someone’s data stored online.

But the aim of Solid is to bring the Web “back to the people”, in a decentralised form.

Coders want to help create it and people who do not code want it to be successful, says Berners-Lee, and the project already has a few thousand volunteers.

It will recapture the power of the individual, he says enthusiastically – get groups collaborating again, serve democracy and will mean once more that “people are being helped by the web instead of being destroyed by it”.