Bloomberg, the New York based financial services, data, and media giant, has just opened a new headquarters in the City of London.

The office, with a reported price tag of $1.3bn, is billed as the most sustainable office building in the world.

The complex — which will become home to around 4,000 London-based Bloomberg staff between now and December — was designed and built by UK architects Foster + Partners, fresh from the completion of Apple’s new $5bn Cupertino, California headquarters.

The 1.1m square foot site is two buildings joined by bridges and sits just around the corner from the Bank of England, overlooking both St Paul’s Cathedral and some of London’s most iconic skyscrapers.

Bloomberg staff will be vacating their current office on Finsbury Square in coming months, with one anonymous Bloomberg employee telling Verdict the company had out grown the old office to the extent that staff sometimes had to share desks.

The complex sits atop the Temple of Mithras — a Roman temple that was originally uncovered in 1953 during excavations for the Bloomberg building’s predecessor, Bucklersbury House.

The temple, along with some 14,000 artefacts, will open to the public next month.

Verdict took a tour of the new building. Here’s what it looks like. 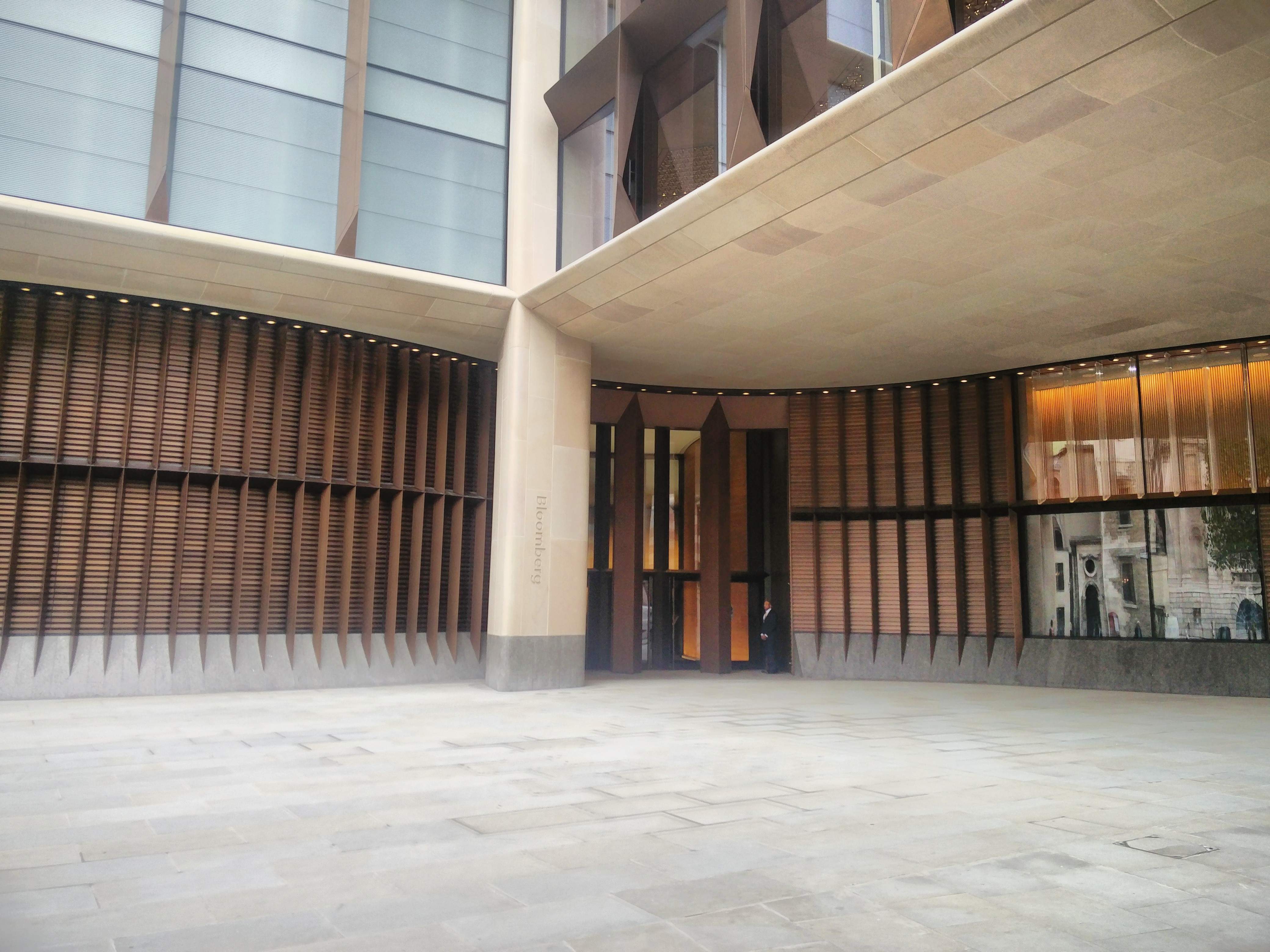 From the outside the main entrance to the building is somewhat underwhelming. 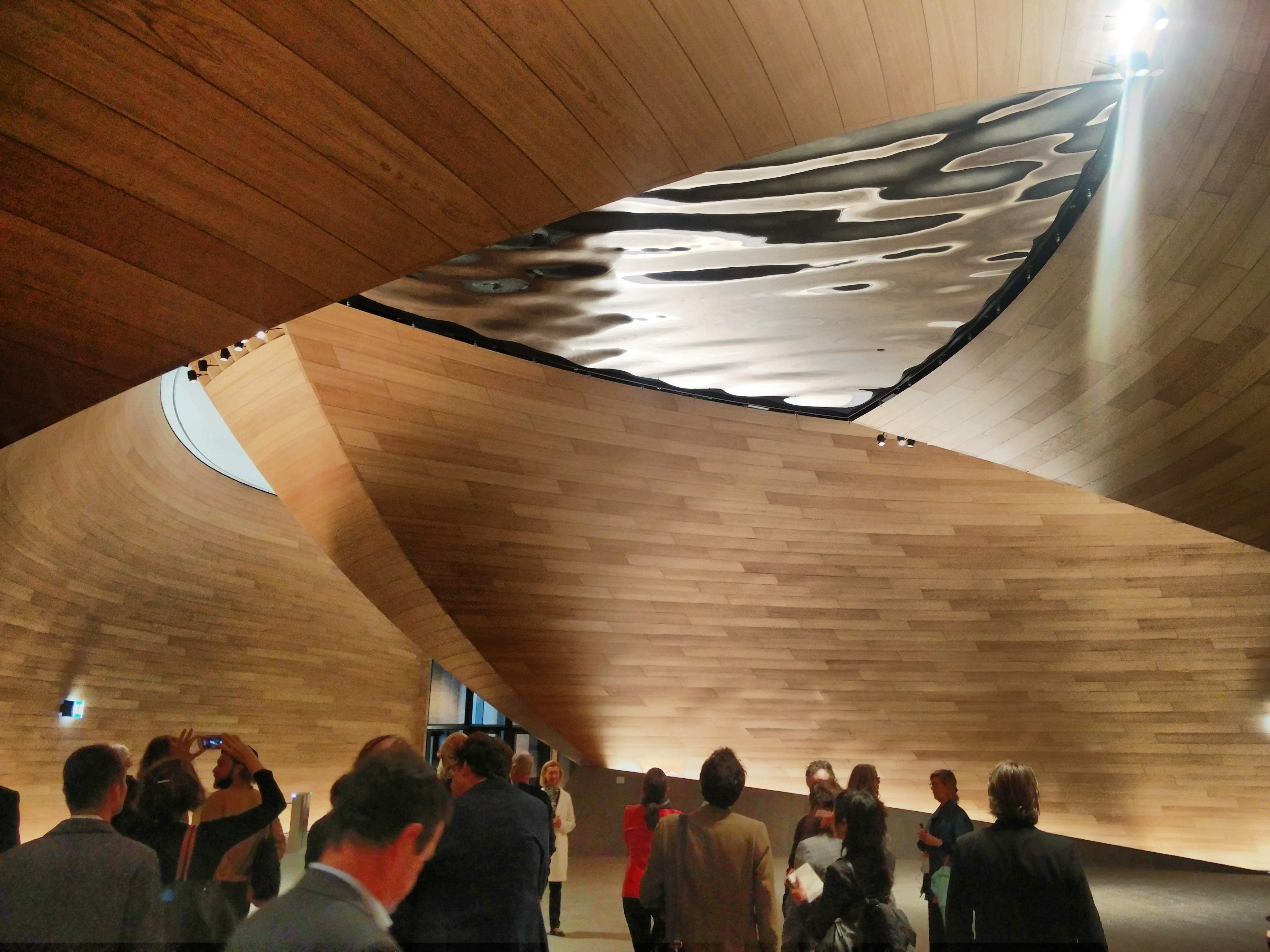 However the entrance is a huge, cavernous hallway with a mirrored ceiling that ripples like water. 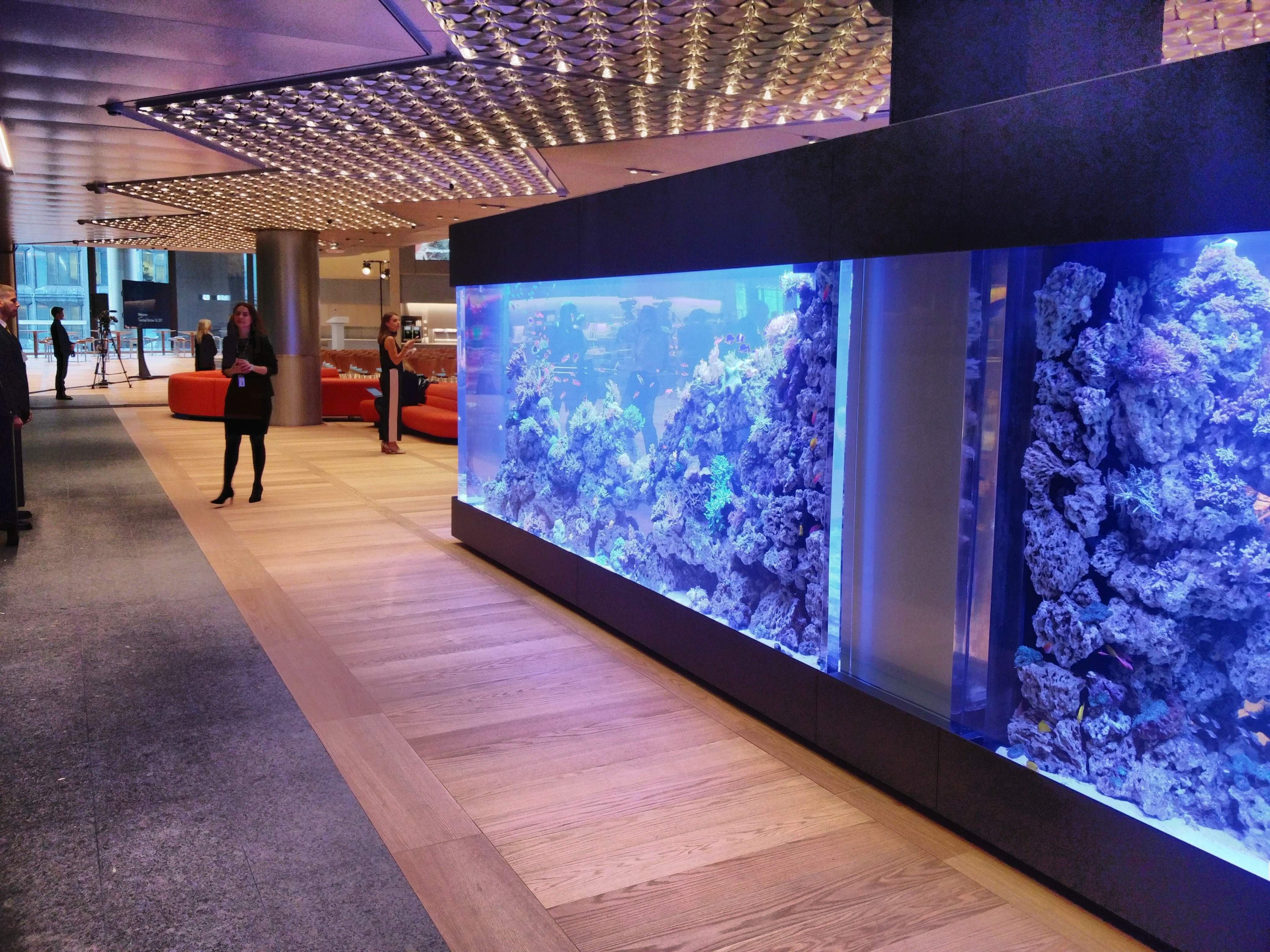 The fish tanks — which greet visitors at the entrance of the old Bloomberg London office — have been relocated to the 6th floor, called the Pantry. 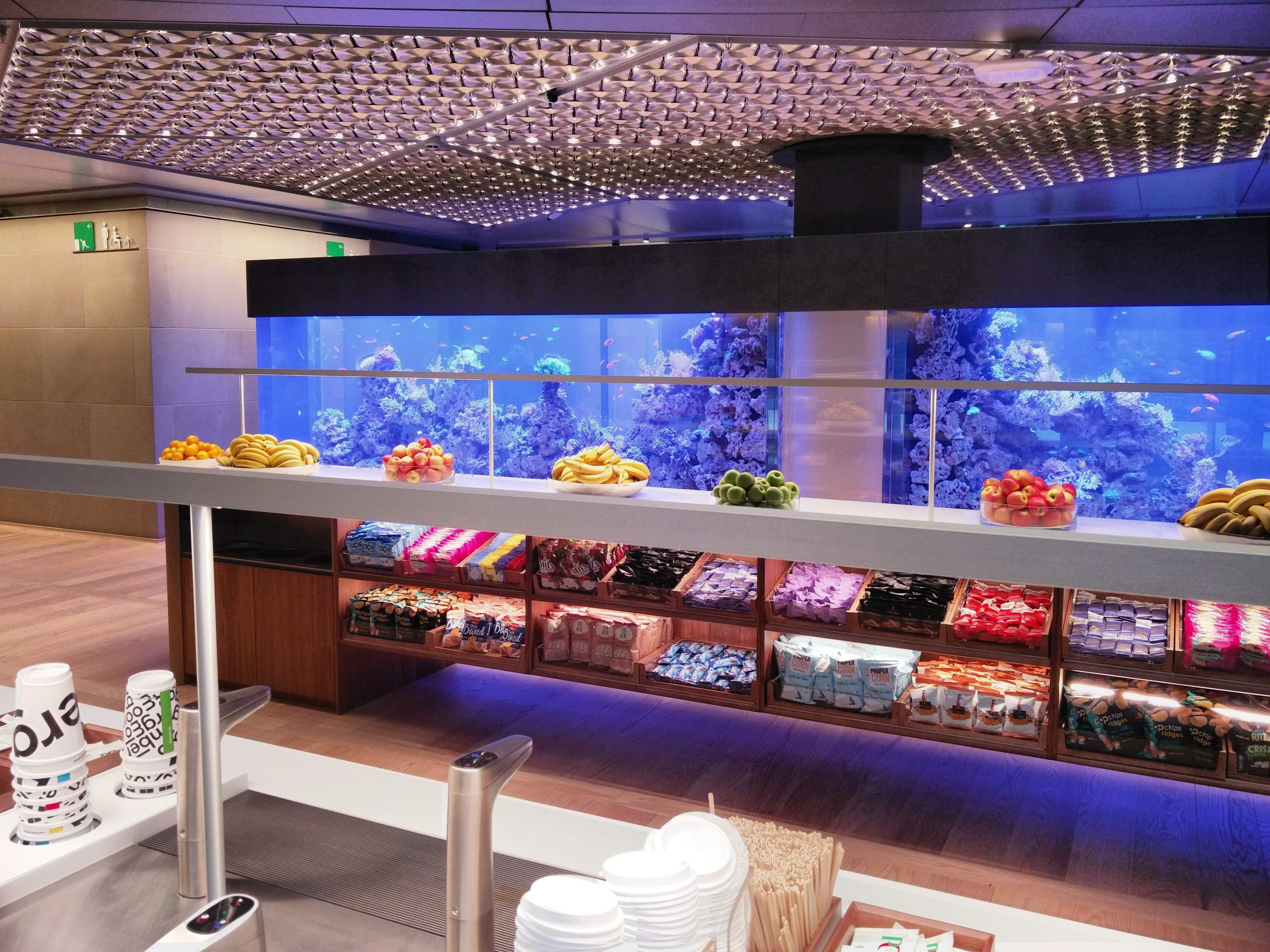 There’s a whole lot of free food in the Pantry, which guests are allowed to help themselves to. 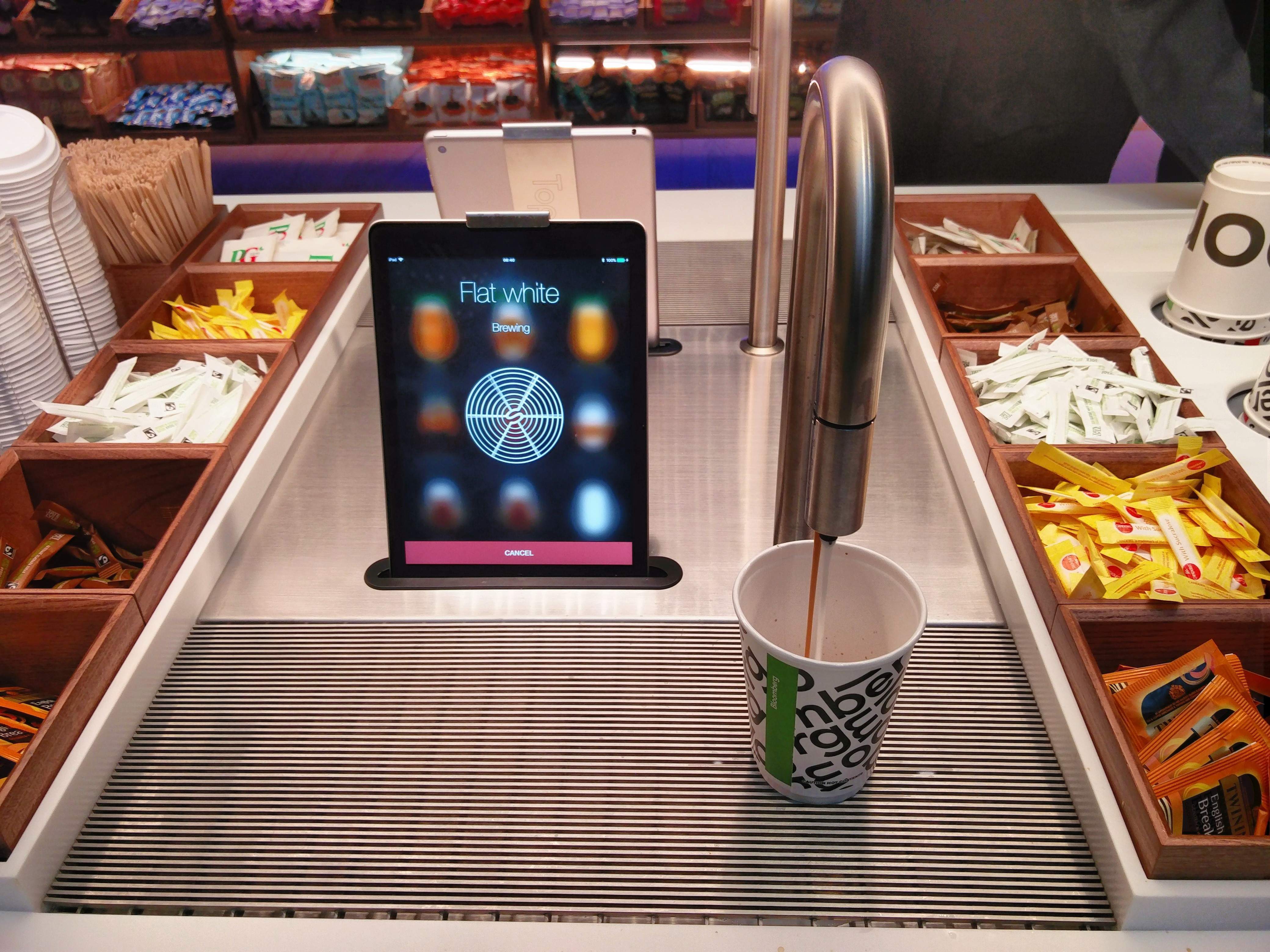 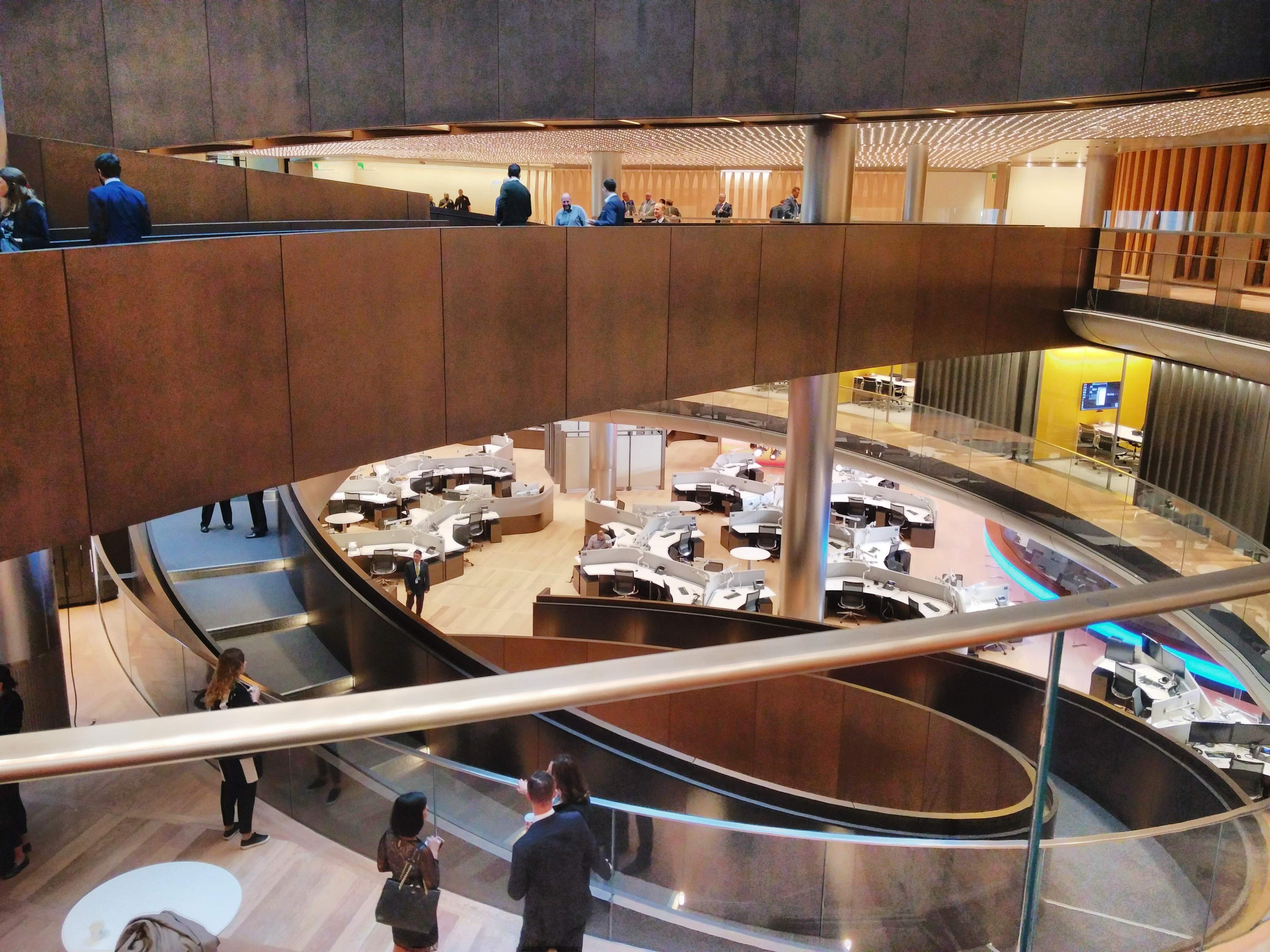 The centre of the building is a open plan column and you can use the helix staircase to move between the six floors. 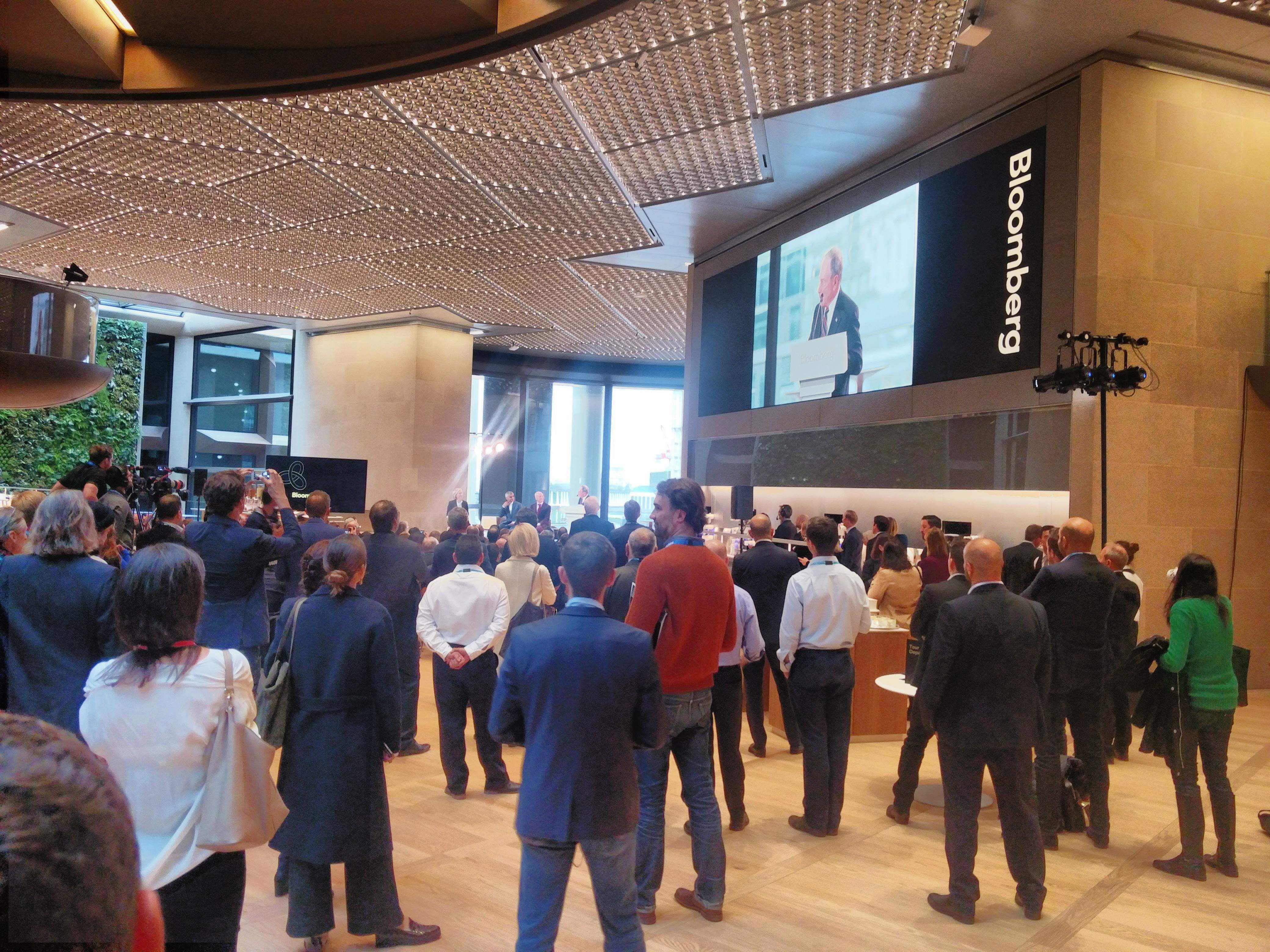 Mike Bloomberg, joined on stage by Khan and Foster + Partners executive chairman Lord Foster, spoke at the opening of the building. 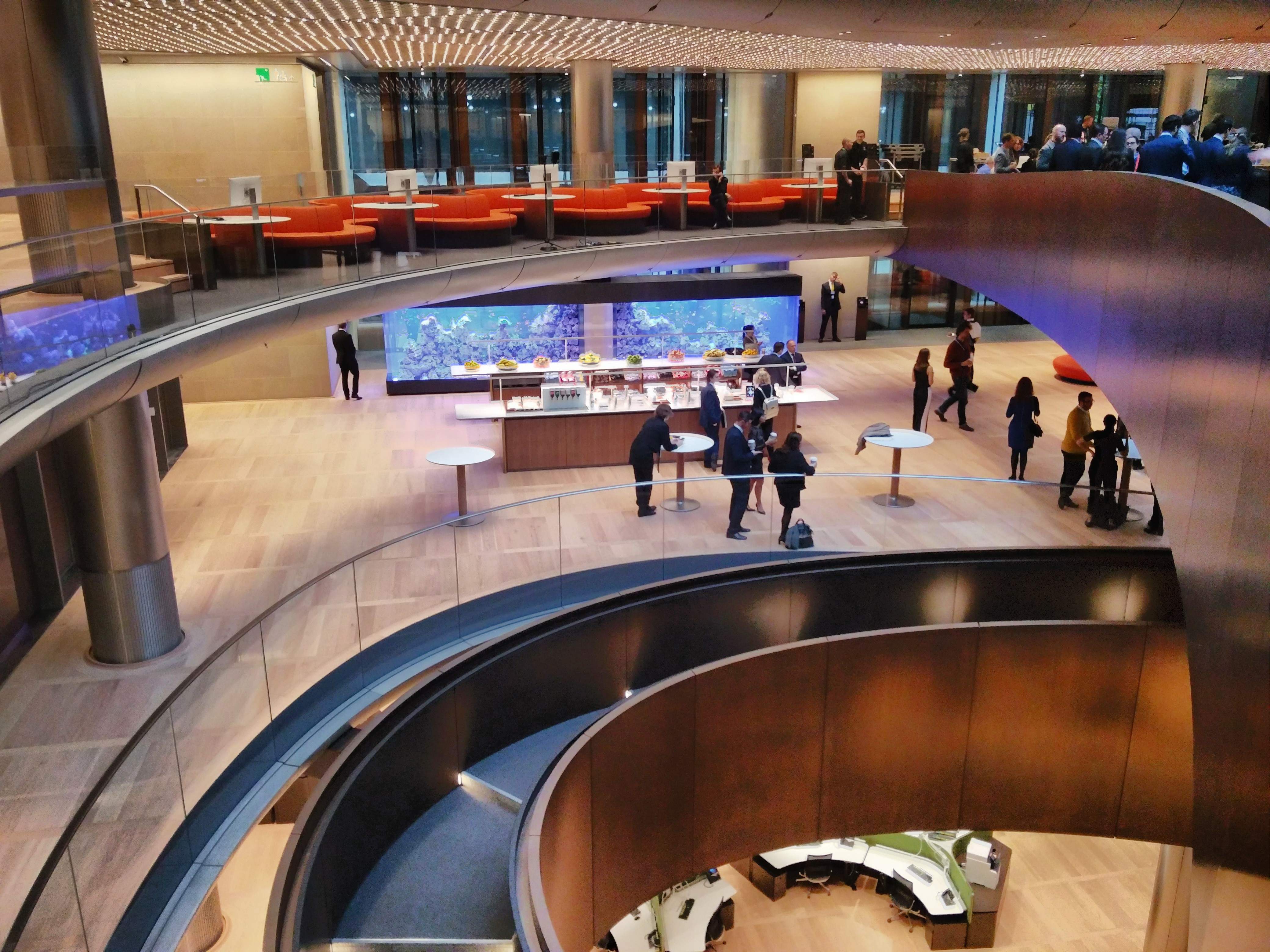 The staircase between floors resembles a spaghetti junction. 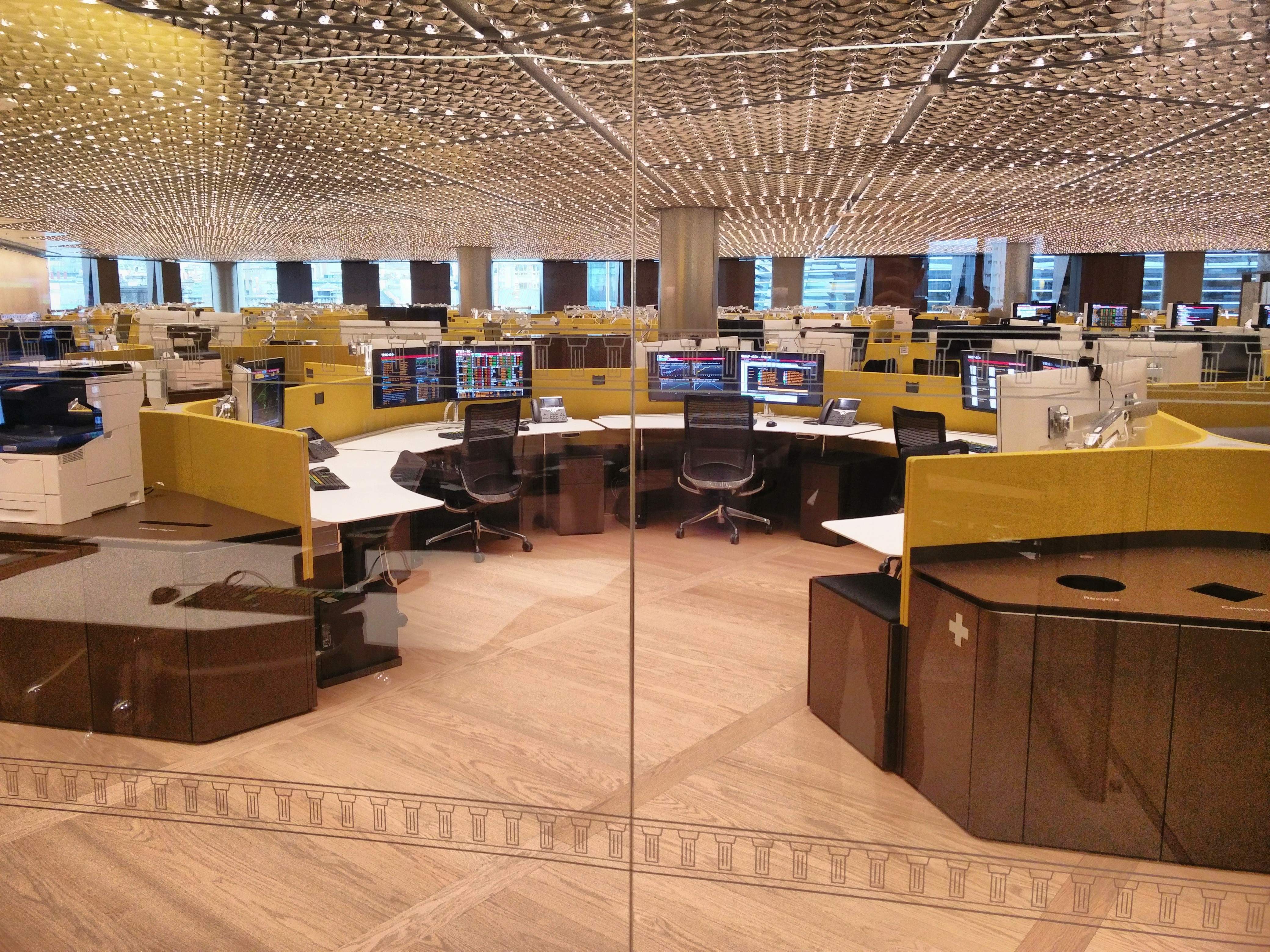 Banks of computers and Bloomberg terminals fill the floors. 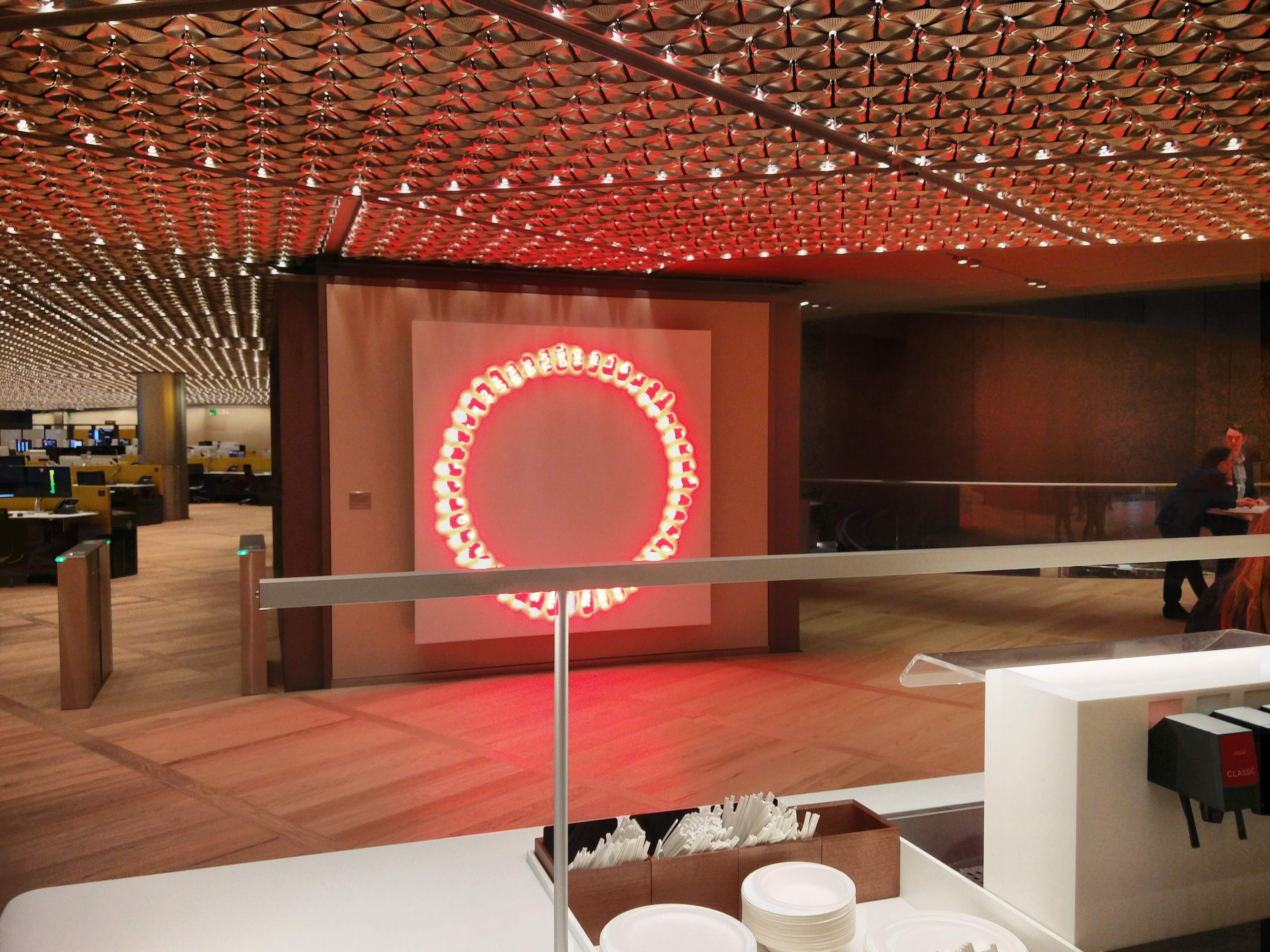 The walls of each floor are filled with original artwork that lets people know where they are in the building. 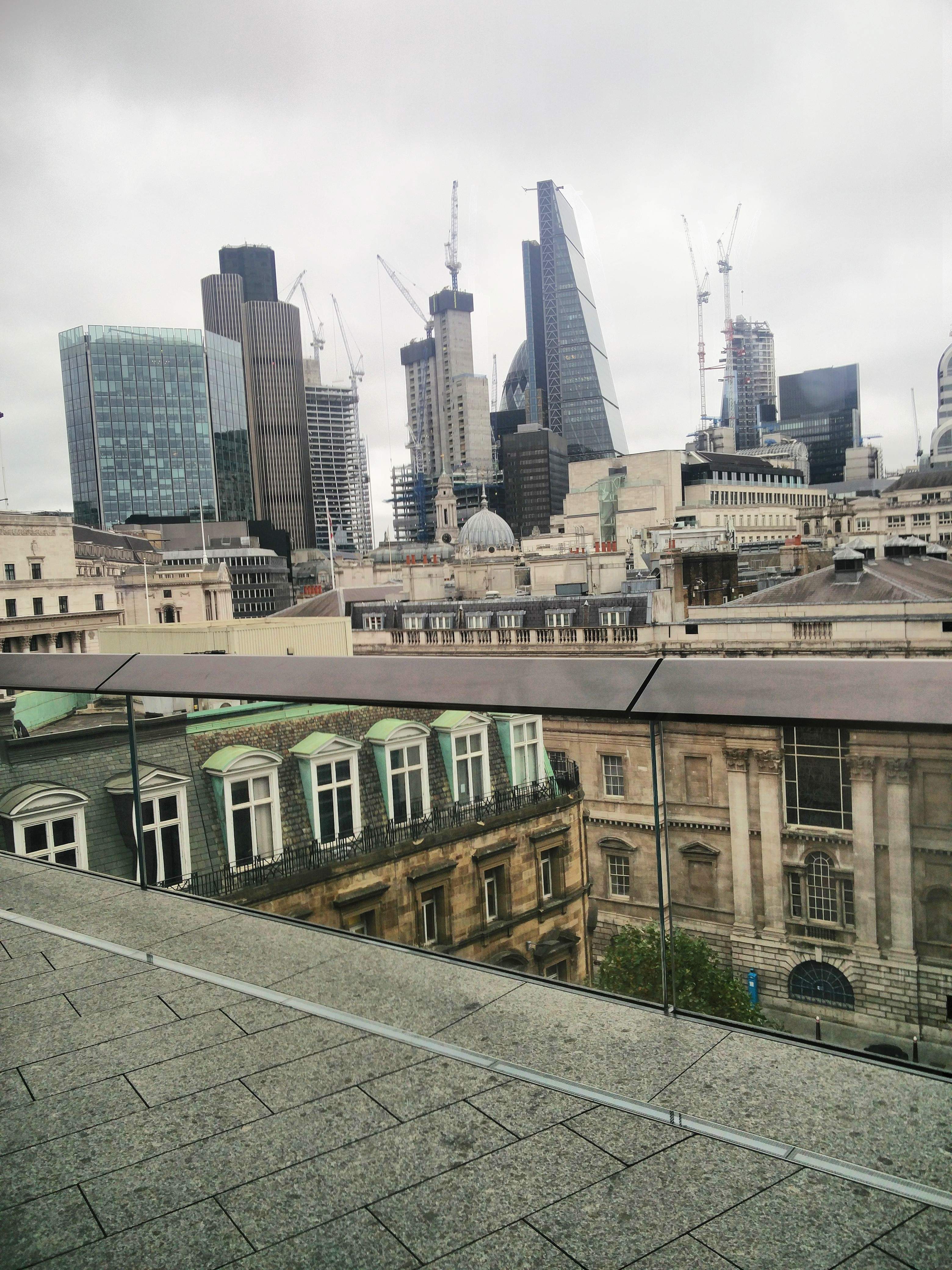 From one side of the building you can see 30 St Mary Axe — AKA the Gherkin and the Leadenhall Building — better known as the Cheesegrater. 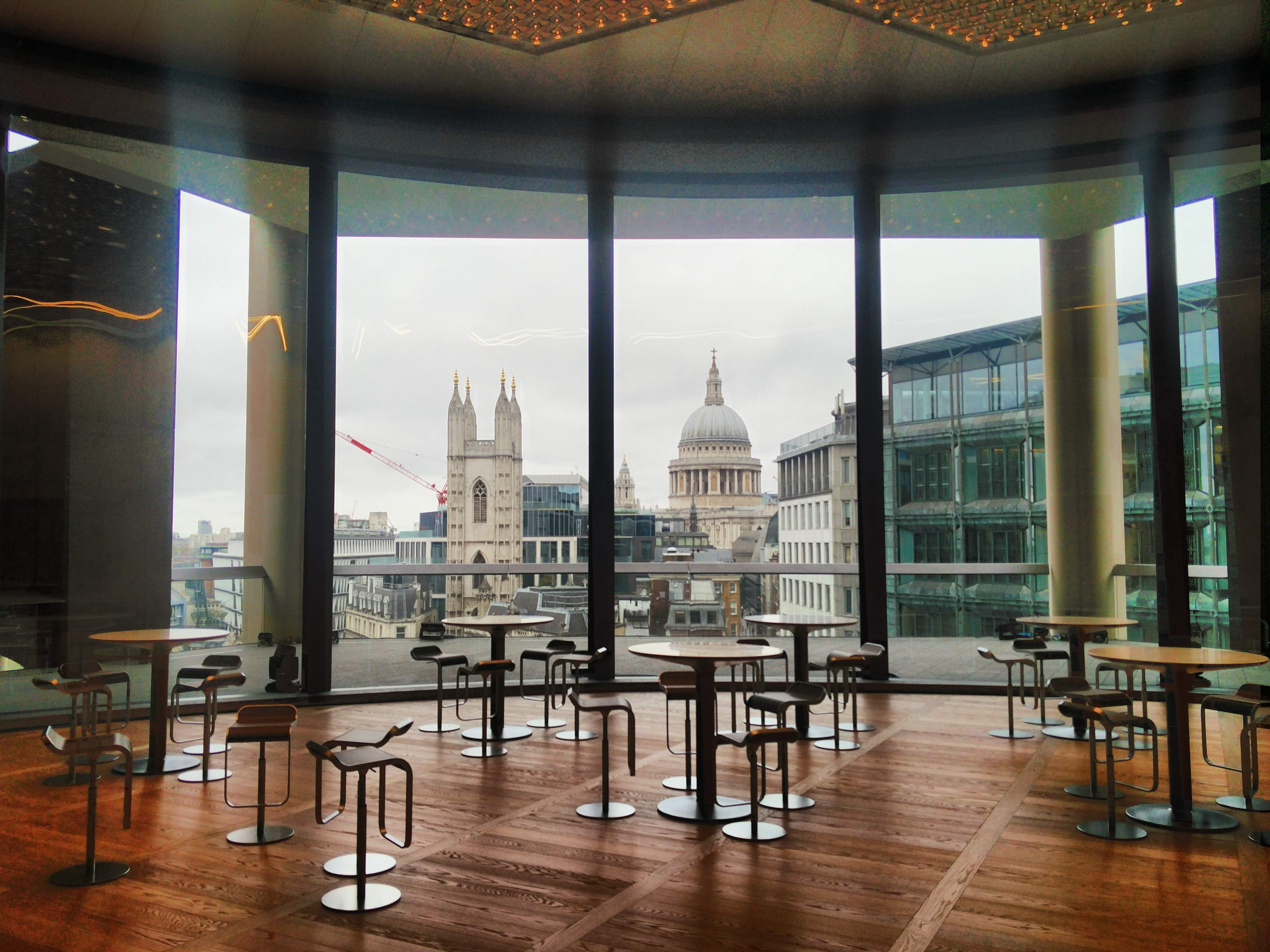 From the other side you can see St Paul’s Cathedral. 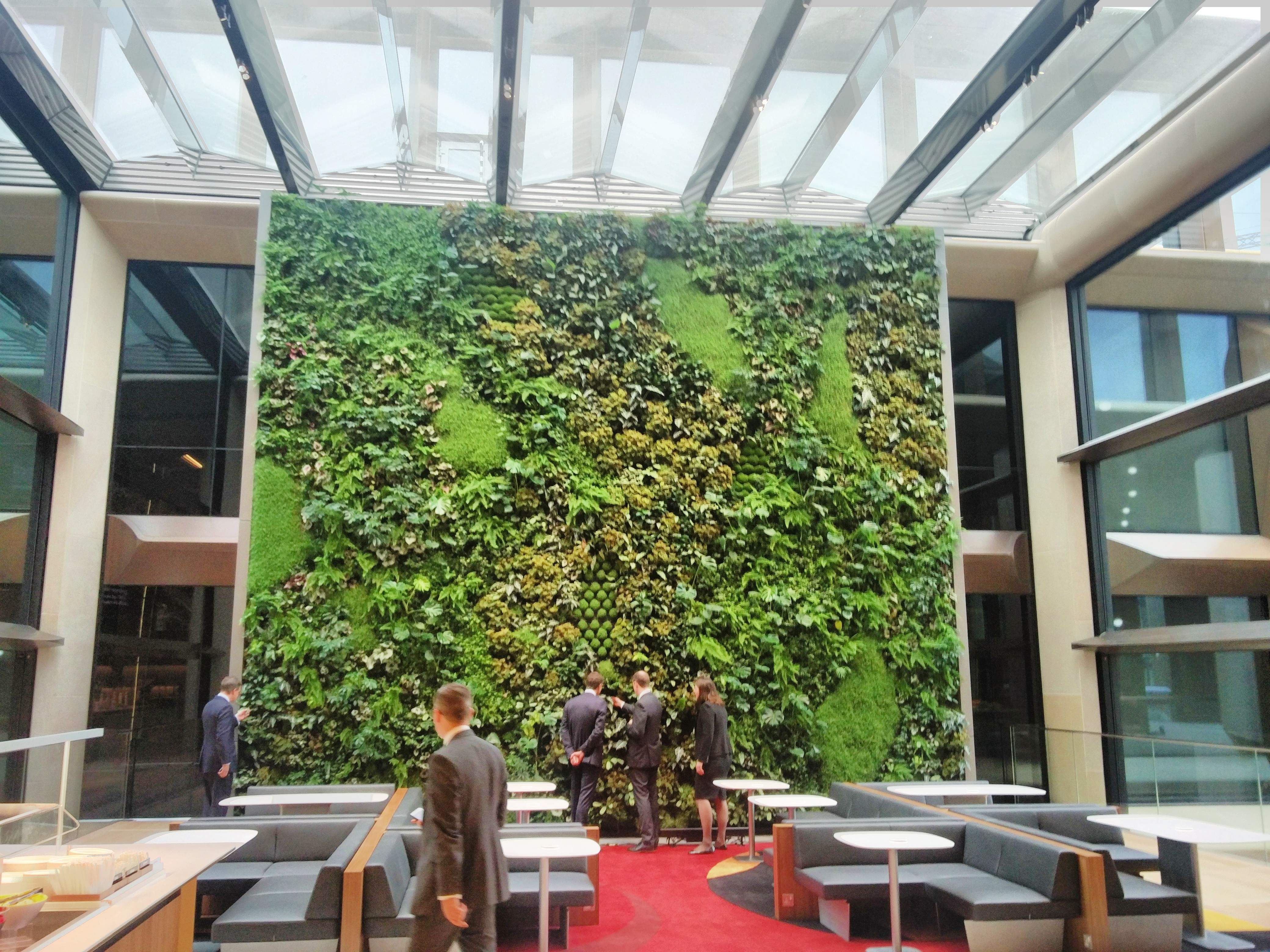 No one was really sure what this was meant to be but it looks pretty cool.

Topics in this article: Bloomberg