Users in many parts of the world are experiencing problems with social media site Twitter, and while the site isn’t fully down, large numbers are unable to view or post tweets.

The problem is not impacting all users, but many in the UK, the US and Japan are reporting Twitter not working as expected.

Twitter users are reporting that they are unable to load tweets in their feed and profile, and that the ability to respond to other tweets or post new ones is down. 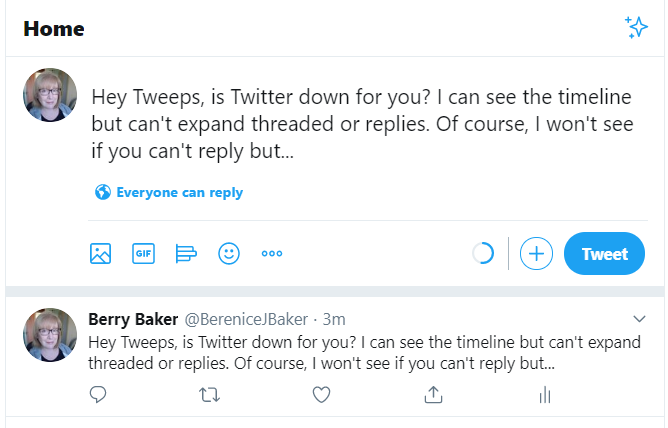 Notably, not all users in particular regions are experiencing the issue: in London, for example, some users are able to post and browse tweets without issue, whereas for others the functionality is down completely.

The outage comes after US President Trump vowed to bring in new laws to regulate social media after Twitter fact-checked a tweet of his about mail-in ballots.

Trump accused the site of impairing free speech as a result of the action, and is now developing an executive order that is thought to be set to make social media sites liable for the content posted on their platforms.

While todays down issues with Twitter are unlikely to be related, some users have speculated that the issues are a result of the spat, or that they are the result of a coordinated attack by pro-Trump cyberattackers.

Others, meanwhile, have posited that the issues may be a result of Twitter testing new features.