Over a quarter of UK businesses believe they will lose staff members in 2017 as employees from the European Union consider quitting their firms and the UK this year, according to a new survey.

The Labour Market Outlook survey, conducted by the Chartered Institute of Personnel and Development (CIPD) and the Adecco group, spoke to more than 1,000 companies about the UK’s current labour market.

Over a quarter (27 percent) of employers have seen evidence to suggest that non-UK nationals from the EU were considering leaving their organisation and/or the UK in 2017.

Though Britain’s labour market remains strong, according to the CIPD, there has been a significant slowdown in the number of non-UK nationals from the EU in work in the UK.

The growth in the number of non-UK EU nationals in the UK has slowed sharply in recent months, halving from an average of more than 60,000 per quarter in the nine months to June 2016, to just 30,000 in the three months to September 2016.

In particular, the public sector will be severely impacted by the drop in EU labour.

Almost half (43 percent) of education and 49 percent of healthcare sector employers surveyed said they believed EU migrants among their workforce were considering leaving the UK.

In addition, Gerwyn Davies, labour market adviser for the CIPD, said employers in retail and hospitality will have the work harder to attract candidates and combat labour shortages.

Davies said in a statement:

“With skills and labour shortages set to continue, there’s a risk that many vacancies will be left unfulfilled which could act as a brake on output growth in the UK in the years ahead.”

There is some good news to look forward to.

According to the Labour Market Outlook, median basic pay expectations have risen to 1.5 percent from 1.1 per cent, compared to last quarter for the year ahead.

The recent rise in inflation is attributed for the reason employers have improved pay. As well as this, productivity improvements and the national living wage has contributed to the basic pay awards of some employers. 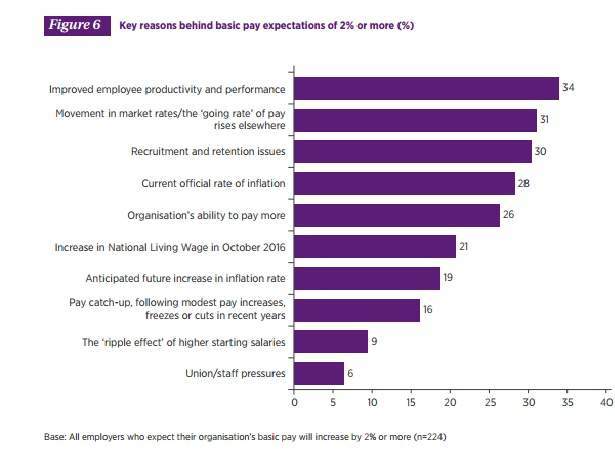 In total 26 percent of service firms said they planned to increase pay by three percent or more in the year ahead, compared with almost one in five, 18 percent, who plan to freeze pay. Other industries including manufacturing and productions and the public sector are still experiencing pay restraints.

“Whilst the outcome of Brexit negotiations is still uncertain, employers’ access to EU migrant workers is likely to change. Investing in young people is a solid long-term strategy, but employers also need to face the facts and prepare for a situation where they might lose access to significant numbers of skilled EU workers in the near future.”

Microsoft makes Power Automate free, but something could be lurking in the shadows

Why is Square really buying Tidal and what does it have to do with crypto?