The Labour party will propose to ban junk food adverts before the 9pm watershed as part of its wider efforts to tackle childhood obesity.

The policy would reduce children’s viewing of such adverts by 82 percent, according to Labour’s election manifesto.

Primetime TV programmes popular with children including The X Factor, Hollyoaks and Britain’s Got Talent will be targeted.

The goal of Labour’s £250m-a-year plans is to make UK youngsters the “healthiest in the world.”

“We are going to apply the rules currently applied to children’s TV and apply that to TV more generally, so when you’re sat down with your children, as I do, watching X Factor or Britain’s Got Talent, you’re not going to be seeing adverts for junk food,” shadow health secretary, Jonathan Ashworth told BBC Radio 4’s Today programme.

However, not everyone is convinced that Labour’s advert ban will improve children’s health.

According to recent statistics, children in the UK spend more time online than they do watching TV.

Although UK marketers dedicate most of their resources to online advertising, TV ad spend was still over £5m last year. 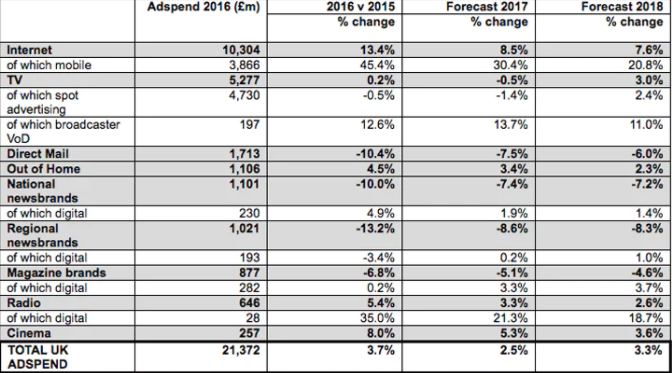 So, should advertising companies be worried about losing revenue if the junk food ban goes ahead?

“Financially, it will only impact the production companies who have McDonalds, KFC, etc. as their client and as these are usually the biggest players, they can manage the slight hit to their pocket,” Neill Roy, managing director at Harlequin Productions, a London-based commercial advertising agency told Verdict. “I think it would impact the companies who produce the food more than the advertising production companies and that only by a negligible amount.”

He added that the “futile” Labour policy proposal is an example of “nanny state interventionism”.

On Twitter, members of the public pointed to the importance of educating parents on what to feed their children rather than simply banning adverts.

@FoodMattersLive What good will that do? Parents need to be educated – they’re the ones who buy the junk food for their kids! Ban junk food would be better

Others said that schools were partly to blame for serving unhealthy food to pupils at lunch.

All well & good to ban junk food ads but the main food choices on offer at my daughter’s school still pizza & chips https://t.co/84jvVodJOz

Some insisted that the only way to improve children’s food choices is through legislation.

The UK sugar tax will be introduced in April 2018, but only affects soft drinks.

Adverts for unhealthy products high in fat, salt or sugar are already banned on children’s television.