This afternoon, there will be a vote to repeal Obamacare and replace it with the Trump-approved version in the upper house, the Senate.

Here’s what you need to know about the vote.

This will be a very interesting day for HealthCare.The Dems are obstructionists but the Republicans can have a great victory for the people! 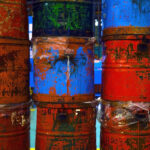 The majority leader of the Senate, Republican Mitch McConnell will lead the debate today to start the vote on amending the bill. He needs to make sure he gets the majority of Republicans in the Senate to back him, a total of 50 out of 52.

What will the bill offer?

The AHCA bill has already been passed by the lower house, the House of Representatives. However, it has been criticised for not really being an alternative and in particular, many of the Senate Republicans are not even sure what they’re voting for today because McConnell hasn’t been open with them about what the bill is.

The fight against Obamacare

Really, this bill is the chance to get rid of the Obamacare act, known as the Affordable Care Act (ACA). This will lead to massive cuts in the federal health care programs, especially Medicaid, a government-backed program which helps people with low incomes afford health insurance.

The AHCA will leave around 50m Americans without health coverage in 2026, nearly double the 28m predicted if the ACA is left in place.

According to the Huffington Post, moderate Republicans in the Senate are concerned over these cuts but they don’t want to be part of the effort to keep Obamacare going.

John McCain is back in Washington

After recently being diagnosed with brain cancer and undergoing surgery, senator John McCain will be back in D.C to vote on the act today.

His office said in a statement:

This will make it more likely for McConnell to get the votes he needs to begin passing amendments.

Trump is really pushing for this bill to happen

If it passes in the Senate with amendments, the bill will then end up on Trump’s desk and can be signed into law.

In a White House speech yesterday, Trump pleaded with Republicans to get the bill passed. He said:

“Every Republican running for office promised immediate relief from this disastrous law. We, as a party, must fulfil that solemn promise to the voters of this country to repeal and replace. But so far, Senate Republicans have not done their job in ending the Obamacare nightmare.”

Any senator who votes against starting debate is telling America that you are fine w/ the #OCareNightmare! Remarks: https://t.co/tSvWaMdxBA pic.twitter.com/DI7e78hr6N