Professor Vernon Bogdanor made waves yesterday with a column in the Guardian suggesting a second Brexit referendum might be the only way for the government to achieve any sort of Brexit at all.

As a professor of politics and government at Oxford University, Bogdanor was one of former British prime minister David Cameron’s tutors and, potentially, one of his earliest political influences.

These days Bogdanor is a research professor at King’s College London. He’s considered one of the foremost experts on the British constitution and politics. 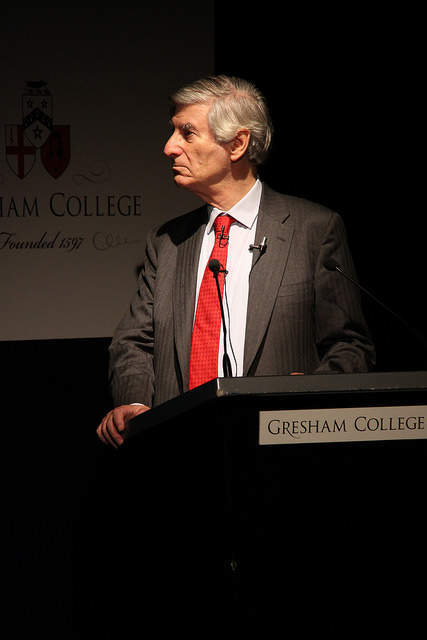 What did Bogdanor actually say?

Bogdanor compares the idea of the staying in the single market and the EU customs union (a so-called soft Brexit), with the situation that resulted in the American Revolution.

He suggests that in order to keep Britain’s place in those institutions, politicians would have to agree to accept many EU regulations “without being able to help formulate” them.

He suggests “regulation without representation” would be unacceptable to the British public.

On the other hand, says Bogdanor, the government is in an incredibly weak position to negotiate a favourable ‘hard’ Brexit outcome.

He compares the situation to membership of a tennis club:

“If one leaves a tennis club because one does not wish to pay the subscription and does not like the rules yet still wishes to play tennis, one’s leverage is not strong. One is a supplicant.”

The only way out of this deadlock situation is for Theresa May’s government to call another referendum and let a sovereign people decide on the matter.

Bogdanor does make clear though, that he thinks a second referendum is unlikely. The professor knowingly nods to the pro-Leave argument that one referendum was enough after they got a result they wanted, referencing former cabinet secretary Lord Butler who asked:

[Why is it that those] who base arguments for Brexit on the will of the people are now opposed to consulting the people on the outcome of the negotiations.

However, not everyone is pleased with Bogdanor’s comments in the article. Speaking to the Express, Labour MP for Vauxhall, Kate Hoey, sounded furious about the idea of a second Brexit referendum:

The demand for another referendum is the last dying plea of those who will do anything to stop the UK leaving the EU in March 2019. The Liberal establishment cannot accept that their views on the benefits of EU membership are not shared by the majority of the British people. We voted to Leave and the detail of our leaving is not the subject for a referendum. Those who call for another referendum are playing the long established European Commission game of making people vote until they come up with the right answer. The British people will reject this pathetic attempt to undermine Brexit.

The article has prompted a fierce backlash on Twitter on both sides of the argument:

Dress it up as whatever you want, but this is another attempt at reversing democracy.

And they say democracy is dead? Just keep going until you get the answer you want??

Why bother getting people to vote at all?

There is nothing wrong with saying ” are you sure”.

much like we do every five years with a general election. It’s not a failure of democracy to continually examine the options.

Mrs Merkel and the refugees coming into Italy, fu#ked the EU up, the EU dream is fu#ked because of economic migrants and refugees.

I hope not. We should walk away from the EU now and use the £50bn to bolster our economy from a possible shock & start sorting the UK now!

The only sensible course of action, not that there will be a particularly sensible response to the suggestion…

Referendum? Don’t we ever learn? What we need is a gvt with guts to bring an end to this Brexit darkness and bring us back into the light.

Brexiteers are terrified of another #brexit vote, because they know how tenuous their “majority” was the first time.

No, respect democracy and enjoy pic.twitter.com/Pu7Z9WmApV

As Bogdanor writes, a second Brexit referendum seems unlikely, but is it the most sensible option?