Located in a small exhibition space in the Saatchi Gallery, it is clear from the get-go that We Live in an Ocean of Air is not like most of the other offerings on display at the Chelsea-based space. Upon entering the exhibition, visitors are greeted with the smell of the forest floor, but enter what is otherwise a darkened room, in which walls are lined with VR headsets rather than pieces of art.

This is the work of self-proclaimed “experience collective” Marshmallow Laser Feast, a digital art group that specialises in creating immersive, three-dimensional experiences, utilising location-based VR to do so.

Created in collaboration with Natan Sinigaglia and Mileece I’Anson, We Live in an Ocean of Air transports visitors to Sequioa National Park for a multi-sensory psychedelic experience centred around a giant sequoia tree to “share a breath with the forest”.

We Live in an Ocean of Air: VR art in the heart of London

From the entrance of the exhibition, it is possible to observe VR headset-clad visitors already interacting with the exhibits, illuminated by screens giving a clue as to what they are viewing behind their headsets.

The exhibition itself is intended to explore the “invisible but fundamental connections between human and natural worlds”, highlighting how human action impacts the world around us.

Thanks to breath sensors, visitors’ breath is represented as a collection of red dots which are then “converted” to oxygen by the trees around, designed to represent how the “human cardiovascular system interacts with the mirrored natural networks that unite the forest” as part of a “larger reciprocal system”.

Using a ”unique combination of technologies from untethered virtual reality, heart rate monitors and breath sensors to body tracking” visitors will be completely immersed in a world beyond human perception” . 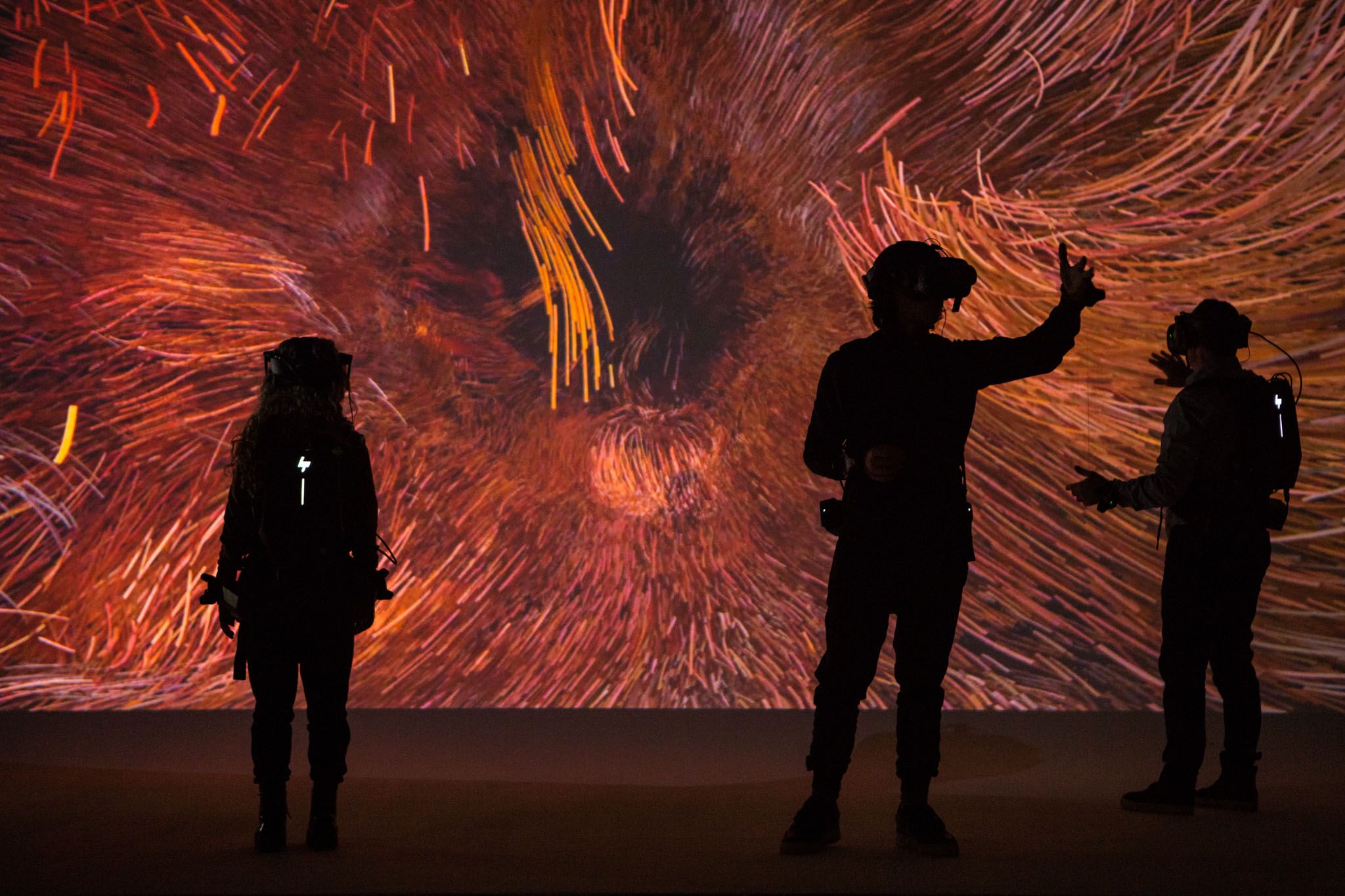 Marshmallow Laser Feast has already made an impact on the world of VR art, with previous exhibitions drawing crowds and often selling out.

Past successes include In the Eyes of the Animal, in which users view a virtual world through the perspective of a forest animal to challenge our “human-centric” view, and Treehugger, which explores the importance of trees for supporting life in a bid to highlight issue of climate change.

The ideas conveyed through VR may be fantastical, but the technology behind it is firmly rooted in reality. It is all made possible thanks to HP’s Z-VR backpack, which the company describes as the “The world’s most powerful wearable PC”, allowing users to roam around the space without the need to be attached via wires to a PC. 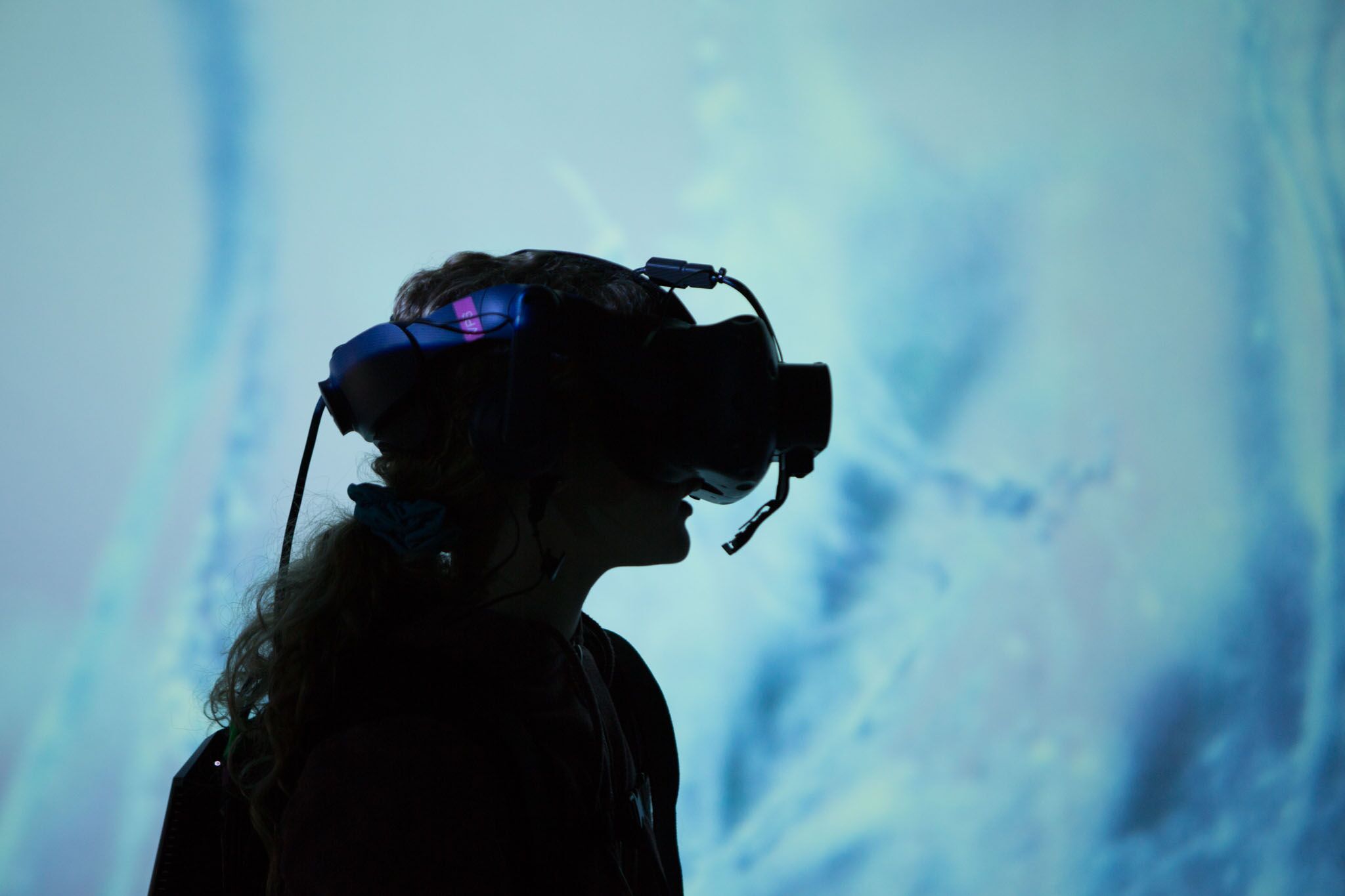 Cutting edge technology such as VR is central to HP’s strategy moving forward, and the company is finding ways to showcase the technology, which is often confined to training settings or home entertainment, in a public space.VR art is nothing new, but the quality of VR graphics, and the expense and practicalities of kitting out a gallery with enough headsets to meet demand, has meant that it has been slow to take off.

However, as technology advances, so does artists’ ability to experiment with the use of VR as a new medium. As a result, VR and AR have become more frequent features at galleries and museums, as organisations look for new ways of engaging the public, particularly younger audiences.

Last year, Synthesis, the world’s first VR art gallery opened in Berlin, exhibiting work from renowned digital artist Marc Lee. Other galleries are exploring how the technology can be incorporated into more traditional exhibitions, with the Tate, the Metropolitan Museum of Art and many others increasingly looking to VR and AR to stretch the boundaries of digital art.

However, it is not only those who visit exhibitions who are reaping the benefits of VR. Since 2014, artists have been able to change the way they create art thanks to Google’s Tilt Brush, which allows them to draw or paint in a 3D space, visualising what they have created in front of their eyes using a VR headset. 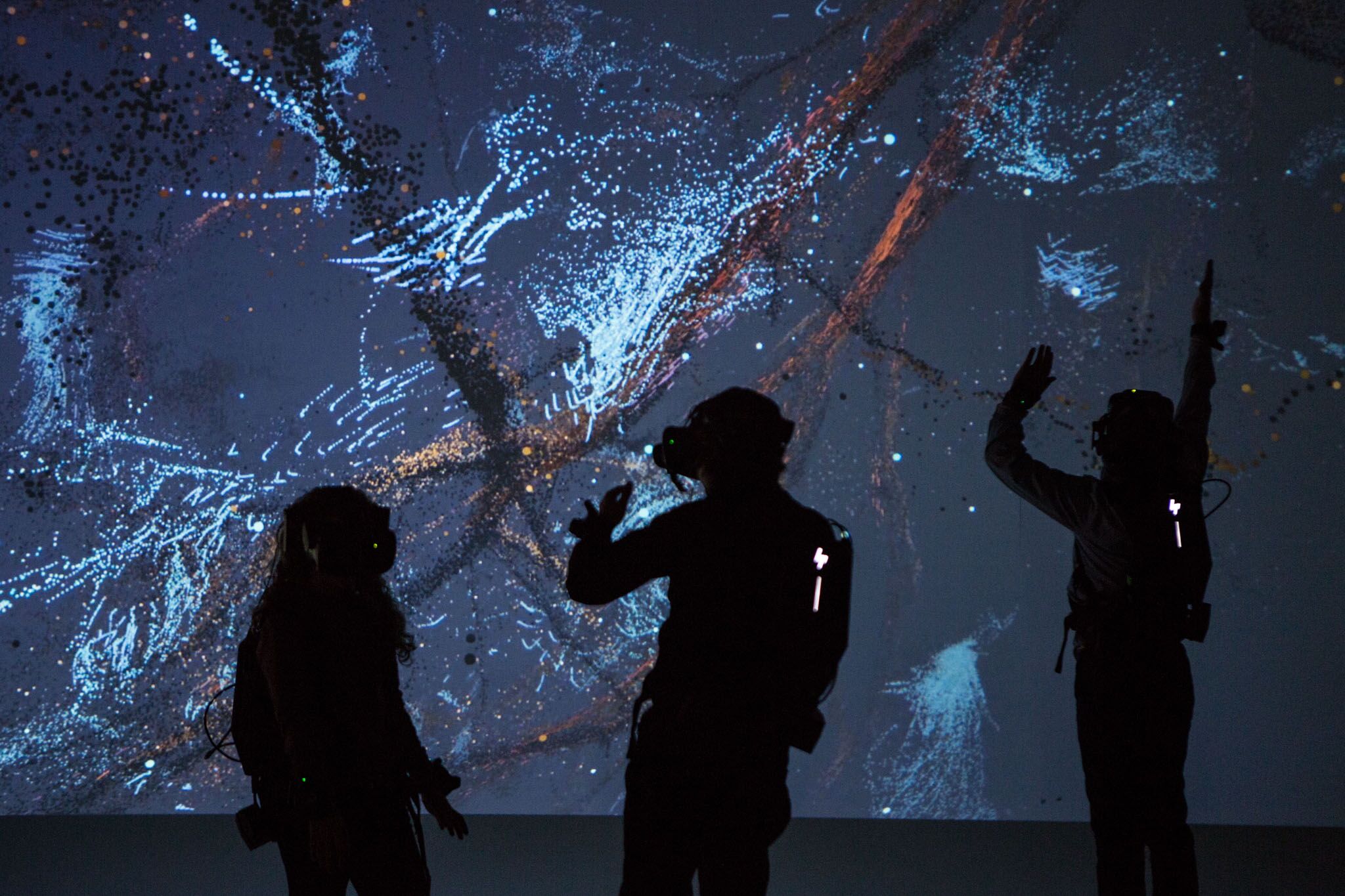 The power to change minds

Although it is unlikely that VR will ever completely replace the appeal of seeing artwork in person, or is even intended to do so, it may serve another purpose in allowing artists to communicate ideas more personally to their audience.

Many are also using this to raise awareness of global issues by engaging all five senses. The likes of IMMERSE, a VR project from The Hydrous, which explores the environmental impact being felt by coral reefs, and Greenland Melting, which depicts melting glaciers are shine a light on issues in a way that enables greater engagement than other mediums.

According to research by Stanford University’s Jeremy Bailenson, experiences in virtual reality can influence how participants behave in the physical world, meaning participants connect more deeply with the ideas conveyed through VR art, with the ability to evoke a stronger emotional response. For Marshmallow Laser Feast, it can convey powerful messages about the importance of the natural world.

While the use of AR and VR in museums and galleries may have its critics, its ability to transport audiences, immersing them in the message the artist is conveying is where the technology comes into its own. And when it comes to issues such as climate change, this may have the potential to have a genuine real-world impact.