Two-thirds of Americans believe robots will soon perform most of the work done by humans, and they might be right — especially when it comes to serving up the perfect hamburger.

Flippy, an artificial intelligence (AI) driven robot had his first day as a kitchen assistant at CaliBurger in Pasadena, California, earlier this week.

The restaurant chain sources top-grade chicken, and all its burgers are 100 percent beef, while all sauces are made in-house.

One of Caliburger’s most popular dishes on the menu is their chipotle chicken sandwich — lemon and herb marinated chicken breast, ripe tomatoes, bacon, raw onion, pickles, and their own Chipotle BBQ sauce on a freshly toasted bun. 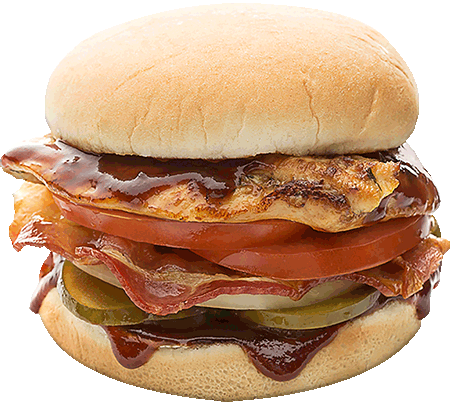 Flippy will  be rolled out to help in other Caliburger kitchens from early 2018 and expand to more than 50 CaliBurger restaurants worldwide by the end of 2019.

Developed by Miso Robotics and CaliBurger’s owner, Cali Group, Flippy uses cameras, sensors and deep learning software to locate ingredients. It can then position and flip the patties, monitoring their temperature and ensuring optimum cooking-time.

Miso Robotics is the first company to bring robotics and AI into the kitchen in a meaningful way,” according to a statement from CaliBurger.

When the burgers are ready, Flippy alerts a human cook, who applies the cheese and any other toppings.

Much like self-driving vehicles, our system continuously learns from its experiences to improve over time,” said David Zito, CEO of Miso Robotics in a statement.

“Though we are starting with the relatively ‘simple’ task of cooking burgers, our proprietary AI software allows our kitchen assistants to be adaptable and therefore can be trained to help with almost any dull, dirty or dangerous task in a commercial kitchen — whether it’s frying chicken, cutting vegetables or final plating.”

Another robotics startup Momentum Machines also has plans to open a fully robot-powered burger joint in San Francisco. No launch date has been announced, according to the Los Angeles Times.

Wendy’s, a US fast food chain announced plans earlier this month to replace employees with self-ordering kiosks in 1,000 stores by the end of the year.