The recent Opec deal could mean state revenues are squeezed, not boosted by a rising oil price, leaving the cartel’s members facing a sharp reduction in state revenues.

Oil rose by as much as 6.5 percent today to an 18-month high after the Organization of the Petroleum Exporting Countries (Opec) and some of its rivals reached their first deal since 2001 to jointly reduce output to try to tackle global oversupply and boost prices.

The price is 50 percent higher than at this time last year, marking the largest year-on-year rise on any given day since September 2011.

This does not guarantee revenue will improve for Opec producers however. 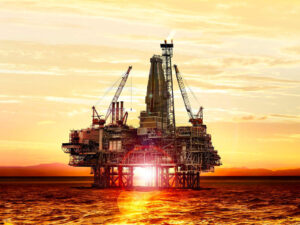 Will non-Gulf producers get relief?

Despite many of the smaller producing countries pushing for a cut, the short term effects could see revenue take a hit before it picks up. Opec’s non-Gulf producers have been hard hit by the oil price slump, with Venezuela standing out as in serious trouble.

At its last meeting in Vienna on Opec made good on its September promise to enact a production cut, conceding defeat in its two year war with US and Russian shale. Over the weekend it reached an agreement with non-Opec producers.

Providing non-Opec members agree to cut some 600,000 barrels per day, Opec will reduce its daily output to 32.5m barrels. Details of the cuts still have to be agreed on, with the share of reductions expected to be based on countries’ current production levels (although there are disagreements about the exact levels for certain countries).

The objective of the cuts is a recovery in the crude price back to its 2014 highs of $115 per barrel, however tightening Opec’s supply is likely to mean a sharp rise in US production.

How will global supply change?

Last week the US oil rig count jumped by 21 to 498, the biggest increase since July 2015 according to driller Baker Hughes, in response to the oil price added some 10 percent in the weeks running up to the meeting as investor expectations climbed.

Non-Gulf Opec producers, including Angola, Indonesia, Gabon and Nigeria, have production sharing agreements and for these countries, although average levels of state revenue share are lower than their Gulf counterparts at around 75 percent or greater, any output cut means revenues from younger production sites will be lower, pushing back the project’s cost recovery.

In Venezuela and Algeria, which both have royalty or tax models that apply relatively high income and additional taxes as well as a 51 percent state partner participation rule, means the state skims often more than 85 percent of pre-tax project cash flows.

This high reliance on state oil for Opec members, combined with a rapid recovery from non-Opec producers, could mean a tough time for fiscal planning and an increase in the potential for social instability.