Though this part of its business is valued as high as $6bn, Unilever’s margarine brands Flora and Stork have only achieved very slow growth within an industry that is struggling due to shifting eating habits.

People are eating on the go more often and for those who prepare meals health is becoming increasingly important, meaning they want to cut full fat spreads out of their diet.

This news was expected, as Unilever directors recognised the need to assure shareholders the company will cut costs and raise profit margins in the wake of the failed takeover bid by Kraft Heinz.

What is surprising is the length the company will go to do this; chief exec Paul Polman suggesting for example that the company will consider ending its dual listed status as an Anglo-Dutch company, appeasing some shareholders who feel the system brings increased costs due to two separate corporate structures.

This raises another question — will Unilever consider divesting itself of more of it’s diverse range of business sectors in order to raise profitability?

There have been suggestions it may even rid itself of its entire food portfolio, but when brands such as Wall’s continuing to see strong growth, and having been a major part of the business for almost a hundred years, this seems unlikely.

It makes sense for Unilever to instead prune smaller, slower growing brands in order to streamline its operations. 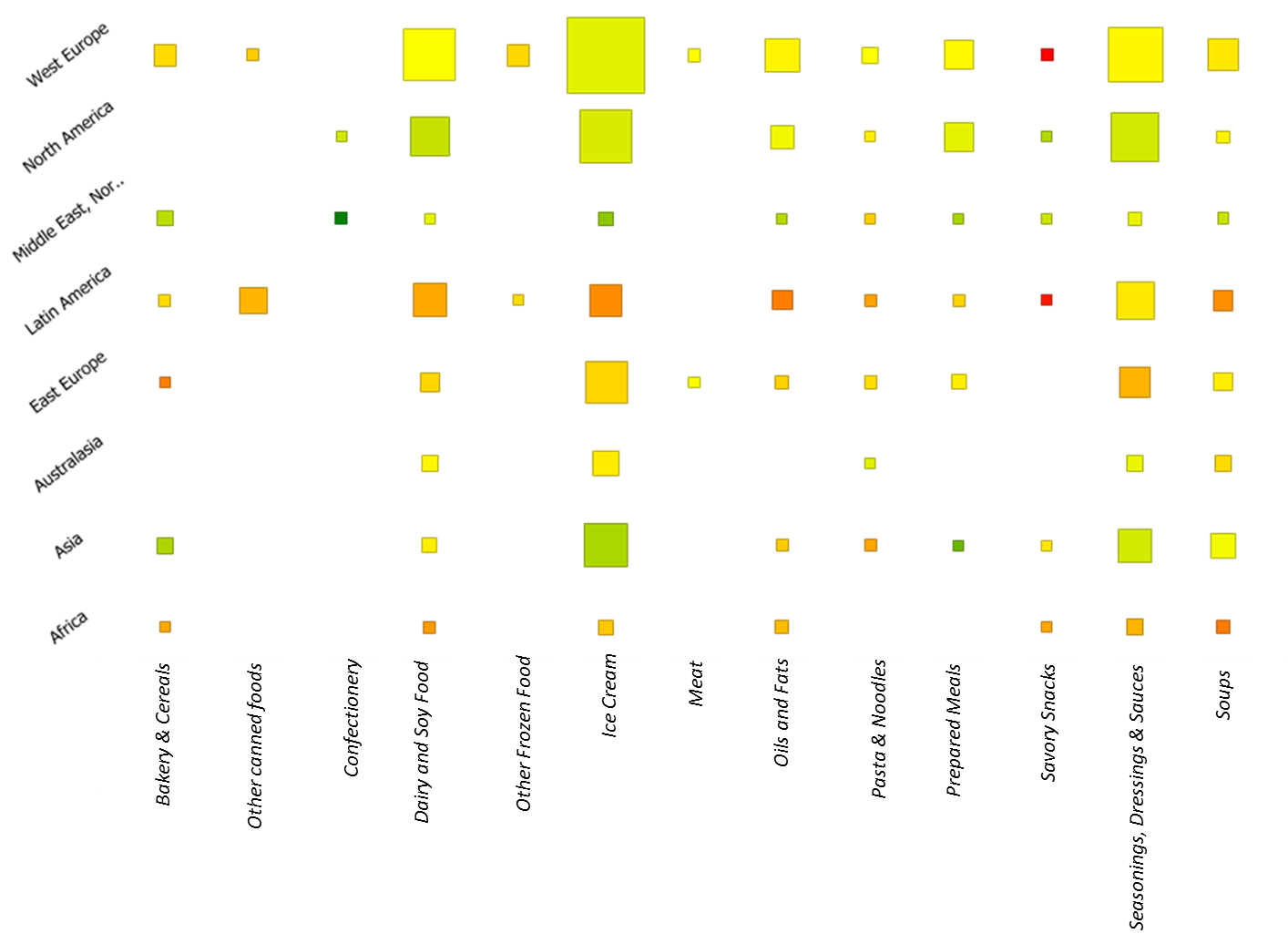 The grid above shows the total value of Unilever’s sales in different categories and regions in 2015 within their food business. Smaller square sizes indicate lower value while the greener in colour the higher the faster the brand grew between 2010-2015.

Flora and Stork make up a large amount of Unilever’s involvement in the dairy sector.

Dairy was actually projected to grow at a similar rate, while being of greater total value than the likes of baked goods and cereals.

In fact, almost everything aside from ice cream and seasonings are less integral to the businesses’ future than dairy.

It makes sense that brands such as Elmlea and Bovril could be sold on the path to a more streamlined business.