The WPP share price — already struggling due to tough industry trading conditions — has fallen at the market open in London today, down a little over 2%.

Last night it emerged overnight that the advertising giant is investigating an allegation of personal misconduct against its founder and chief executive Sir Martin Sorrell for improper use of company funds.

In a statement put out in the early hours of this morning Sorrell has said he rejects the allegation “unreservedly”.

Reports in the media have stated that WPP is investigating an allegation of financial impropriety by me, specifically as to the use of company funds. 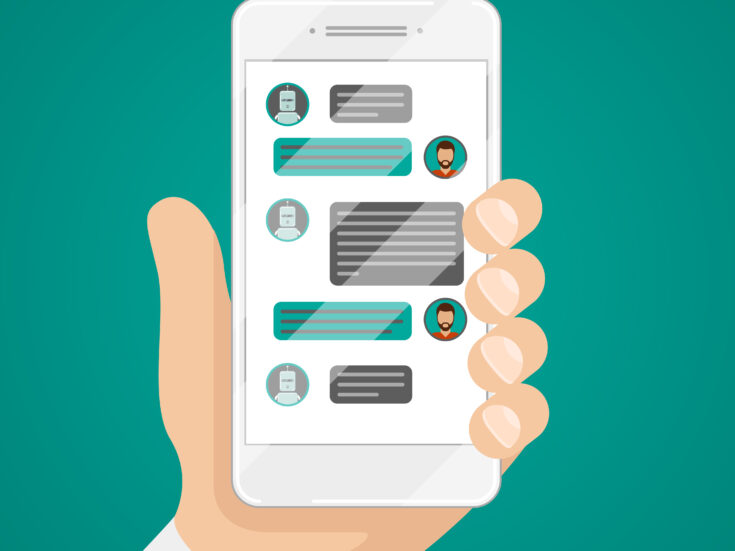 This allegation is being investigated by a law firm.

I reject the allegation unreservedly but recognise that the company has to investigate it. I understand that this process will be completed shortly.

Obviously, I shall play no part in the management of the investigation under way.

The board of WPP has appointed independent counsel to conduct an investigation in response to an allegation of personal misconduct against Sir Martin Sorrell, chief executive officer of WPP. 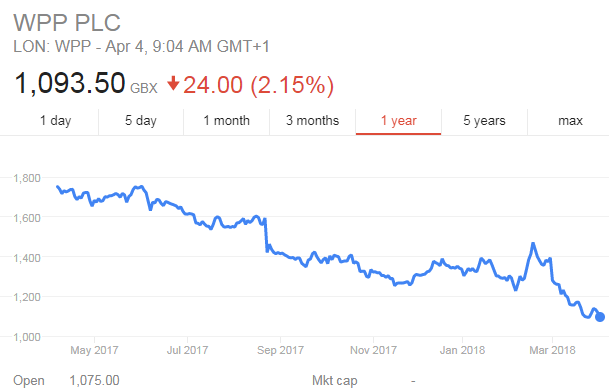 Earlier this month, WPP reported its worst year in growth terms since 2009, with annual revenues dipping by 0.9% to £15.2bn.

WPP said it’s planning to accelerate a strategic overhaul of its business and simplify its structure.

Last year WPP spent more than $6 billion of its clients’ advertising and marketing money with Google — up 10% on the year before — while Facebook received about $2.1 billion of its ad spend in 2017 — up 30%.

When the company announced its annual results in March Sorrell said 2017 “was not a pretty year” for the company but denied it was because his agencies were being cut out of deals between advertisers and Google and Facebook.

Tech companies — mainly from the US — account for almost 60% of the £20 billion UK internet market and hoover up as much as 90% of all new money coming in.

Last month it was reported online advertisers are expected to outspend TV advertisers by $40 billion this year, according to new forecasts from advertising measurement company Zenith.

Who is Martin Sorrell?

Sorrell founded WPP as a two-man operation in a London office in 1985 and is one of the UK’s best-known and most highly paid business leaders.

Under his three-decade tenure running the business it has grown into the world’s largest marketing services group with about 134,000 staff in more than 100 countries.