Artificial intelligence (AI) is expected to increase the number of jobs in Asia over the next five years, but one in eight people are still set to see their roles automated over same period.

This is according to research by MIT Technology Review Insights, which is based on a survey of 900 leaders across the continent.

It found that companies were not generally interested in investing in AI as a means to reduce headcounts in Asia, with only a third citing this as a priority. Instead, Asian companies see AI as a means to grow customer satisfaction while aiding decision making and improving efficiency.

This focus means that 77% believe AI will drive a growth in overall headcounts over the next five years, while just 3% expect a significant reduction in employee numbers as a result of the move. Around 20% even expect headcounts to grow by more than 15% over the same period. 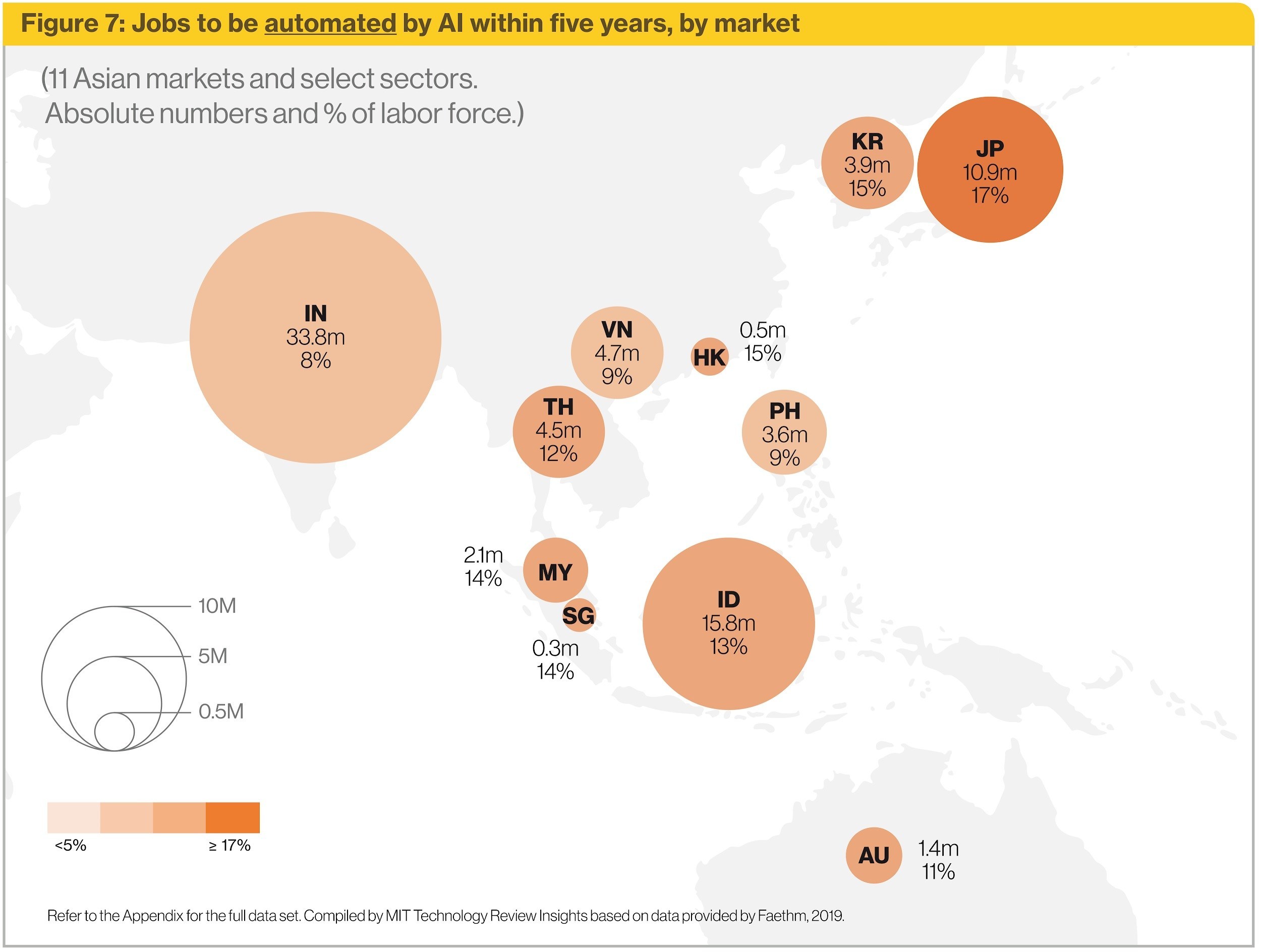 Jobs to be automated by AI within five years, by market.

However, it isn’t all good news. Despite Asian companies generally not looking to cut jobs, a significant number are expected to be eliminated as AI drives the automation of a growing number of positions.

Across the 11 distinct markets in Asia focused on in the research, 12% of jobs are considered to be at “high risk” of being automated within half a decade, while 20% will be otherwise impacted by the technology.

Notably, however, this varies significantly with the development level of each market. In developed markets with high incomes, AI is expected to result in a greater amount of job automation, with 14% of roles expected to be impacted within five years.

Meanwhile, in less developed markets the number is far smaller, at 6%.

“Our research shows that many industries across the region will see rapid automation and the loss of jobs,” said Claire Beatty, editor of the report, entitled AI and human capital.

“In developed economies we’re likely to see re-skilling and redeployment. In developing markets, much more systematic planning and preparation is needed.”

Read more: In an AI future, creativity will save your job: Amber Rudd