The artificial intelligence (AI) captain that will take the helm of the Mayflower Autonomous Ship when it embarks on a historic unmanned voyage across the Atlantic later this year is set to begin its first sea trials this month.

The trimaran Mayflower Autonomous Ship is set to become the first full-sized autonomous vessel to cross the Atlantic when it recreates the route of the original Mayflower, which carried the first Pilgrims to the New World, on the 400th anniversary of the 1620 voyage.

The AI captain will take the autonomous vessel from Plymouth, UK to Plymouth, Massachusetts in the US on 16 September 2020, in what is expected to be a record-breaking voyage.

The project, which is the result of a partnership between IBM and marine research organisation Promare, is also designed to drive advancements in the nascent autonomous shipping market. 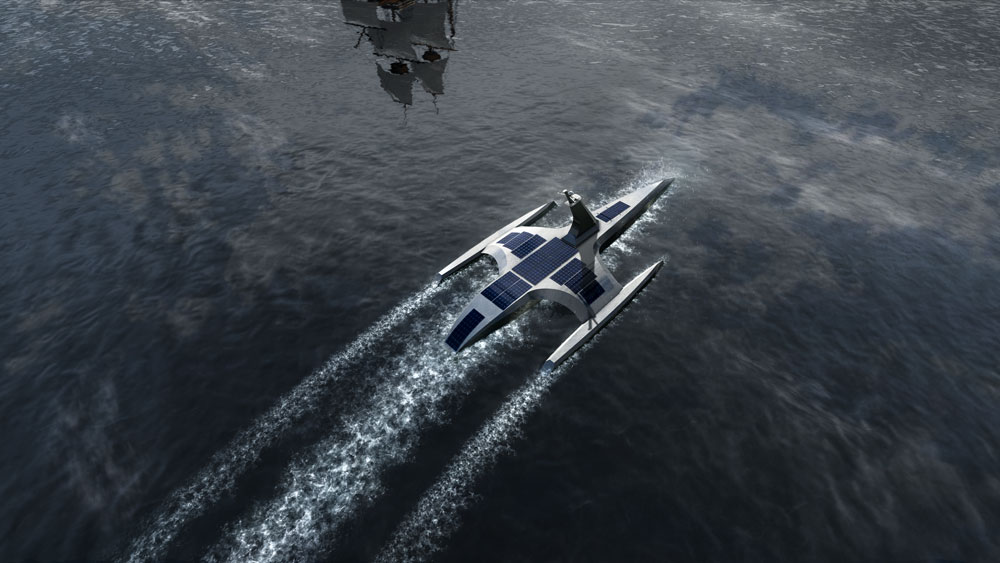 The Mayflower Autonomous Ship, which will replicate the voyage of the original Mayflower on 16 September.

AI captain to be trialled ahead of Mayflower Autonomous Ship voyage

The trials of the AI captain will begin this month in Smart Sound Plymouth, a 1,000 sq km area of water space off the coast of Plymouth, UK dedicated to developing innovative technologies for the marine sectors.

However, they will not initially see the AI captain take the helm of the Mayflower Autonomous Trip as this is still being constructed in Gdansk, Poland.

Instead, the AI captain will be installed on the research ship the Plymouth Quest, which is owned and operated by Plymouth Marine Laboratory.

This will test how the AI performs in real-world maritime environments, and enable the researchers to tune its machine learning models.

However, it follows two years of training the AI captain, using over a million nautical images, which when combined with IBM’s PowerAI Vision technology will enable the vessel to detect and classify a range of marine hazards, including other ships, breakwaters, buoys and land.

When the AI captain is installed on the final Mayflower Autonomous Ship, it will primarily rely on edge computing due to the lack of a reliable, consistent connection on the route across the Atlantic.

“Edge computing is critical to making an autonomous ship like the Mayflower possible. The ship needs to sense its environment, make smart decisions about the situation and then act on these insights in the minimum amount of time – even in the presence of intermittent connectivity, and all while keeping data secure from cyber threats,” said Rob High, VP and CTO for Edge Computing, IBM.

“IBM’s edge computing solutions are designed to support mission-critical workloads like the Mayflower Autonomous Ship, extending the power of the cloud and the security and flexibility of Red Hat Enterprise Linux all the way out to the edge of the network, even in the middle of the ocean.”

Showcasing the potential of autonomous shipping

While the voyage will primarily serve as a technologically savvy way to commemorate a momentous historical occasion, it will also showcase the potential of truly autonomous shipping, which could in the future prove to be vital to transporting goods around the world.

“While the autonomous shipping market is set to grow from $90bn today to over $130bn by 2030, many of today’s autonomous ships are really just automated – robots which do not dynamically adapt to new situations and rely heavily on operator override,” said Don Scott, CTO of the Mayflower Autonomous Ship.  “

Using an integrated set of IBM’s AI, cloud, and edge technologies, we are aiming to give the Mayflower the ability to operate independently in some of the most challenging circumstances.”