UK-based city firms are making contingency plans amid the uncertainty of the Brexit negotiations, according to a report published today by legal firm Freshfields.

Some companies will relocate their EU-client facing services to Europe while others will adopt alternative strategies and re-organise their business in other ways.

There is a general view across impacted businesses that the two-year period for negotiating the UK’s exit arrangement provided for by article 50 will not be long enough either for the UK government to redefine its ongoing relationship with the EU or for firms to satisfactorily effect any required reorganisation and restructuring.

A number of banks, including JP Morgan and Goldman Sachs, have already announced contingency plans to move their London-based operations elsewhere.

The report highlights the legal impact of Brexit on the financial services sector over the coming years.

The legal impact of Brexit on the UK-based financial services sector is clearly of great importance globally. This report attempts to identify what areas of financial services business stand to be impacted the most by Brexit and may help to inform firms’ strategic solutions as the UK-EU negotiations begin. 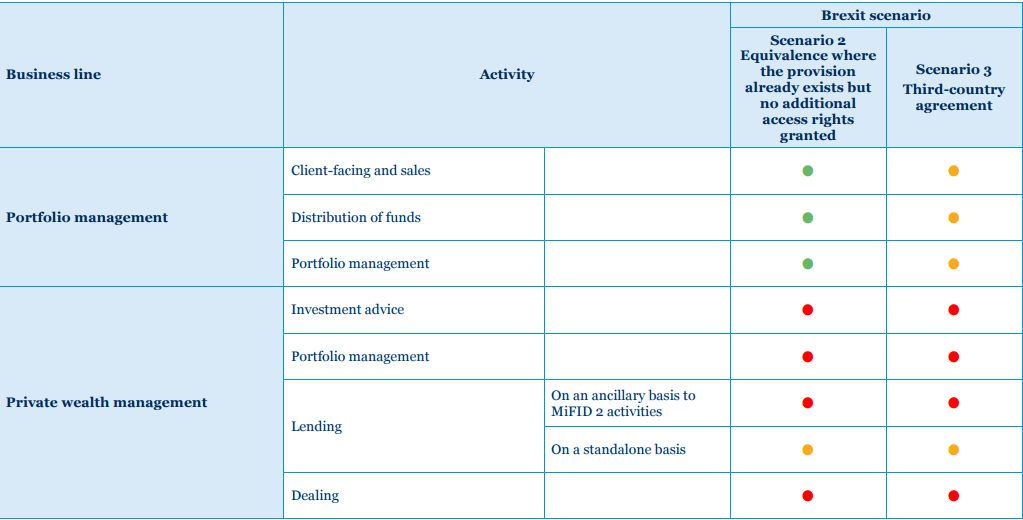 The primary objective for our industry through Brexit — and beyond — is continuity of service provision for customers and clients. This can best be delivered through a bespoke arrangement based on mutual market access and mutual regulatory recognition and cooperation. There should also be appropriate bridging and adaptation periods, with clarity on this early in the negotiations.

“The UK-based financial and related professional services industry has long been a driver of growth and job creation on both sides of the Channel. It is in our common interest that this role is not just preserved, but promoted,” he added.

The vote — set for 8 June — is expected to hand May a strong majority in parliament, something she claims will mean she is able to negotiate a better Brexit deal for the UK with the European Union.

You can keep up-to-date with how the City and markets are feeling about the ongoing Brexit negotiations with Verdict's Sentiment Tracker, which updates daily using market and currency movements.