New Haven, Connecticut-based professional artist and educator Bryan Schiavone, known by her huge online following as Bryan The Girl, is recognised for her pen-and-ink crosshatching style, a method that dates back to the Renaissance to add depth and texture to drawings. But, as she tells Verdict, making a living as a twenty-first-century artist is as much about technology as technique.

When Bryan Schiavone graduated from art college, she worked in a series of art-adjacent jobs to earn a living rather than creating art. While working in a museum setting, she catalogued a collection of prints, which set her on a path to a successful career as an artist.

“I was faced with all these artists who were doing etchings and engravings – I was touching them with my bare hands,” she says.

“These were historical prints by Rembrandt, Goya, Picasso and Hieronymus Bosch. It was mostly black and white with cross-hatching. I was like, wow, you can do so much with just one black line, and you’re layering it and creating different illusions. That always stuck with me.”

Having discovered a style she loved, Schiavone took drastic measures to follow her passion and make a living from art.

“I realised that if I want to be an artist, I’m going to have to get good at art and I wasn’t very good at the time. I told myself that I would have a year of drawing every day and working at that constantly, then I’d see if I could get good enough to make money. I was living in Berlin at the time and I spent the next year working in an ice cream shop, and I just drew every day, all day.” 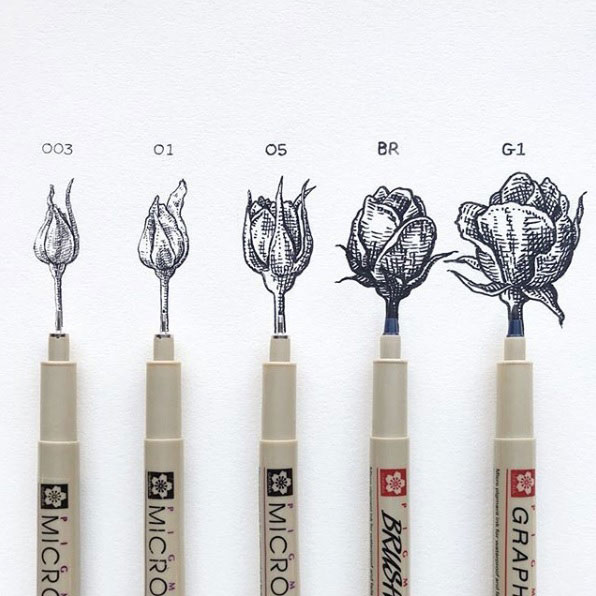 Bryan the Girl: Turning to technology

As her work improved dramatically, despite not being a fan of social media, Schiavone took her first step in marrying technology with art and turned to Instagram as Bryan The Girl to promote it.

“I am of the generation where everybody has a personal Instagram and posts photos of their friends and pets,” she says. “I didn’t use it much, but then I found there’s this community of artists I had no idea about, and as someone who lives in a town where there’s not much going on in the arts, I realised that going online was my only option to make other artist friends. Almost all of my inspiration and encouragement has come from over the past few years.”

And it worked – Schiavone’s social media following on her Bryan The Girl account has increased tenfold over the past year to over 100,000. She started selling her artwork via Instagram in a very basic manner, messaging people who would pay via PayPal, but went on to set up her own webshop. As well as selling prints, she has sold 1,000 hard copies of her limited-edition cross-hatching workbook plus 700 eBook copies for artists wanting to emulate her style.

In response to the growing interest in traditional ink drawing techniques, Schiavone founded the Pen & Ink Alliance, a new way for artists to connect with each other online, getting inspiration & feedback in the process. It now has over 7,000 members.

In March this year, Schiavone launched her Hatchling podcast, “a show for artists who want to make a living”, which debuted at number one in the Visual Arts category on iTunes recorded at home using a cheap USB microphone.

“You don’t need to have the best equipment to start out doing this stuff,” she says. “It’s like exercising; you don’t need to buy $500 sneakers for your first day at the gym.”

To help ensure a steady income, Schiavone joined crowdfunding platform Patreon where she is one of the top 100 creators in the drawing category with 185 patrons. Sponsors can choose between learning to cross-hatch with a weekly tutorial, receiving a monthly art print or get weekly online coaching and critique.

“It’s so exciting to see people learn,” she says. “I can see these people over the years getting better to the point where I’m like, I don’t even know if you need my lessons anymore, and that’s the best possible outcome.” 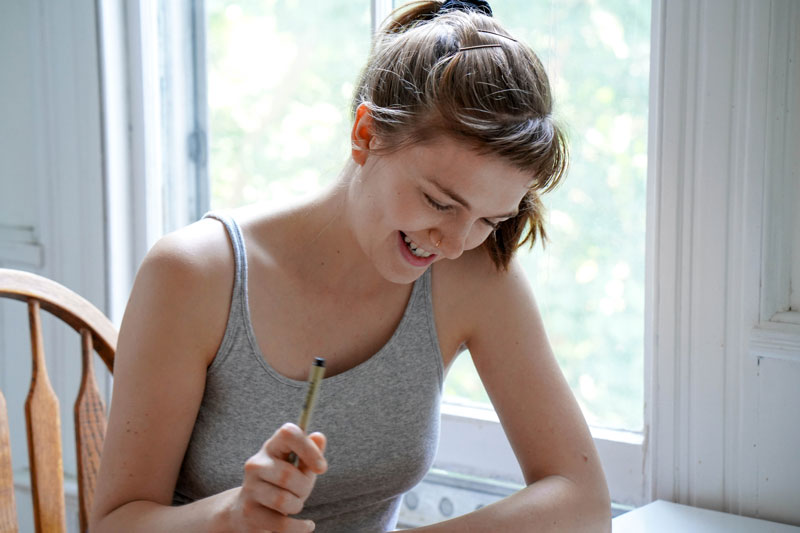 Despite her drawings having a style that wouldn’t be unfamiliar to Rembrandt, many of Schiavone’s works are higher tech than they seem.

“Most of my commissions are digital and I do them on an iPad with Procreate,” she says. “And maybe one out of every 10 drawings I post that looks like it’s on paper is actually just a digital drawing that I’ve done and edited it onto a piece of paper.

“For my commercial clients, if someone’s paying me thousands of dollars to do a logo, you’re not going to do it on a piece of paper that could just blow out the window! I’m always adding layers so if they don’t like the last three hours of drawing I’ve done they can just delete it instead of having to start over from the beginning.”

Schiavone also uses Adobe Creative Suite including Illustrator and Photoshop, and used InDesign to set out her book. She also carries out some light editing to of her social media photos, “not to make my drawings better to make me look more beautiful, but usually to just take away distractions,” she says.

“I’ll edit out bits of dust or pieces of paper in the background of a picture that I feel distracts the eye. You can have a beautiful drawing, but if it’s on a cluttered desk, and the lighting isn’t great, and the viewer doesn’t feel like they want to be in the scene with you, it’s not going to do great on the internet.” 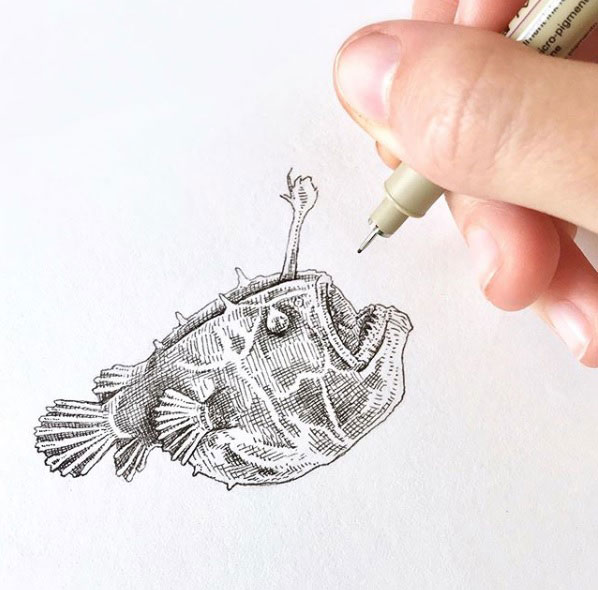 But does all this dedication to technology and online interaction as Bryan The Girl allow Schiavone enough time to dedicate to art?

“I almost never make art, and it’s all about social media!” she admits.

Schiavone is also very open about her mental health with her growing audience and ensures they know life isn’t just about beautiful art, there is also a lot happening behind the scenes.

“I worry so much that I’m becoming yet another source of comparison for other people online,” she says.

“I edit out distracting and ugly things from photos, but I don’t want to mislead anyone. I do my best to be honest about what’s going on my mind. And what’s going on on my face; if I have acne I resist the urge to edit it out. I always imagine this one teenage girl out there who’s like, oh, this artist I follow also has acne, maybe I don’t have to feel so bad about myself.”

Read more: We Live in an Ocean of Air: How VR art is capturing the hearts and minds of audiences