It has been almost 15 years since the Concorde was forced into retirement, bringing an end to high speed air travel that was capable of carrying passengers from London to New York in just over three hours.

The only downside was a deafening noise that angered the citizens and businesses that lay in its path.

Complaints ranged from disruption to livestock to shattered windows. Backlash eventually forced many countries to ban planes from flying supersonically in their airspace. As a result, the company fell into financial difficulty and ceased operating in 2003.

However, American space agency NASA is reportedly on the verge of reviving the supersonic passenger jet.

Dubbed Concorde 2, NASA announced earlier this year that it was building a passenger jets that could take to the skies by 2021.

While supersonic travel remains a concern due to the noise, NASA believes that it has found a solution.

NASA has been working with security and aerospace leaders Lockheed Martin to develop a jet that is capable of travelling at supersonic speeds without the noise caused by its predecessor.

Referred to as a “low-boom flight”, the space company wants to break the sound barrier without creating a sonic boom. While the noise won’t be completely removed, it will be far quiet. Plans specify a sound of 60 decibels, compared to the 110 decibels noise that Concorde caused.

NASA will begin testing this technology this month on a small scale, as quiet, supersonic travel takes a step closer to becoming reality. 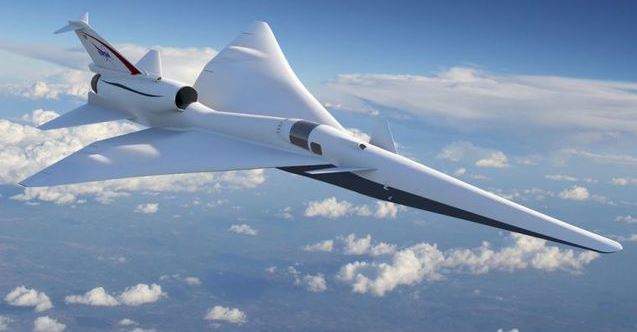 What does Concorde 2 mean for travel?

The arrival of a supersonic passenger jet would be a godsend for regular travellers.

Passenger jets currently travel at a speed of approximately 575 miles per hour. However, NASA’s jet would travel at 1,400 mph.

Will supersonic travel be affordable?

Part of the problem with Concorde was that space on the super-quick flights was reserved for the super-rich.

A flight on the supersonic jet would have set you back by $10,000 in the early 2000s. It would undoubtedly be far more expensive today.

There is currently no indication of how much a seat on a Concorde 2 might cost, so we can only hope for affordable prices at this point.

However, there is reason to be optimistic.

When the original Concorde came out, there were few airlines scrambling to buy the jets, largely due to the concerns that came with them. British Airways and Air France were the only operators to use the jets.

With other companies, such as Virgin, Boom and SpaceX working on their own Concorde successor, the chances of supersonic flights transporting us around the world at lightning speeds seems to be a matter of when, not if.

Topics in this article: Nasa