A small Australian town has emerged from a spell of sweltering 30 degree Celsius heat with an impressive tan.

High temperatures followed by gusty winds have coated Charlesville, Queensland in a sheet of orange dust.

According to Australia’s Bureau of Meteorology (BoM), the hot weather had generated a large amount of dust in the area. Winds of up to 60mph caused a sheet of dust to sweep across the city, creating an almost post-apocalyptic scene.

The town has suffered minor damage as a result of the storm according to Grant Marcus, a Queensland Police inspector. The wind has ripped roofs off of buildings, topped trees and signs and carries wheelie bins off down the streets.

However, for the most part, Charlesville escaped unscathed. Other parts of Queensland received heavy rain and stormy conditions which caused far worse damage. The town of Moranbah saw large trees topple and structures collapse under 100km/h winds. Trampolines are reported to have taken to the skies under the conditions.

Moranbah residents have been urged to take precautions during storm clean up. Read our tips here: https://t.co/s28vByfBU5 pic.twitter.com/T3tK2K2LK9

Video footage, taken from above by flying healthcare service Royal Flying Doctor, shows an orange mass where the town should be. The dust storm is estimated to have covered 124 miles of land, Australia’s BoM reported.

What is the best way to deal with a #duststorm? Hope that you have closed the windows at home and find the closest Pilot. Good news our nurses in #Charleville know who to call. Video filmed on the way home from a clinic in #Windorah pic.twitter.com/4lBZmGwltp

The storm passed within a few hours. However, the orange fog remains. It will take some time for the dust to settle in Charlesville the BoM has said.

“We do see a fair few dust events through the western parts of Queensland because it is such a dry and hot place, but it’s definitely one of the more impressive events of the last few years.”

On that occasion, millions of tonnes of red dust swept across Australia’s east coast in what was the country’s worst dust storm in 70 years. 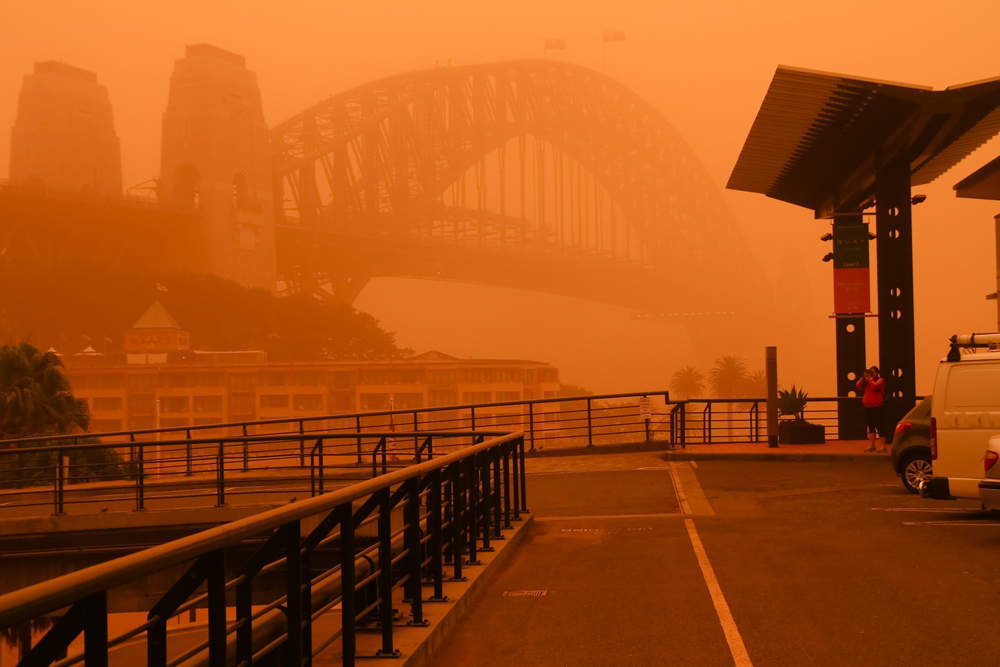 However, Charlesville locals said that it is uncommon to see dust this thick and brightly coloured.

The bright orange hue is caused by the sun shining through the cloud of dust.

A severe weather warning remains in place across parts of Queensland. The BoM has predicted for damaging winds, hailstones, heavy rainfall and flash flooding.