Karen Millen, founder of the eponymous high street brand, has been declared bankrupt by the High Court.

After being involved in a tax avoidance scheme, it appears the fashion designer has been declared bankrupt after failing to pay £6m to HMRC.

Millen founded the high street band in 1981 in Kent. It is well known for specialising in women’s workwear and evening wear. She sold her share of the business in 2004 and it is now owned by Aurora Fashions, under the ownership of Kaupthing Bank.

It is Kaupthing that Millen blames for her financial troubles. She has said she was the victim of fraud by the Icelandic bank which collapsed in 2008, and that the bank’s administrators have prevented her from starting again as a designer.

In addition, Millen also said her accountants advised her to enter a tax avoidance scheme called Round the World in 2011, which promised members they could avoid tax from the sale of shares by transferring them to trustees in Mauritius.

However, HMRC won a legal dispute in 2010 which found that the scheme was orchestrated from the UK and could therefore be taxed – which lead to Millen being sent the £6m tax bill. The Times reported that Millen could lose her £3m home as well as other properties and valuables as a result of the bill.

“The past nine years have been one long legal battle against the banks to try to achieve justice and have now taken their toll,” Millen said.

“I feel all of my energy has been eaten up by negativity. It is my intention now to finally put the past behind me and I look forward to a clean start.”

Fashion is a cruel world to those who don’t succeed. Here are some of the other designers and brands that have filed for bankruptcy in recent years.

Owned by husband and wife duo, the BCBG Max Azaria Group filed for bankruptcy protection in March.  Reuters reported it is now attempting to close freestanding stores in Canada, consolidate operations in Europe and Japan and close another 120 retail stores as part of restructuring efforts.

The US chain now for its speciality in basics and risque adverts filed for bankruptcy in 2015. The brand’s reputation was tarnished by its chief executive, Dov Charney, who was fired in December 2014 after allegations of sexual misconduct. 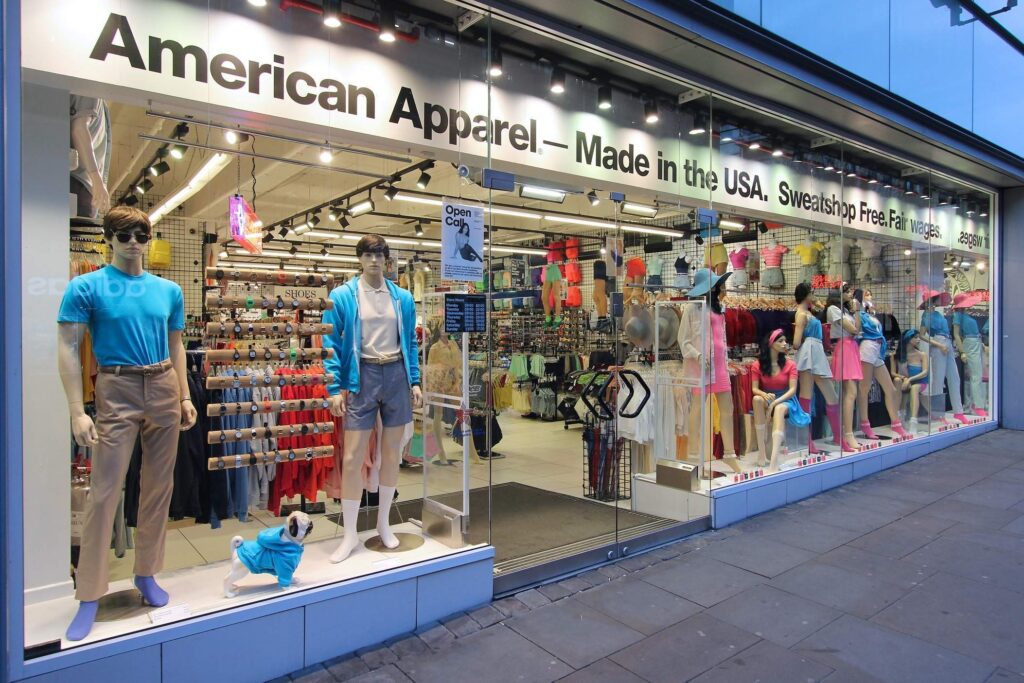 The designer was creating dresses for Michelle Obama in 2008 but by 2010 had filed for bankruptcy and closed all her stores. At the time she told the Chicago Sun that she hoped to resurrect the brand one day:

“I am confident that the ‘Maria Pinto’ name will not go away, but will merely take a break, before emerging in a new form. I plan on using the next several months to explore different avenues and opportunities for business, as economic conditions improve,” said Pinto.

Couture designer Christian Lacroix had to shut up shot in 2009 and filed for bankruptcy. Despite being a staple of the Paris fashion scene, restructuring efforts saw the brand reduced to perfumes and accessories, worlds away from the beautiful haute couture dresses that use to walk the runway.