When Blade Runner was released in 1982, Ridley Scott introduced us to a dystopian vision of what Los Angeles could look like in 2019. Amongst the cyborgs, video phones and AI of this world were Spinners – flying cars. Now that we’ve caught up to 2019, it looks like that vision of flying cars wasn’t too far off.

Urban air travel is now starting to look more reality than science fiction as multiple companies – including aviation giants Boeing and Airbus – are working on eVTOL (electric vertical take-off and landing) concepts. The goal is to make these vehicles a viable alternative to ground transport, ultimately helping alleviate traffic and pollution in urban areas. 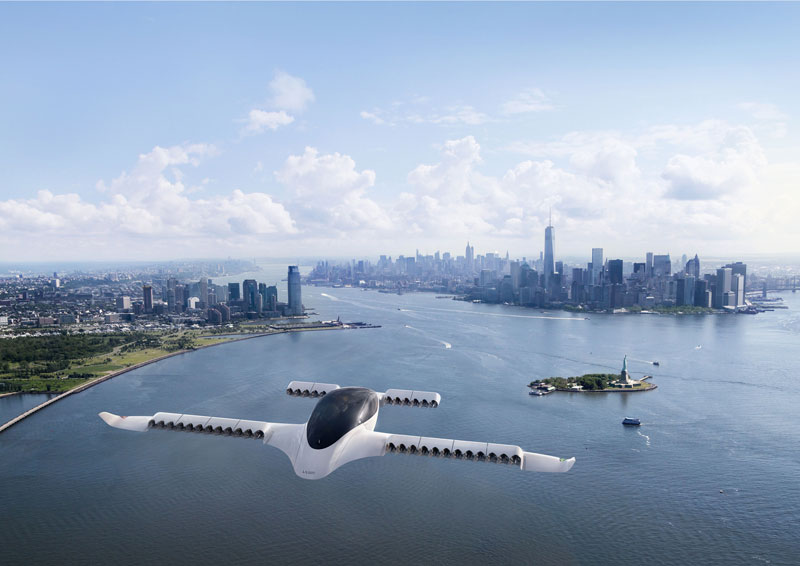 The latest milestone, however, offers an alternative to electric power. Alaka’i Technologies recently launched Skai, the world’s first hydrogen-powered air mobility system with a range of around 400km – equivalent to up to four hours of flight time.

Supply chain tech startups have raised $7bn since 2018: Big winners from the crisis

But it’s not just the clean energy that’s so impressive about these vehicles. It won’t come as a surprise to learn that autonomous flight is a key area manufacturers are focusing on. Once the framework is in place we might see regulatory bodies approving pilotless flying much sooner than you would think.

“Receiving the commercial license for air taxi aircraft is a question of time not possibility,” says Alex Zosel, co-founder of Volocopter.

Volocopter is currently working with transport and aviation authorities to launch autonomous two-seater vehicles in Singapore, with inner urban flight tests planned to take place by the end of 2019.

“Once regulation comes through on the aviation and city level – and this will be sooner than most think – we will be ready to take off.” says Zosel.

Ride-sharing in the sky, and beyond

Most of these companies plan to develop their own ride-sharing platforms, allowing passengers to use a mobile app to either book a private vehicle for themselves, or share the vehicle with other passengers.

Ride-sharing giant Uber has made no secret of its exploration of flying vehicles, having announcing Uber Air in 2016. Uber plans to launch a commercial service in 2023 where customers can use its app to get a flight on-demand in Dallas and Los Angeles, plus a still-undetermined international market.

Although using these new vehicles as passenger transport might make the most commercial sense, there are far more applications on the horizon for these vehicles. For example, emergency services would be able to use them to improve response times.

Skai says that its vehicle will allow EMS and medivac services to land closer to patients in areas that ambulances or helicopters can’t access as easily, as well as operating in densely populated spaces.

The vehicles could also attract interest from law enforcement agencies to enable improved response times and manoeuvrability over congested roads. Skai also hints at the possibility of autonomous vehicles being used for light cargo or package delivery.

Provided that regulatory authorities approve these vehicles, and that the cost of the new infrastructure isn’t prohibitive, the next 10 years could see a drastic shift in the way we think about travel as more of us take to the skies.

Read more: Blade Runner 2019: How close are we to the film’s vision of the future?