Temple Works Mill in Leeds has quite a history. Built in 1836, it’s biggest claim to fame is that former-flax mill was once home to the biggest room in the entire world. That room, the factory floor, is two acres in size.

The mill is a little off the beaten track, but it is one of only two Grade-1 listed buildings in Leeds city centre. In it’s prime, the flax mill was a technological marvel. The roof of the enormous factory floor was once supported by hollow pipes which collected rainwater from the roof.

The roof itself was covered in grass which captured water from the air. The pipes then collected rainwater and funneled it downwards into the factory to make steam to power the machines.

The mill’s cavernous factory floor is also lit by huge skylights. These, combined with the steam from the machines, kept the air moist, preventing the flax from breaking.

Temple Works Mill was also the home of the world’s first ever hydraulic lift. This lift was invented to carry sheep up onto the building’s roof to graze on the grass, preventing it from getting too long.

Aside from merely being a technological marvel, Temple Works is an architectural one too. The mill has a distinctly Egyptian look: it was modeled on the Temple of Horus at Edfu, on the banks of the Nile.

That’s because John Marshall, the founder of the Leeds flax industry, had a keen interest in Egyptology. Since flax was a key part of Egypt’s dominance in the ancient world, the two went hand in hand.

The designer, Egyptologist Joseph Bonomi, brother of famed-architect Ignatius Bonomi, hid plenty of details in the facade. Viewers can make out lotus capitals and hieroglyphic-filled coving. 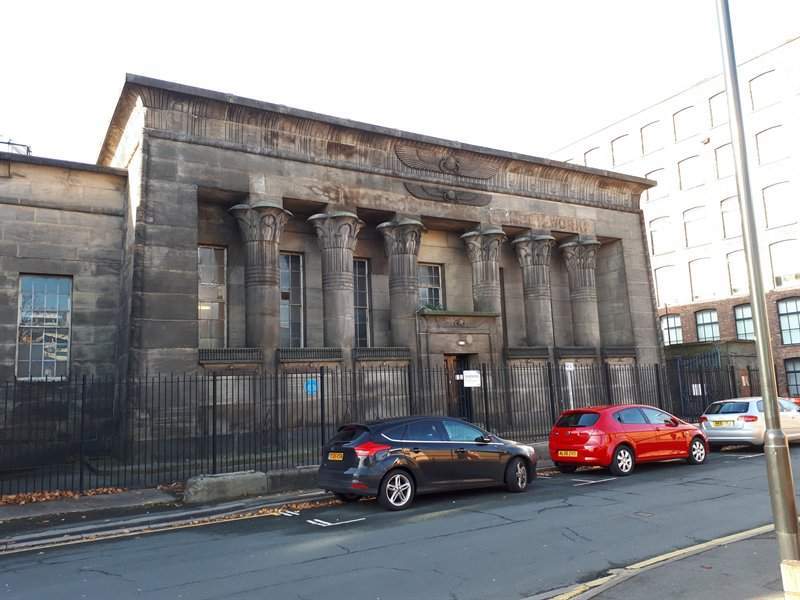 All of this history will be going on sale at a public auction on 7 December.

The property will be sold for no reserve price, this means bidding will start at just £1. The building will definitely be sold at the auction for the highest price it can get. Essentially, if no one bids high enough, this slice of history could be sold for next to nothing.

Unfortunately, these days, Temple Works Mill is a shadow of its former self and requires serious renovations.

The building eventually became a concert hall and a filming site for dozens of amateur horror movies and gothic photoshoots. Eventually, it became home to defunct catalogue company, Kays. During that time, it came under the ownership of the Barclay brothers, the family who own the Telegraph Media Group.

After a partial collapse in 2008, Temple Works is now considered one of the most endangered buildings in the UK. It was briefly reopened under the guise of Temple.Works.Leeds an art space which was planned to be a Northern rival to the Tate.

However, renovation costs spiraled up to £20m and a buyer willing to foot the bill never emerged.

Eventually, Burberry optioned the site to turn into a brand new factory and showroom. However, concerns over the Brexit vote caused Burberry to put the deal on hold in July 2016.

When a buyer emerges, they will be under no obligation to actually do anything with the building, or even pay for renovations. 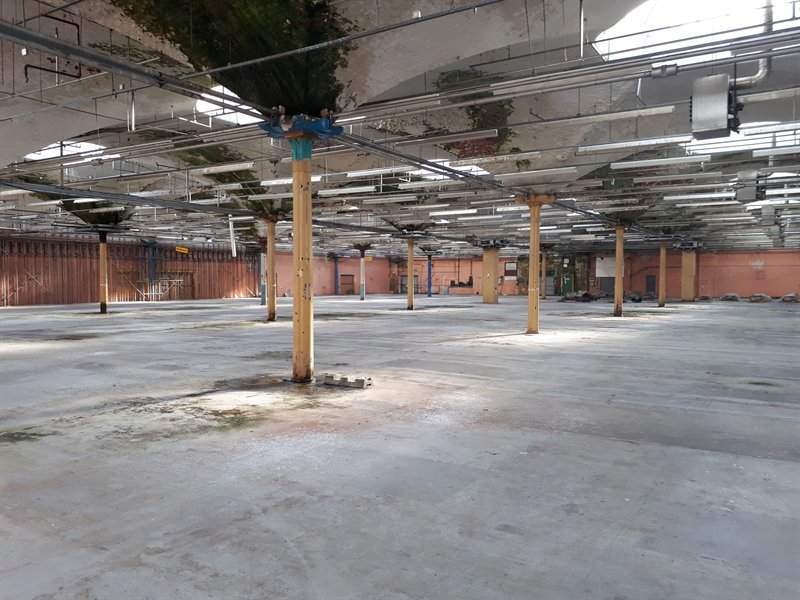 Local anger at the auction

Of course, while buyers might be thrilled to walk away from the auction with a bargain slice of history, locals aren’t quite so pleased.

Speaking to the Guardian, Martin Hamilton, the director of Leeds Civic Trust, expressed anger at the Barclays decision to put the building up for auction:

We are disappointed that the owners have chosen to dispose of the building by auction. It feels like they are washing their hands of what they must see as a liability.

There is now a real risk that a naive investor will purchase the building without the resources to spend on refurbishment – possibly upwards of £20m, leading to more years of neglect, planning and legal wrangles and quite possibly the final nail in the coffin for this building.

We would appeal to the owners to withdraw the building from the auction and to work with Leeds city council and other interested parties to identify a buyer with the necessary resources to turn the building round, and a use that would be a focus for the wider regeneration of this part of Leeds city centre.

A wise purchase for the right investor?

Unfortunately, because it is a listed building, the future uses of Temple Mill are limited. It could be turned into a gallery or museum, for example, but not a block of flats.

Still, for the right buyer with enough money to fund renovations, the mill could be a real diamond in the rough.

For a start, the local council has bought several acres of land around the site. They will sell this land to the right purchaser as a sweetener. This means meaning that a buyer could get more land than they originally purchased. In addition, the city council has committed to working collaboratively with a developer hoping to restore the building back to its former glory.

In addition, there’s no denying that Leeds is on the up. Jones Lang LaSalle (JLL), a real estate investment company, forecast house prices in the city will increase by 21.7 percent between 2017 and 2021.

That’s seriously outstripping the UK national average (4.9%). The city is attracting some huge investments too. In fact, the aforementioned Burberry are bringing their UK headquarters and 300 jobs to Leeds.

Plus, the HS2 rail link between London and Leeds is expected to bring even further development. In fact, Temple Works Mill is just around the corner from the planned HS2 station.

Suffice to say, the mill could be a seriously savvy investment for the right buyer with the right vision. If not, it is likely this historic building may not survive for future generations.