Last month, Rhodri Philipps, the fourth Viscount St Davids, was jailed for offering money to anyone who kills Gina Miller — the businesswoman who has become the face of Brexit resistance. However, the death threats are still coming in and are sadly changing the way she lives, writes Emily Wadsworth

A little way into our meeting, Gina Miller tells me about her plans to go to the theatre.

Her children were away on holiday with family, so Gina and her husband had a little time to themselves. Like a typical married couple would do, they decided to plan an evening out.

Read more: Gina Miller’s challenge to Theresa May: Let me help in the Brexit negotiations

Yet instead of discussing which theatre they should go to, or what they should see, Gina and her husband had a very different conversation.

Would she be recognised? Would people photograph her? Would she be verbally abused? Or the worst case scenario, would she be attacked?

“If it became too much to bear, I would have to seriously consider leaving the UK” — Gina Miller

This story, I soon realise, sums up how Gina now lives her life.

Not many people can claim to have launched a legal battle against our government — let alone single-handedly. Late last year Gina took to the government to court to decide if it could trigger Article 50 without parliamentary approval.

When the courts made me the lead claimant, contrary to many spiteful people, I didn’t put myself in that role, my lawyer said to me ‘my god Gina, do you know what this means?’ and I just sort of said yes. It was quite fatalistic of me.

Gina says her father taught her from a young age that she has a civic responsibility, so it felt natural to be so strongly fighting for the cause. She grew up with the belief that you should always stand up for what you feel to be right.

Yet when the case went to court, Gina didn’t think she would still be the only claimant.

Gina believed she would have many supporters rallying around her – from business to academics to philanthropists, but none materialised.

This is something she wishes she could turn the clock back on:

I would have done things differently and tried to get more support around me earlier. I was naive… and never ever anticipated that I would still be the only client at the end of the process.

After she defeated prime minister Theresa May and the government in court — despite the MPs ultimately approving the government’s plan to trigger Article 50 — Gina was thrust onto the most public of stages.

A stage that will tear people down as quickly as it raises them up. 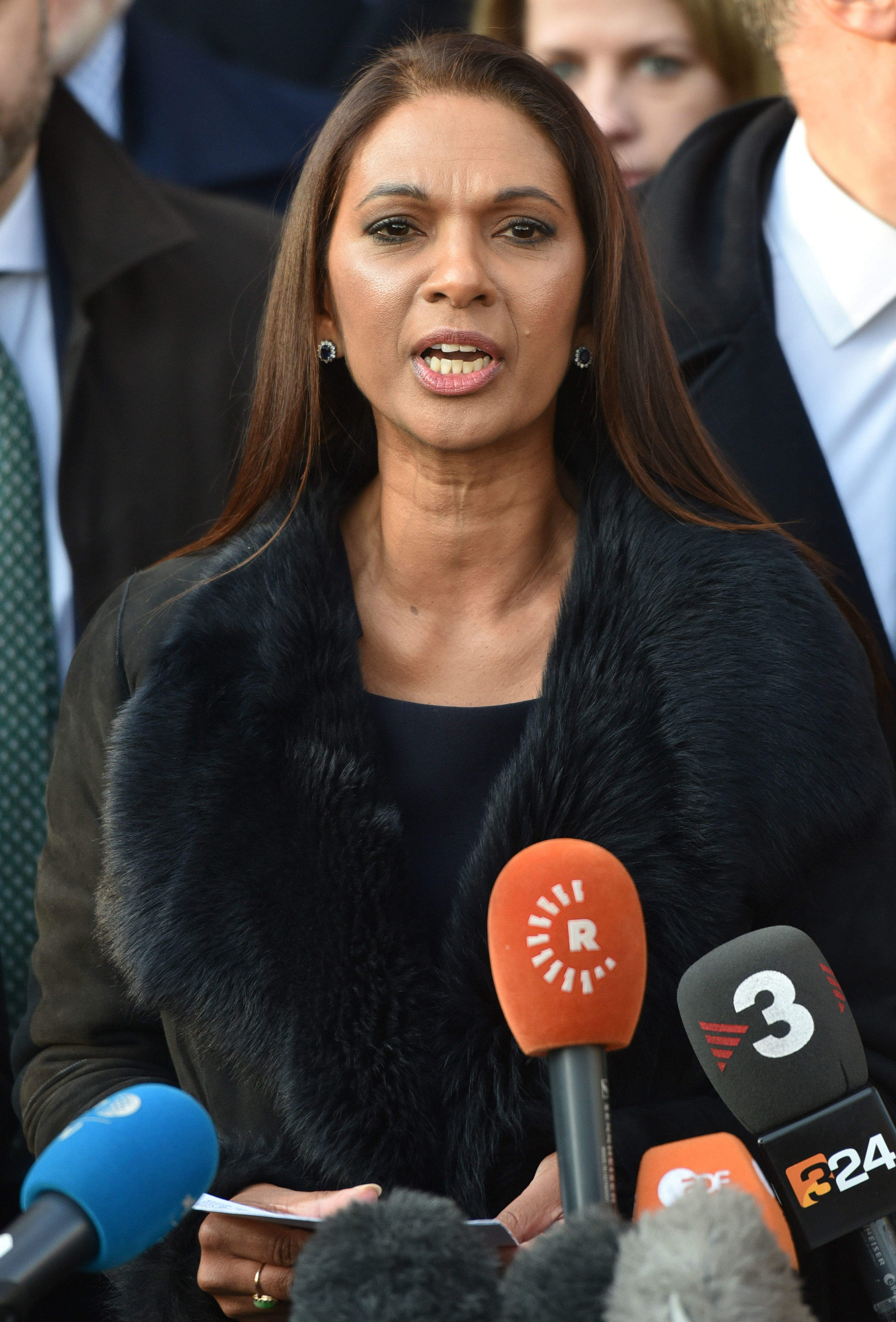 Gina Miller making a statement outside the Supreme Court in London

“My life has completely changed,” Gina explains. Living with a sense of fear and a very heightened sense of vigilance has become the norm for her now.

I have been getting threats of having acid thrown in my face for months and months now. When I see someone walk towards me on the street with a bottle of water or something, I just freak out.

The viscount was sentenced after he was found guilty of offering £5,000 for the first person to “accidentally; run over this bloody troublesome first-generation immigrant”.

Yet the high-profile ruling hasn’t been enough to scare others off.

The abuse is still pouring in

“I get people who send me death threats who include their name and full address on the letters. People are so bold that they just don’t hide,” says Gina.

People send her threatening messages on LinkedIn, and over email — all clearly stating who they are.

These aren’t merely internet trolls, concealing their identities and hiding behind a screen — but angry people emboldened by a furious right wing press.

Other than the Viscount’s arrest, the police have also issued eight cease and desist letters to those who have threatened Gina.

Gina also says that the social media platforms have been most unhelpful.

Considering the murder of Labour MP Jo Cox, just over a year ago, it’s hard to dismiss Gina’s fears as being overly dramatic.

Whilst Brexit and turbulent political times have rocked and divided the UK, her story, at its core, is a very human one.

Her husband is “perpetually concerned” and Miller’s three young children have had to become very much aware of the threats.

With hotlines into the police, personal security and alarms all around the family home, it seems normal family life is very far from normal anymore.

Yet Miller is determined to keep battling on and using her voice to speak out, until a day comes when she is forced to do otherwise.

“If it came to the point that it was just too much to bear from a security point of view, if I sat down with my police teams and we felt that it was a really serious threat, I would have to seriously consider leaving the UK,” she told me.

Gina’s family now stay in at weekends, and theatre trips and family outings are activities of the past.

At the heart of her story is a working mother fighting to keep her family safe and stand up for what she believes in.