For British authors and poets writing in English, one of the most prestigious awards are the Costa Prizes. This year, the winner was Inside The Wave, a collection of poetry by the late Helen Dunmore.

The Costa Book Awards have been running since 1971 and were then known as the Whitbread Book Awards. In 2006, they gained their current title when Whitbread subsidiary, Costa took over sponsorship duties.

The idea of the awards is to celebrate English-language literature written by writers based in Britain or Ireland. However, unlike the Booker Prize which also celebrates English-language literature published in the UK, the Costa Book Awards are designed to celebrate works that are enjoyable to read and accessible to a wide audience. Thus, the Costa Prize is considered more populist than the Booker Prize.

The awards are made up of five categories: Novel, First novel, Children’s book, Poetry, Biography. A winner is chosen in each category, then of those, an overall winner is selected.

Judges for the awards are a collection of writers, cultural critics, and minor celebrities.

The main winner of the Costa Book Awards 2018 is Helen Dunmore for her poetry collection, Inside The Wave. The win represents only the second time the award has ever been given posthumously. Dunmore wrote the poetry collection in the last weeks of her life preceding her death by cancer in June 2017.

The poetry collection considers the themes of cancer and death. One of the poems contained within, Hold Out Your Arms, was written just ten days before Dunmore died. 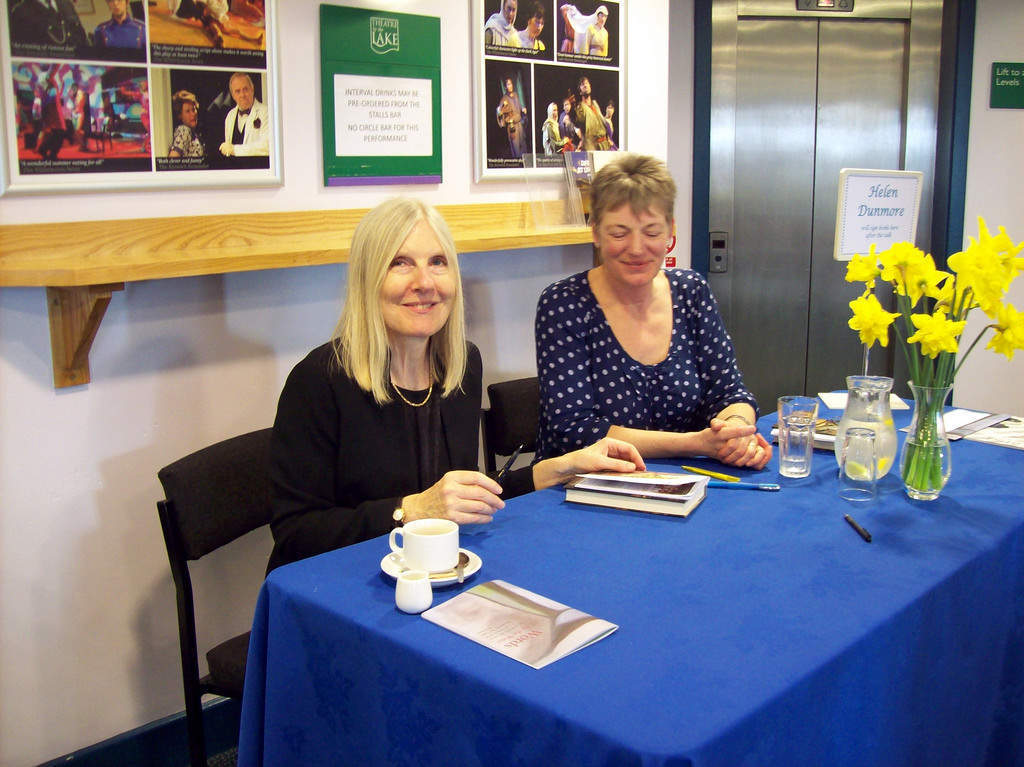 Despite its melancholy subject matter though, the collection is said to be very joyful and life-affirming. Chair of the judges, Wendy Holden said:

“Even though it was written while she was dying, it was very life affirming. Even people who didn’t normally read poetry thought it was a fantastic collection. It is incredibly moving, and by an author at the top of her game.

“Some of the poems are written from her hospital bed, but even those are very uplifting. They don’t need to be upbeat and jolly. Most of them have a lot to say about how we live, who she was, who we are … they speak to all of us. It is impossible to read it and not get something from it. It is great to give a collection of poetry this great prize.”

Costa also produced a short video interviewing Dunmore’s son, Patrick Charnley and some of the other celebrity judges at the event:

The other winners this year were as follows:

The favourite for the year was Emily Oliphant Is Completely Fine. Gail Honeyman’s debut has already made headlines after Reese Witherspoon’s production company, Hello Sunshine, announced it will be producing a film adaption.

Past winners of the Costa Book Awards

Dunmore is only the latest in a long line of Costa Book Award winners. The full list of winners can be found below:

1976 – The Children of Dynmouth – William Trevor

1986 – An Artist of the Floating World – Kazuo Ishiguro

1996 – Every Man for Himself – Beryl Bainbridge

*Originally, that year’s prize was awarded to Alexander Stuart’s The War Zone. The book was stripped of the prize due to fury among the judging panel.

1974 – The Life and Death of Mary Wollstonecraft – Claire Tomalin

1975 – The Improbable Puritan: A Life of Bulstrode Whitelocke – Ruth Spalding

1985 – Oranges Are Not the Only Fruit – Jeanette Winterson

1995 – Behind the Scenes at the Museum – Kate Atkinson

1984 – The Queen of the Pharisees’ Children – Barbara Willard

1987 – A Little Lower than the Angels – Geraldine McCaughrean

1995 – The Wreck of the Zanzibar – Michael Morpurgo

2004 – Not the End of the World – Geraldine McCaughrean

2016 – The Bombs That Brought Us Together – Brian Conaghan

2014 – My Family and Other Superheroes – Jonathan Edwards

2008 – Somewhere Towards the End – Diana Athill