Updated to Add Once again the UK is facing a severe CO2 shortage. The well-known greenhouse gas is used extensively in industry, especially in the food sector, and there are dire warnings of Christmas shortages in 2021. The problem is how CO2 is produced commercially: as a byproduct of fertiliser manufacturing, which is dependent on supplies of natural gas. A supply crunch in the gas market due to the world’s emergence from the Covid crisis and geopolitical manoeuvres by the Kremlin has recently been badly worsened in the UK by a calm spell which has hit electricity production from wind farms, causing prices to spike. Fertiliser plants, unable to afford gas, have shut down as a result and thus are not producing CO2 – and so the same dire situation seen in 2018 is repeating itself.

For a reminder of the background to the issue three years ago, read on:

The UK is facing a severe shortage of CO2, which is going to have a huge knock-on effect on food and drink. The shortage is all to do with the way that the gas is made. But how is CO2 produced commercially and why has that led to a shortage?

As it stands, three of the UK’s four major CO2 production facilities have shut down. Only one is still open. Across the whole of northern Europe, at least five CO2 producers are currently offline.

There are a few reasons why there is a carbon dioxide shortage. Ultimately, it’s a combination of different factors and bad timing.

How is CO2 produced commercially?

While CO2 can be distilled from the air, that method is expensive and inefficient.

Therefore, it is usually captured from other sources where it is a waste material. This could be anything from brewing beer to burning fossil fuels.

However, the most efficient way of producing carbon dioxide is from ammonia.

Ammonia is an inorganic chemical used in household cleaning products, plastic production, and food storage. The majority of ammonia is used in farming, though. Around 80% of ammonia produced around the world is used as plant fertiliser.

It is produced by burning natural gas to separate the carbon and hydrogen atoms. Hydrogen is then combined with nitrogen to create ammonia.

The carbon atoms can then combine with oxygen to create CO2 as a byproduct. This CO2 can then be sold to the industries that need it.

How is CO2 produced commercially?

As mentioned above, the present CO2 shortage is a confluence of a number of factors.

There’s also the high price of natural gas at the moment plus the low price of ammonia. That means factories have had to charge more for ammonia, and farmers who need it can import it cheaply from overseas. Consequently, less ammonia was produced this year and there was less CO2 produced as a result.

On top of that, there’s the warm weather northern Europe has experienced, and the World Cup. This means there’s been a huge spike in sales of drinks such as beers and fizzy pop. As these drinks require CO2 to produce, there’s less to go around than normal.

But why does the shortage matter? Well, that brings us to the next point…

What is CO2 used for?

As mentioned above, CO2 is used in the production of drinks, both soft and alcoholic. The bubbles in your lemonade are CO2 and so is the foam on the top of your beer. Simply put, if there’s no CO2, your favourite drinks can’t be made. 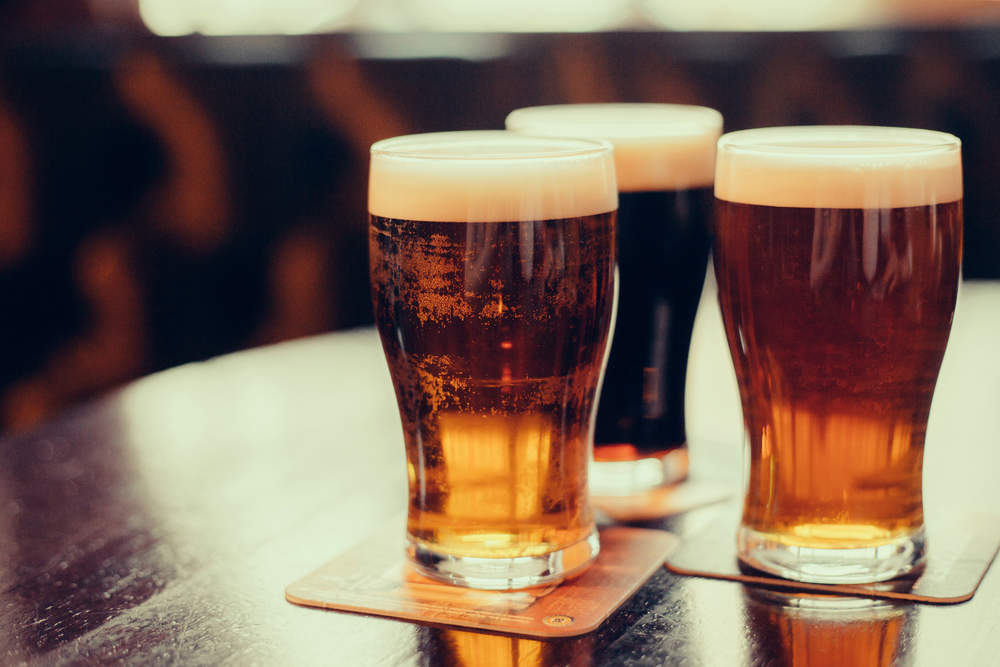 But CO2 also has uses in food production. The gas is also used to stun animals before they are slaughtered for meat. If animals can’t be stunned, then the meat industry could grind to a halt.

CO2 is also used in food packaging to extend the lifespan of everything from meat to salads. It is also used to create dry ice, which is used to keep food cool while it is in transit.

Outside the food and drink sector, CO2 also has several other important functions. It is used in various medical procedures, semi-conductor manufacturing, and to help extract crude oil.

In short, a lack of CO2 is a big issue for a lot of industries.

When will the CO2 shortage end?

That depends on how much we have left, and how much it is needed. Some reports from around the UK says food and drinks suppliers are using emergency reserves to keep production up and running.

As we’ll discuss in the next point, it seems like lots of big brands have been affected. That might suggest the shortage is actually rather severe.

However, it’s not all bad news. According to some reports, one of the UK’s largest ammonia production facilities expects to reopen as of next week. Even if that doesn’t totally end the shortage, it should alleviate the issue somewhat.

Unfortunately though, CO2 is difficult and expensive to transport so it can’t just be brought in from abroad. Essentially, countries who run out of CO2 are on their own until they can get more.

And if you’re thinking of writing to the government about this, you should know, there’s not much they can do. The government doesn’t regulate the industry so there’s nothing ministers can do to force producers to make more carbon dioxide.

Trade journal Gasworld report that the shortage will probably continue for at least another next week.

When the CO2 supply is restored, some industries will have priority over others. The abattoirs will get priority because animal welfare is involved. After that, it’ll be the biggest customers who get priority, so expect to be sipping fresh Coca-Cola before you enjoy your favourite craft cider.

Who is CO2 shortage affecting?

Some J.D Wetherspoon venues have restricted the sale of draught John Smith’s and Strongbow cider. In addition, Heineken has written to pubs asking them not to place large orders for John Smith’s Extra Smooth and Amstel. In addition, Coca-Cola has paused production until more CO2 is available. Tesco-owned Booker, which supplies beer to restaurants and bars, has started rationing to ten cases per customer.

Scotland’s biggest abattoir has also shut its doors and is sending animals to be slaughtered in England. Some have said this could lead to higher prices or even shortages on meat. They are hesitant to directly say so because of the danger of people stockpiling food and restricting the supply for everyone.

Ocado and Morrisons have also suspended orders of frozen food as they can’t create dry ice to keep it cool.

Who knew that we were so dependent on carbon dioxide?

Beat the beer rationing: alternatives to overcome the CO2 shortage

Show us the money: Sustainable finance tech for COP26 to think about