In just two short years, IBM has almost single handedly brought quantum computing out of academia and into the hands of anyone with access to the internet.

And now business partners are eyeing IBM’s super computer as a revolutionary way to make artificial intelligence (AI) not just faster, but smarter.

At its first annual Think conference in Las Vegas IBM showcased a quantum computer that promises to solve problems that are currently and may well forever remain beyond the reach of traditional, classical computing.

Though still only a working prototype, IBM’s 50-quantum bit — or qubit — computer represents an exponential leap over the company’s earlier iterations in terms of sheer horsepower.

Running at temperatures cooler than those found in outer space, IBM’s forthcoming Q computer will exploit the laws of quantum mechanics to evaluate 100 quadrillion states simultaneously.

Whereas a traditional computer only sees two states for each bit, a quantum computer can see a number of states in between those two (called a superposition).

Instead of flipping a coin and having it come up heads or tails, a quantum computer can see heads, tails and any number of states while the coin is in the air.

Less than two years have passed since IBM introduced its first working five-qubit quantum computer online for public use.

It took only twelve months for the company to realise a 16-qubit upgrade and six more months to reach the 20-qubit threshold.

And even with a 50-qubit machine on the horizon, IBM is already aiming for a 60-qubit system that can evaluate a thousand quadrillion states.

It is not unthinkable, therefore, to reach 200-qubits, where the computer could evaluate more states than there are particles in the known universe.

It is not inconceivable that in the very near future, a quantum computer will be able to reach a theoretical milestone termed quantum supremacy, solving problems beyond the reach of current computing power — problems such as the simulation of large, complex molecules.

With today’s computing power, simulating a single caffeine molecule would require a computer one tenth the size of the earth.

And yet, despite this sort of exponential rate of growth in processing power, quantum computers remain an experimental, academic concept.

This is down to two problems.

First, quantum states are notoriously fragile and subject to interference from outside sources (hence the near zero degrees refrigeration), which may prevent IBM and other vendors like Google and Intel from ever reaching that hallowed state of quantum supremacy.

Second and most importantly, we are still learning how to make use of quantum computers.

The ability to see the superposition of a given qubit is what makes a quantum computer like IBM Q special, but it also demands a new way of thinking about the algorithms we use to solve problems.

To exploit the ideas of quantum mechanics like entanglement and tunnelling, developers have to create brand new algorithms that do not obey the classic computing rules of linear execution.

Quantum development is in fact so different that a typical algorithm written using IBM’s Quantum Composer (a part of the freely available IBM Q Experience) looks a lot more like a piece of music than a piece of software.

It is the unique, lyrical nature of quantum algorithms that hold the most promise for business, not just academia. 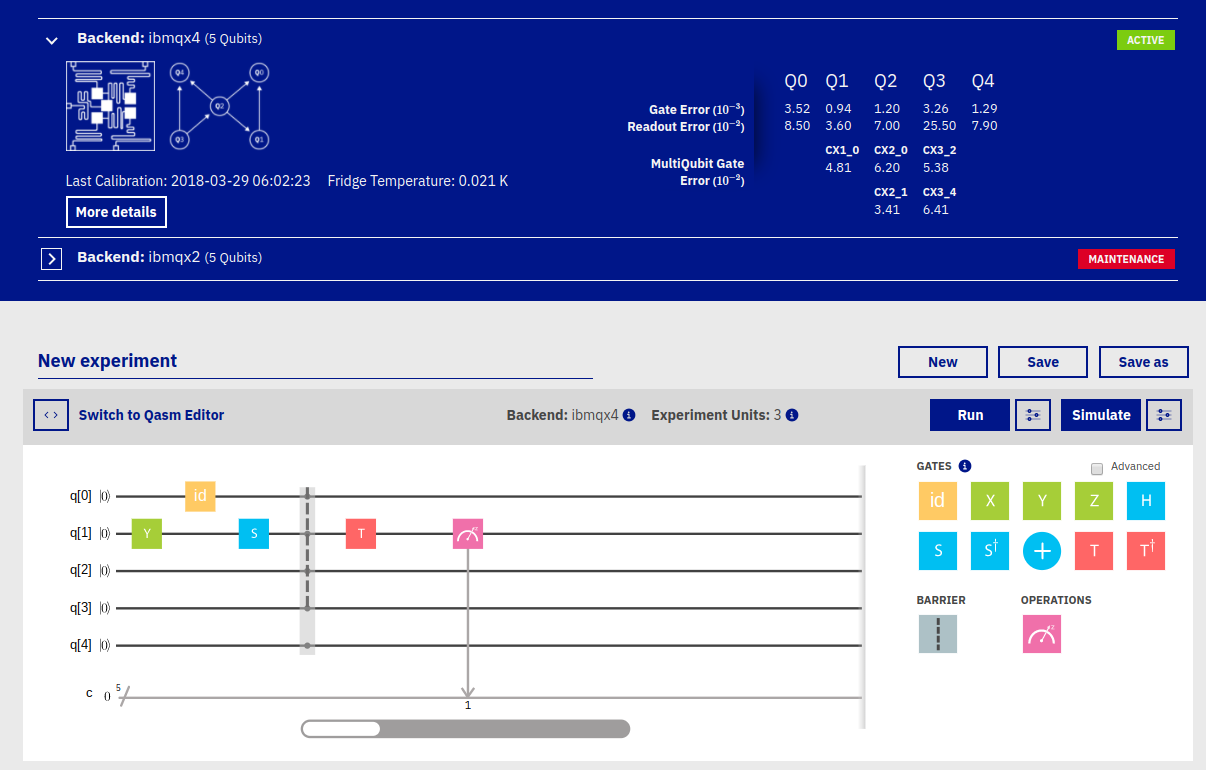 For heavy lifting AI chores like classification, regression and clustering — quantum computing will usher in an entirely new realm of performance and scale.

The basic value proposition is this: instead of solving problems in sequence as with traditional computer chips, quantum computers can solve multiple problems in parallel.

This can greatly speed up key facets of machine learning, such as reinforcement learning, as the computer can probe a much larger number of possibilities in determining a course of action that leads to a reward — let’s say winning at the game of Go or Chess or deciding on the most appropriate ad to display.

After all, speed is everything with machine learning with hardware bottlenecks standing as a roadblock to progress.

This promise is readily evident in IBM’s assembled cadre of partner organisations — members of its Q Network — which includes several companies heavily invested in AI.

Car maker Daimler, for example, is hoping to solve problems such as manufacturing process optimisation and vehicle routing for fleet logistics.

And tech titan Samsung, which is also heavily investing in AI, intends to exploit any opportunities to improve its semiconductor and display business.

Much of this is still theoretical as there are very few quantum computers available to test out these ideas and even fewer that can be put to work in a production environment at scale.

But if IBM’s quantum computing efforts are a reliable bellwether for how the market will mature, we should see quantum AI enter the mainstream within the next five years.