It didn’t last long however, as a dip in Amazon’s shares meant that Gates was back on top after just a few short hours.

That these two billionaires both made their money in tech shouldn’t be surprising.

GlobalData research shows that while millionaires source their wealth from an array of industries, tech and telecoms produces the most millionaires in the US.

Millionaires who made their money from tech and telecoms make up 15.9 percent of the country’s total. 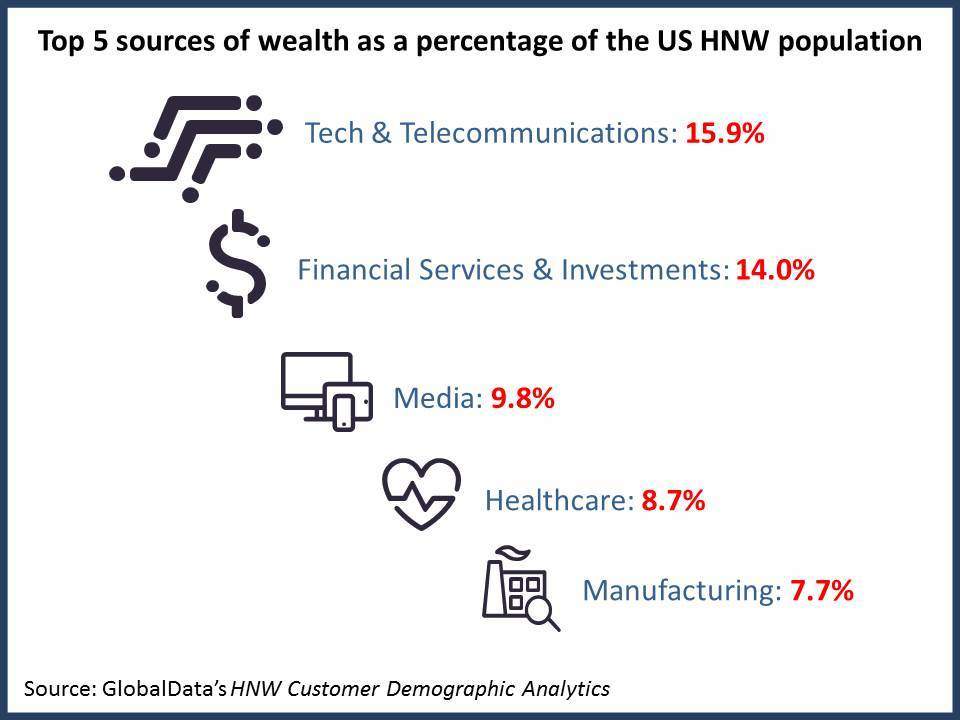 The richest people in the US source their wealth from just three industries: tech, financial services, and the media.

And this is unlikely to change any time soon. Once you’re at the top of the tree, you can focus on staying there.