The high-profile departures of Sean Spicer, Steve Bannon, Reince Priebus, and Anthony Scaramucci have led critics to wonder exactly what is happening in the White House.

Potentially the more worrying of the two were the words of James Mattis, secretary of defence. In a video which went viral thanks to Guardian, Mattis seemingly criticises the president.

The general was speaking to a group of soldiers and he said:

You’re a great example of our country right now… Our country, right now, it’s got problems that we don’t have in the military… You just hold the line until our country gets back to understanding and respecting each other and showing it.

One could interpret that as a comment on the wider issues America is facing. However, Mattis followed it up by commenting on America’s dual powers of ‘inspiration’ and “intimidation”:

While the general didn’t name-drop Trump, his meaning is clear. The president no longer possesses the power to inspire the world as a result of his own actions and words.

Mattis’ words don’t quite amount of insubordination, but they do hint at a looming constitutional crisis.

One of president’s key purposes is to have a civilian in charge of the military. A civilian controlled military is supposed to prevent military coups by elected generals. But if the generals in the military are telling soldiers that they are morally (and perhaps intellectually) superior to the commander-in-chief, that’s the first step on a long road that could lead to a coup.

Of course, that’s a distant possibility at this point. However, Mattis’ comments might suggest that he’s preparing himself should Trump go off the rails. 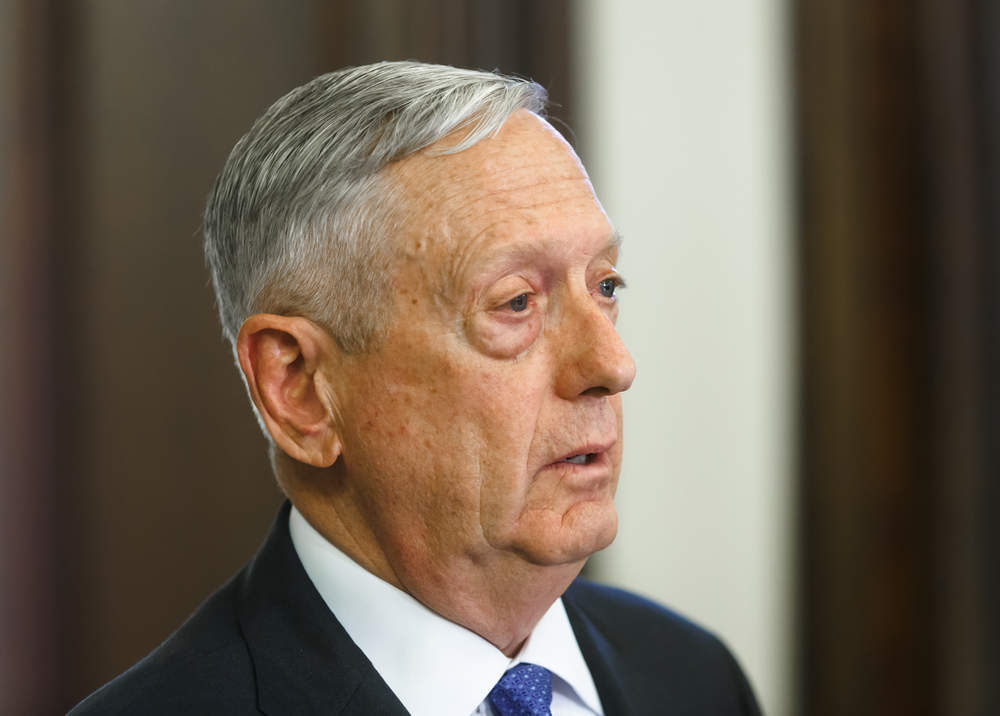 The Secretary of State’s comments

The drama continued on Sunday when Tillerson took part in a live interview on Fox News.

Tillerson said that the US is committed to freedom and the “equal treatment of people the world over”.

This led to him being challenged over Trump’s reaction to the white supremacist rally in Charlottesville where the president had condemned violence “on many sides”.

Tillerson simply remarked “the president speaks for himself”.

This is an unusual statement and does seem to hint at a growing division between Tillerson and Trump.

The president, after all, is the figurehead for the entirety of the US. Tillerson’s remark suggests that the Secretary of State has little confidence in the president’s ability to do so.

Tillerson’s low-key criticism of the president is the latest bump in their decidedly rocky relationship.

Trump has vexes Tillerson’s attempts to steer foreign policy at every turn.

For example, Tillerson unsuccessfully urged Trump to keep the US with the Paris Agreement which resulted in international condemnation of the president.

His attempts to mediate in the Middle East’s dispute over Qatar’s alleged involvement in terrorism had to be reshaped thanks to some ill-advised tweets from the president.

Some accuse Tillerson of incompetence while others suggest Trump’s refusal to nominate any additional staff to the state department is frustrating him.

Either way, Tillerson’s issues with Trump are clearly beginning to bubble to the surface.

Could all this lead to impeachment for Trump?

In short, no. The situation is yet to progress quite that far. However, Fred Kaplan, a political writer for Slate compared the situation to that of president Nixon who’s actions also aroused suspicion and anger from his generals.

Safe to say, Trump is running out of friends. Powerful friends at that.

The Trump administration can afford to lose a few communications directors but losing the generals would shake the White House much more seriously.

The president needs to get his administration in order if he wants to continue to clutch onto his power.