Boom in UK tourism and lower value of the pound following the Brexit vote are the key drivers behind the luxury department store increase in the country.

The performance of the luxury and mid-market players has been, and will remain, extremely polarised as the premium/luxury retailers continue to invest to retain their appeal and the mid-market players struggle to excite and lure in shoppers.

Premium and luxury department stores such as Fortnum & Mason, Harrods and Selfridges have benefited from the boost in tourism since the fall in the value of the pound following the Brexit vote, with growth in 2016 and 2017 being particularly marked for these players.

Meanwhile, mid-market players such as Marks & Spencer and Debenhams have failed to retain sales growth due to a confused proposition and unclear purpose. 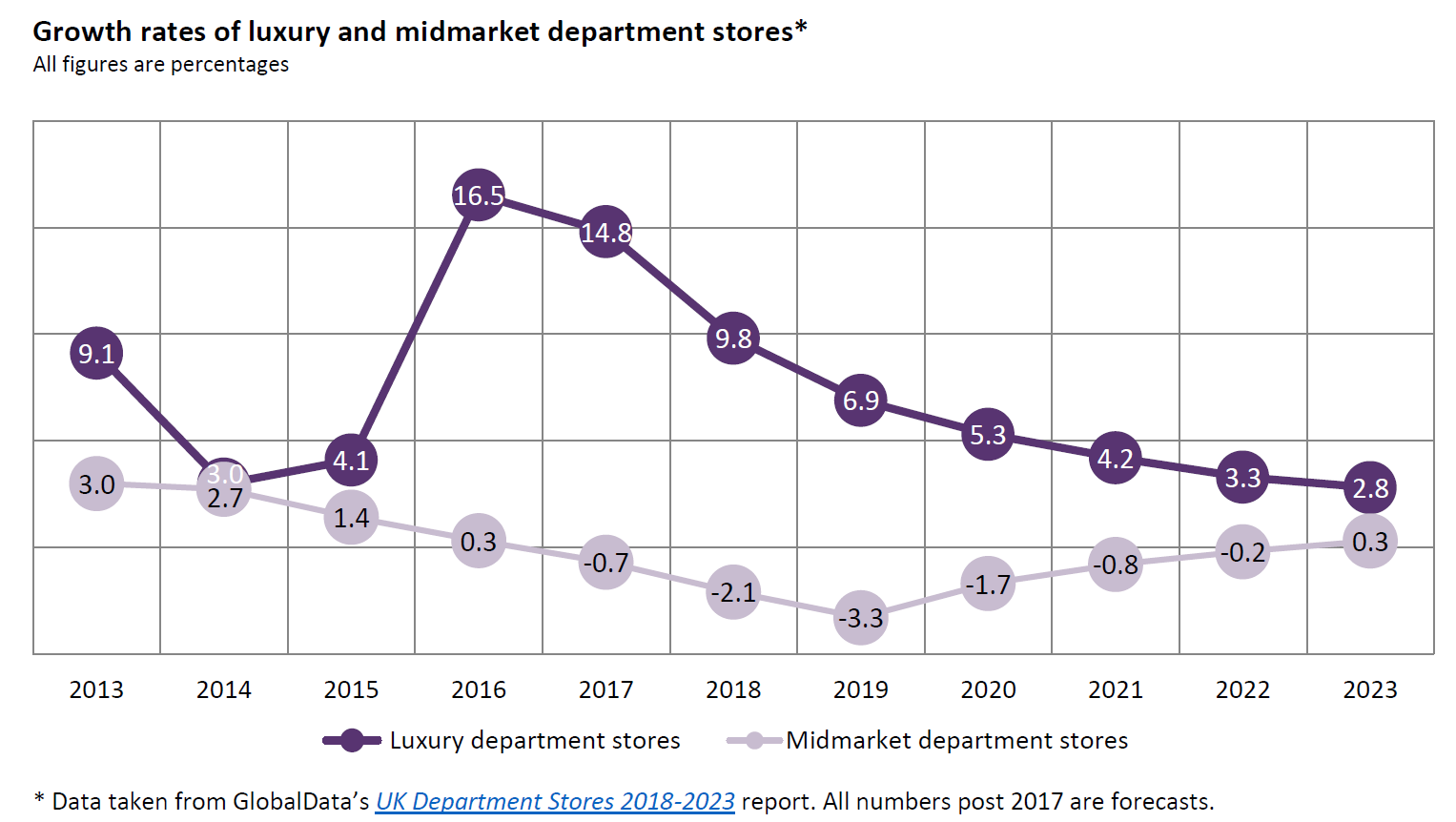 Sustained investment from the premium/luxury players in the store environment ensures that they remain destinations for both tourists and domestic shoppers alike, and subsequently, these retailers will continue to outperform the growth of the overall department stores market over the next five years.

The mid-market players will continue to underperform the growth in the department stores channel out to 2023 as their share becomes further eroded as online pureplays, price-competitive discounters and specialists continue to capture shopper spend and lure customers away.