Ecotourism in the UK is booming. According to data gathered by the government, between 2009 and 2016 adults in Britain made 2.6 billion visits to forests or woodland areas in England. In that same time period, that the number of visits has risen by 71%.

However, what’s less obvious is that those same areas which are drawing hundreds of millions of tourists every year are dying where they stand.

The reason for the disturbance? Deer.

The UK has six species of deer: red deer, roe deer, sika, Reeves’ muntjac, fallow deer, and Chinese water deer. Only the first two are indigenous to the British Isles, the others were introduced by humans later. The trouble is that without a predator to hunt these deer, their populations are growing wildly out of control.

Currently the British deer population is at an all-time high. This causes various problems for Britain but most obvious is the impact on woodland. Deer overpopulation means woodlands are stripped bare of vegetation, causing problems for other species which live there.

Areas with deer exhibit a 50% decline in the number of woodland birds. University of East Anglia’s Paul Dolman explains to Countryfile:

“Deer will eat the understorey and so the coppices, for example, lose their shrub layer.

“That can be a problem for nightingales and other long-distance migrants, such as willow warblers, chiffchaffs and blackcaps.”

The UK government spends millions each year on deer management; whether that be culling deer or erecting deer fences to control their migration patterns. Either way, it’s not a great look for a country whose burgeoning ecotourism industry is growing year on year.

So what’s the solution? Well, to some ecologists are looking to the past to find a more natural solution to the UK’s deer problem.

A lynx to the past:

“Lynx are as native as a blackbird, as a hedgehog, as a robin. They’re as much a part of the UK eco-system as any other native species,” Paul O’Donoghue tells Verdict.

O’Donoghue is one of the leading scientists working with the Lynx UK Trust on reintroducing these cats back into the UK. Ahead of a wide launch, the group have submitted a proposal for a trial reintroduction to Natural England who are currently assessing the plan.

The area for the trial is the 250 square mile Kielder forest in Northumberland. The idea is that six adult Eurasian lynx will be introduced to the area with heavy monitoring and tracking for five years. This will help scientists assess their impact on the area as well as preventing potential any conflicts with humans.

And the best part? Lynx are expert deer hunters.

No one would seriously argue that the UK isn’t completely overrun with deer to the point where natural forest regeneration has basically stopped. Lynx will help to redress that balance in our horribly unbalanced eco-systems.

But the lynx would not only save money on deer control and management, as well as allowing British forests to heal, but there’s evidence to suggest they could actually provide a boost to the economy. 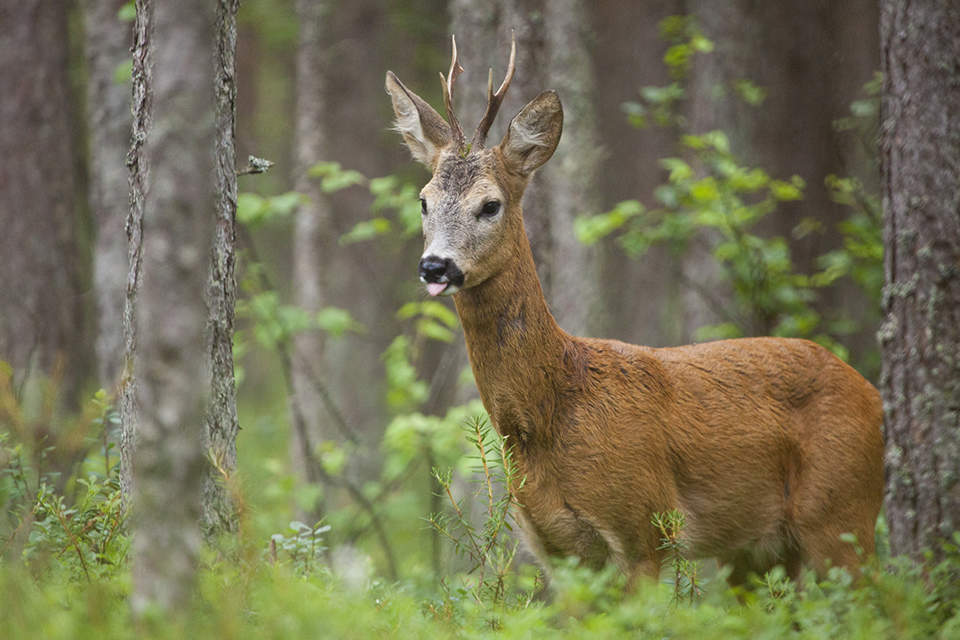 As mentioned above, woods and forests are a real attraction in the UK. Obviously a thriving, successful woodland will prove more of an attraction to tourists than a dead, empty one ruined by deer.

But the lynx themselves could become an attraction, suggest the Lynx UK Trust.

As part of the organisation’s research into the potential impact of the lynx, it undertook a cost-benefit analysis of the Harz mountains region of Germany.

Lynx were reintroduced into that region in the year 2000. Since then, its estimated lynx drive around between £8 million and £13 million per year of tourist spend in that region alone.

Just over half (54%) of the visitors to the region said in a survey that lynx were a factor in them choosing to visit the region.

As for the proposed UK reintroduction, it could be a serious bargain for taxpayers. There is also no planned cost to the taxpayer as the Lynx UK Trust has received private funding for the trial. O’Donoghue explains:

That was based on a very rigorous assessment of the Hartz Mountains reintroduction. And we think that Kielder will attract at least as many people. It’s effectively just off the M6.

And public support for a lynx reintroduction to the UK is significant. The Lynx UK Trust did the largest conservation consultation in UK history receiving nearly 10,000 respondents in a week. In all, 92.8% of the public approved the idea.

How can an elusive cat bring in so much ecotourism?

It’s also important to note that there has never been a recorded attack of a wild lynx on a human in recorded history. That includes dog-walkers, campers, and children who’ve wandered from the path.

In fact, there’s no conclusive evidence of lynx coming into direct conflict with humans at all. No dogs or cats have been attacked either.

That’s because lynx are secretive and nocturnal animals.

But that begs the question, will they be effective at driving tourism if no one ever sees them? The evidence says yes.

Of the 54% who said lynx were a factor in their visit to the Harz Mountains, 88% said knowing they were unlikely to actually see lynx wouldn’t impact their decision to visit. Accounting for the 12% who might not have made the trip if they’d known the lynx were wild, that’s still around £7 million to £11 million in ecotourism for the region.

O’Donoghue claims human nature is attracted to mystery and secrecy, so the lynx would fit in perfectly.

“If you see a lynx, it would be the wildlife encounter of a lifetime. That’s what will bring people in. It’s the chance. And the fact that they’re hard to see is a reason why people will want to see them.

“The rarer and more elusive something is, the more people want to see it. It’s human nature.”

How soon could lynx be reintroduced?

Whether you’re for or against lynx reintroduction, you’ve got to contend with the same underlying fact: ecotourism could stand to be a huge earner for the UK.

For the time there’s no information on when lynx reintroduction could begin. Natural England are currently assessing the proposal.

We have received an application from the Lynx UK Trust to license a trial to release Eurasian lynx into Kielder Forest.

This application will now be considered. Any decision to grant a licence to reintroduce lynx into the wild in England will be based on the impacts on affected communities, the wider environment and follow international guidelines. 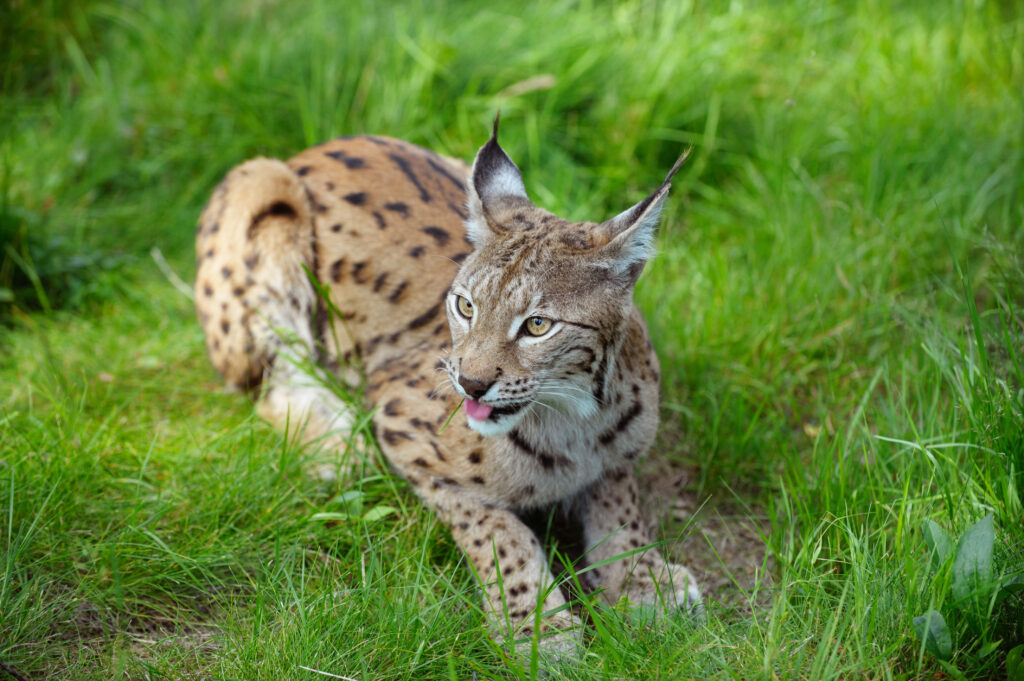 Still, even should Natural England turn down the proposal, farming unions might not have much to celebrate. O’Donoghue is adamant that lynx reintroduction will happen sooner or later:

We have everything in place to deliver this project. So we expect to get a positive decision. If we don’t, we’ll get feedback on why we didn’t, and we’ll simply and quickly rectify any shortcomings and resubmit. And we’ll continue to resubmit until we get the license.

There is no logical or scientific reason to not grant a license.

Judging by O’Donoghue comments, it’s not a matter of if, but when.