Manchester Reform Synagogue, the city’s first post-war building and its only city-centre synagogue has been digitally preserved for future generations through the use of virtual reality (VR).

One of the oldest Reform synagogues in the United Kingdom, Manchester Reform Synagogue is located on Jackson’s Row in the centre of the city and is of great cultural and architectural significance to Manchester’s Jewish community.

However, the building has been earmarked for demolition since 2014, with plans to rebuild it on a new site. With the help of virtual reality (VR) the historical building is being digitally captured.

Manchester Metropolitan University researchers and Archives+ have used a combination of digital reproduction methods, including CAD software and laser scanning, to transform memories, images and film into a VR experience, launching at the synagogue on October 31. 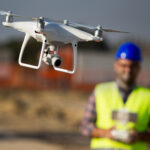 News
Enterprise drones market to climb by 50% in 2020: Gartner 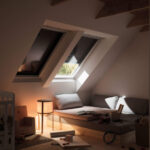 Through the use of VR headsets, visitors will have the chance to learn about the synagogue’s history, hear personal testimonies from its congregation, as well as viewing the inside of one of Manchester’s most famous buildings.

Rabbi Robyn Ashworth-Steen, from Manchester Reform Synagogue, said: “For our Jackson’s Row members this is a once-in-a-lifetime opportunity to experience our synagogue in a unique way.

“As we begin to transition from our building for our re-development project this event is not to be missed and a remarkable way for us to learn about the history of our community and celebrate our potential going forward.”

The use of VR in museums and heritage sites is one of the ways such institutions are beginning to embrace the benefits the technology can offer. When old buildings are renovated or demolished, their heritage is often lost. New technology means that they can be viewed and experienced even if the physical building cannot.

The researchers aim to develop the project further, and move into the production of mixed-reality experiences that can be geo-located, allowing people to visit demolished or redeveloped buildings in their original location using untethered wearable devices.

“Using the synagogue as a test, we’ve made a model that is more than you would expect of a traditional survey. This project is a new way of thinking about how we record our cities for future generations to access and experience.”