Most people travel to tourist attractions to witness and experience famous places with their own eyes, but as more attractions begin to offer virtual reality experiences, is VR enhancing the tourist experience or detaching us from our surroundings?

“VR is an innovative medium through which we can experience different worlds, arguably in the most powerful, cost-effective way we have ever been able to do in humanity’s history.

“Arguments can and will always be made that this has the potential to negatively impact society, but this is no different to most emerging technologies. Technology is agnostic. It is on us to ensure that we push for it to be a positive force in the world.

VR is already part of the tourism industry as can be seen from the investments organisations like Thomas Cook, Qantas, and Visit Wales have made in the technology to better communicate the feeling of being in different parts of the globe. This will only grow in the future as the technology becomes more normalised and more effective at bringing the world closer together.”

VR tourism is becoming increasingly popular in London with several of the most famous attractions having previously offered or are currently offering VR experiences.

Here are four London attractions where VR has been used to heighten the experience: 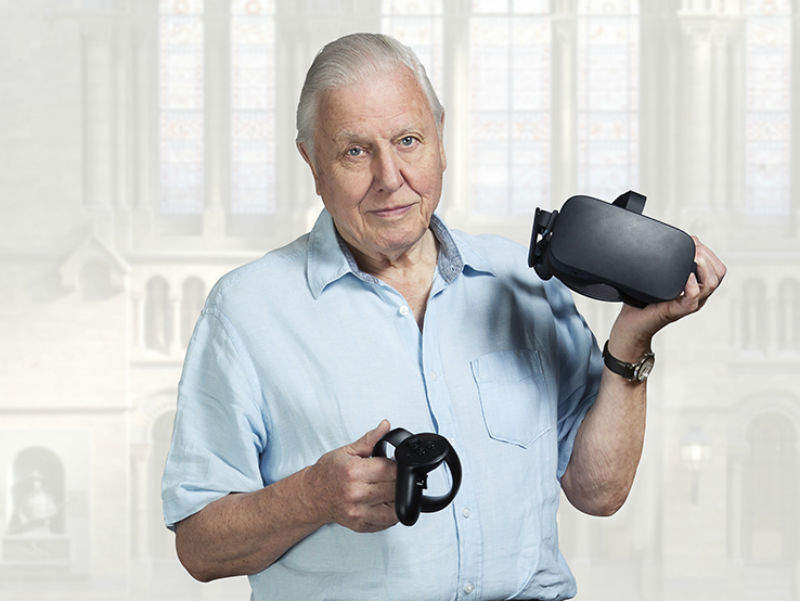 Earlier this year, the Natural History Museum launched its Hold the World VR experience, which was commissioned by Sky VR Studio.

Hold the World has been designed to take visitors on a behind the scenes tour of the Natural History Museum with David Attenborough as the tour guide. The experience requires the use of a headset and controller and participants can look inside the Conservation Centre, Cryptogamic Herbarium and Earth Sciences Library, and handle rare and priceless objects.

Attenborough was digitally recreated as a lifelike 3D hologram for the experience. He believes the VR experience enhances the museum because it is educational and gives people a chance to access artefacts that they would never have been able to see otherwise. 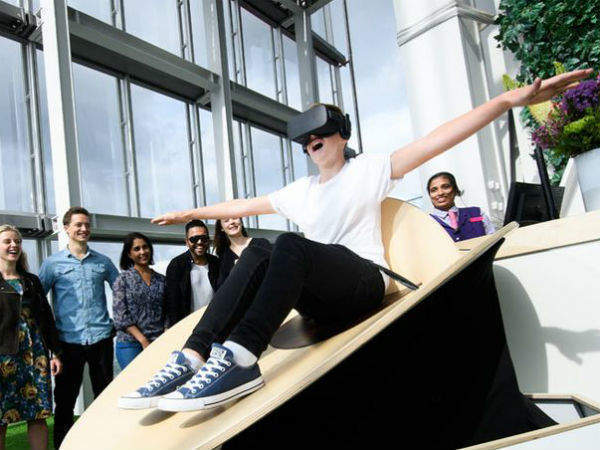 Another successful example of VR tourism comes from The View from The Shard. Last summer the attraction gave visitors the chance to slide around London’s tallest building on a 360-degree virtual ride.

The Shard’s second VR offering, Vertigo, was marketed as a historically educating adventure telling the history of the iconic building. Visitors were virtually suspended in the air and made to walk across steel beams, whilst following Romeo the fox and taking instructions from a construction worker to help to build The Shard. 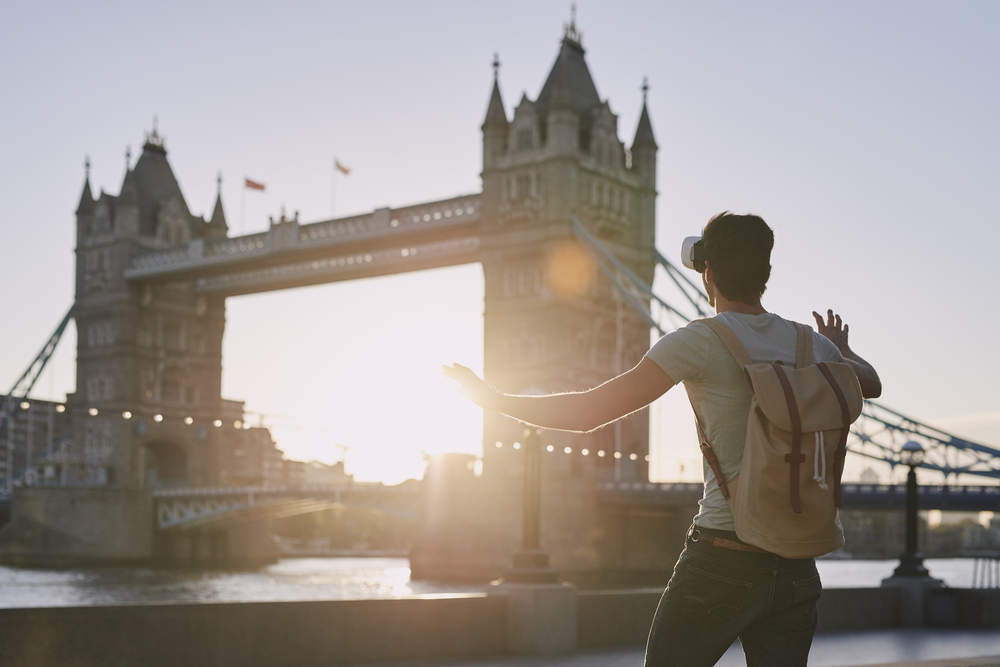 London’s Tower Bridge is just one of many attractions that have teamed up with the TimeLooper app to offer visitors a new VR tourism experience. The app can be downloaded for free from Google Play or the App Store, but visitors will need to buy a £5 headset at the bridge to immerse themselves in the experience.

TimeLooper claims to transform smartphones into time machines. In this case, visitors get to witness labourers construct Tower Bridge back in 1892, as well as other events in the bridge’s history. 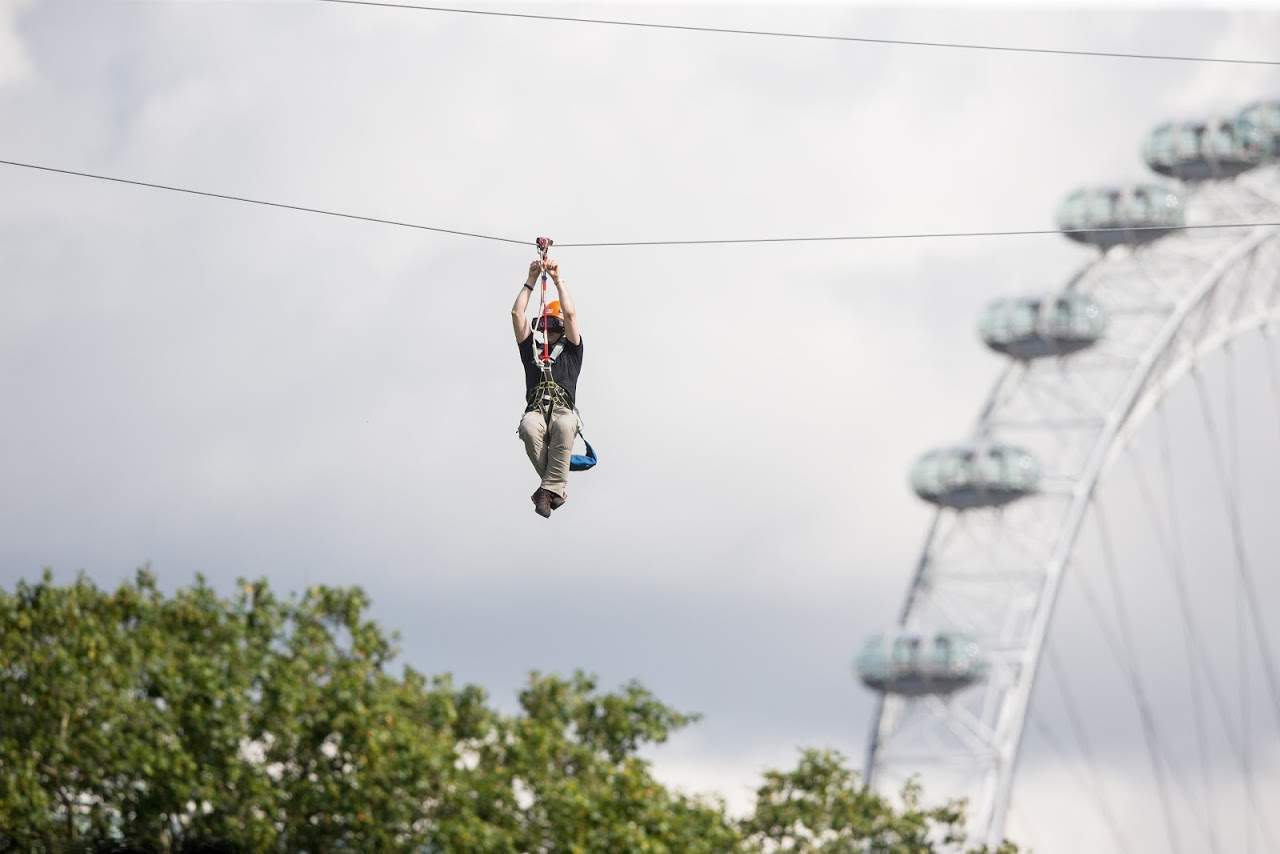 As VR tourism develops, there are hopes that users will be able to virtually escape to another country at will.

Zip Now London is pioneered this trend throughout the summer. The world’s longest and fastest city centre zip line offered riders a choice between a standard trip, offering an extraordinary vantage point to take in the London skyline, or alternatively, a second option marketed as an “even more breath-taking experience”. This experience involved visitors wearing a VR headset for the ride, which transported them to Jebel Jais Flight, the single longest zip-line course in the world located 45 minutes from Dubai.

It’s not just tourist attractions which are embracing new technology. VR is also set to take over airports. VR tours, augmented reality board games and hologram shopping are just some of the things to be expected from the airport lounge of the future.

VR tourism: Detracting from the experience?

The examples above show how VR can be used effectively. However, some feel that introducing VR tourism experiences at certain attractions, such as places of historical significance, can arguably detract from an authentic experience.

“This is a fair point but requires a more granular discussion around how VR is being used at these attractions. The strength of virtual reality comes from its ability to immerse users in another world. Therefore, simply recreating a place of historical significance at the site itself offers no value to a visitor.

However, if VR is used, for example, to take that visitor back in time and make them feel what the site was like 500 years ago, that is not something that can be easily or as effectively reproduced in the real world. In this case, VR would enhance the experience, not detract from it, and the present day state can still be appreciated in real life.”