Soap brand Dove — owned by Unilever — has been accused of promoting discrimination against breastfeeding in public and has been forced to pull a recent ad, with the UK advertising watchdog received 378 complaints since the campaign was launched.

It then asks: What’s your way? 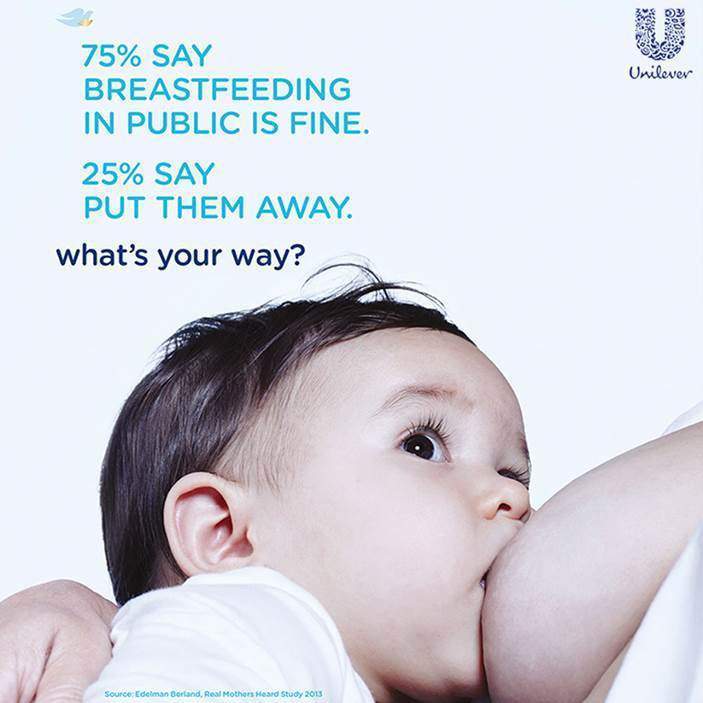 Business
Will the amazing shrinking chocolate bars be able to tackle obesity?

What Dove really meant, as it stated on its website, was that “whatever choice you make, we are with you every step of the way”.

Unfortunately, this intention was overshadowed by the controversy raised from the breastfeeding debate.

Many believe that Dove’s new ad had created a negative image of breastfeeding in public.

Dove responded to accusations by saying the campaign: “Supports mums who breastfeed in public, as well as those who choose not to, regardless of what other people say or think.”

However, the brand has stopped running the ads.

So what went wrong?

The fatal error has been the campaign’s misuse of wording – it sounds like Dove tried to get consumers to rethink or doubt their breastfeeding choice.

The ads do not include any supportive text or images, and instead only highlights the divisive views between the two groups — failing to appeal to either group.

When a brand is perceived to be negative, either due to misinterpreting consumer values or misunderstanding, it faces serious damage to its reputation and future sales performance.

GlobalData research has found 45 percent of consumers around the world would boycott a brand whose values do not reflect their own.

What could Dove have done?

Dove made a right choice of selecting a topic that instantly draws attention from mothers — its core demographic.

But Dove could have focused on helping mothers with emotional barrier to breastfeed in public or to overcome fears that they’re not the perfect mother.

Using topical societal issues in marketing is not uncommon in the personal care industry.

Skincare brand SK-II launched a more successful campaign in 2017, encouraging women not to feel pressured by the cultural expectation that they should get married young, which is common in east Asia.

You are more than your age – Don’t let others put an expiry date on you.

And it demonstrated SK-II’s understanding of its target markets, delivered a strong message of pro-aging, and raises public awareness to respect women’s life decisions and aspirations.

By June it had attracted thousands of views online in China.

Dove — and Unilever — need to recognise good marketing isn’t about pleasing everyone.

Personal care brands need to bear in mind their power to influence and drive social trends, to bring in more positive changes that lead to a better society.