The appointment of Martin Selmayr as the European Commission’s new Secretary-General caused outrage among some members of the European Parliament.

The issue with Selmayr’s appointment isn’t the man himself – few would argue that he isn’t qualified for the role. However, given Selmayr’s relationship with current President of the European Commission Jean-Claude Juncker, some questioned whether the commission’s internal hiring process had been followed.

Selmayr’s appointment was announced at a snap press conference in February. The Commission sent an email out to 1,000 journalists 51 minutes before the conference was set to begin. This suggested that something big was coming. However, even then, few had expected current Secretary-General Alexander Italianer to announce his retirement, or the EC to announce his successor so quickly.

The EC initially hired Selmayr as Deputy Secretary-General, but Italianer’s retirement has thrown him into the top job.

However, the EC  insists that it followed the correct hiring process.

“The vacancy notice for the post of Deputy Secretary-General, which was vacant following the appointment of Ms Paraskevi Michou as Director-General of Directorate-General on Migration and Home Affairs, was published on 31 January 2018 with the standard deadline of ten working days,

“It was an internal publication, open to Commission officials, in accordance with Article 29 of the Staff Regulations, which provides for the filling of vacancies by transfer or promotion within the Commission.”

If this is the case, those MEPs questioning the process would have known that the job was available.

An EU spokesperson told Verdict that the situation is simply being used as excuse to discredit the EC and Selmayr for personal gain:

“Some people seem to have an issue with his nationality (notably the French Socialists, while Germans criticise he is not defending German interests, for example when he was key in preventing Grexit).

“Others seem to have a problem with his unapologetic pro-European stance (he was the one who pushed for EU unity at 27 after Brexit and who advocated a European response to the migration crisis), whilst others see an opportunity to weaken our institution.”

“Still others have a professional interest in creating a media buzz. And then there is the seemingly irresistible temptation of the Bubble to engage in its favourite pastime: navel-gazing (perhaps combined with an over-dose of House of Cards).”

Regardless, Selmayr is now the Secretary-General of the European Commission, a role that places him in charge of the EC’s 33,000-strong civil service. The European Union’s top ranks insist that he is the right man for the job, but who exactly is he?

To make it easier to get to know the man tasked with ensuring that the Commission is following Juncker’s lead, Verdict has put together a professional CV for the new Secretary-General.

Please note Selmayr has had no part in this. However, using details from LinkedIn and Europa.eu, this is how we imagine his CV might look following his recent promotion:

Secretary-General of the European Commission

I am an experienced politician, having risen from the role of research assistant to Jean-Claude Juncker’s right-hand man over the past two decades. I currently serve as as Secretary-General of the European Commission, working to ensure that the EC’s 33,000 civil servants stay in line.

Some call me manipulative, scheming and loathsome, mainly those that support Britain’s decision to leave the European Union. I have been outspoken on Brexit and may or may not have made attempts to derail talks. However, I believe that my meddling shows my passion for the job and willingness to go the extra mile for my employer.

I come with a wealth of friends and contacts in high places. However, despite what some French politicians may tell you, my success is down to persistence and patience, rather than nepotism and contempt for rules.

I spent time in London as part of the ERASMUS EU student exchange programme, where I obtained a diploma in English legal studies. This is a prime example of why the European Union is magnificent and what wouldn’t be possible without it.

I hold a doctorate in law, having graduated from the University of Passau, Germany in 2001.

The University of Passau has since asked me to return to teach as a lecturer on EU and US Competition Law. This is a position that I have held since 2001 and continue to hold, despite my European Commission commitments.

Worked under Dr. Michael Schweitzer, Scientific Director of the university’s Center for European Law. In this role I conducted research into European Community Law, Public International Law and German Constitutional and Administrative Law.

While working for the University of Passau, I also served as a legal Counsel in the European Union’s Directorate-General for Legal Service. This in-house organisation provides support and guidance to the European Commission. I later moved in to an external role as Legal Advisor.

After getting acquainted with the European Commission, I decided to try my hand in the private sector. I joined German multinational Bertelsmann, a mass media group behind companies such as Penguin Random House, RTL Group and BMG Media. In this role, I provided support on issues relating to competition law.

Having completed an internship with the company during my time at university, where I became well acquainted with then Senior Vice-President of Media Development Elmar Brok, I was welcomed in with open arms at Bertelsmann. The company handed me the first of many career promotions that I would go on to receive. I was made the Vice President of the Government Relations department after just over 18 months in the role.

I took up my first role at the European Commission a year later. Having succeeded in a competition for lawyers, I was invited to serve as the Commission Spokesperson for the Information Society and Media department. This role put me in a position that allowed me to start forming important connections. I served directly under Viviane Reding, former European Commissioner for Information Society and Media, who went on to lead the Justice, Fundamental Rights and Citizenship department.

When Reding moved to the Justice, Fundamental Rights and Citizenship department, she took me with her. Reding appointed me as her Head of Cabinet. In this role I was tasked with organising the Justice cabinet and providing guidance to the commissioner.

After four years working under Reding, I requested leave of absence to manage the campaign as Jean-Claude Juncker bid to become the new President of the European Commission. This involved giving up my European Commission wage. However, this proved to be a good decision. Not only did I help Juncker to reach the top job, highlighting my own brilliance in the process, but I also formed a bond with the future leader that would see me rise through the ranks at the European Commission.

My exit from the Justice cabinet was made permanent following Juncker’s election victory. My role as campaign leader put me in charge of leading the transition team as Juncker prepared to replace José Manuel Barroso.

I was back and forth between London and Brussels between June 2014 and October 2014. Alongside my role as head of the Jean-Claude Juncker Transition Team, I also served as the EU Director at the European Bank for Reconstruction and Development. This EC-operated investment bank is tasked with providing financial support to businesses and entrepreneurs to help the European Union’s economies to grow.

Having formed a great relationship with the new President throughout the election campaign, I was selected to head Juncker’s new Cabinet. In this role, I was tasked with keeping the President’s core group of aids and advisers in line.

Having proved myself more than capable of managing Juncker’s core team of about 30, I have since been promoted to oversee the European Commission’s 33,000-strong civil service. After undergoing numerous interviews, I was selected to take over as Deputy Secretary-General following the appointment of Ms Paraskevi Michou as Director-General of Directorate-General on Migration and Home Affairs. However, the departure of Alexander Italianer saw me promoted to Secretary-General before I had even started in my new role. This was, of course, entirely unplanned. As part of my new job, I am tasked with ensuring that the entire Commission is working towards Juncker’s goals and taking charge of the institutes’ decision-making process. Essentially, I am running the show without the President title.

Multilingual – Having studied and worked in a range of countries, I speak a total of seven languages to some extent. I am fluent in English, French and German. Likewise, I also have some understanding of Spanish, Italian, Russian and Polish.

US Law – As well as my extensive knowledge of European law, I am also well-versed on the laws of the United States. After completing my PhD, I travelled to the University of California to take part in a six week programme titled “Orientation in US Law” ran by the prestigious UC Davis research and teaching institute.

Socialising – I enjoy spending time with old friends, with whom I often discuss politics over a nice meal. When they’re not around, I often meet with my friends in the press to update them on what’s been going on in my life.

Guiding the next generation – Between Brexit, migrants and arguing with President Trump, EU officials don’t have time for much else. However, in my spare time, I like to help to develop the next generation of lawyers and politicians. Since 2001 I have served as a lecturer at Saarlandes University teaching European Economic and Finance Law. Likewise, I also teach EU and US Competition Law at the University of Passau. 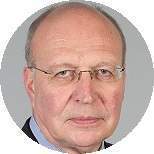 “Selmayr is very bright and a committed federalist. All other things being equal, he will be a notable secretary general of the Commission.” 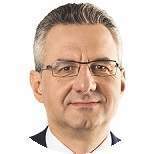 “Selmayr’s coronation is purely political. The European Commission is an administrative body supposed to serve the EU member states at the first place. Top appointees must therefore be strictly independent and non-political. Martin Selmayr is quite the contrary. He is a highly political figure with strong political background and a fanatic euro-federalist.”

“Everything was done strictly by the book, and as a result we have an excellent Secretary-General. And nobody contests that.” 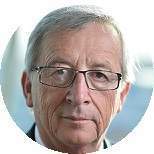 “Mr Selmayr has, without any doubt, all the qualifications required for the function of Secretary-General.”

These comments have been collected by Verdict. We took Jean-Claude Juncker’s comment from a letter from Juncker to the German politician Udo Bullmann, as seen by Verdict.