With the Middle East mired in conflict, the global weapons trade is booming, sending sales for 2013-17 up 10% from the previous four years.

Combined, these five countries received 35% of all arms imports.

Civil wars in Syria and Yemen, which have been raging for six years and three years respectively, have been the driving force behind much of the arms dealing. 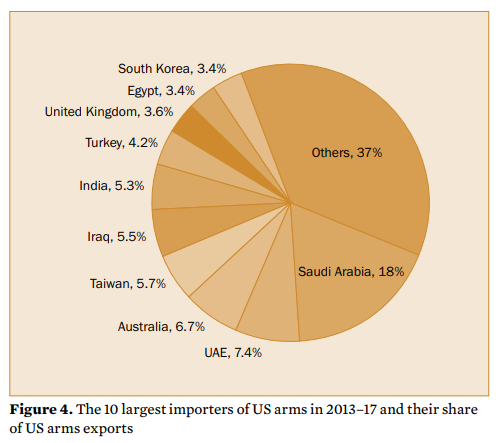 Total international trade in arms is now worth about $100 billion per year, according to the Stockholm International Peace Research Institute (Sipri), which compiled the report.

The five largest West European suppliers — France, Germany, the UK, Spain and Italy — together accounted for 23% of global arms transfers in the 2013-17 period. 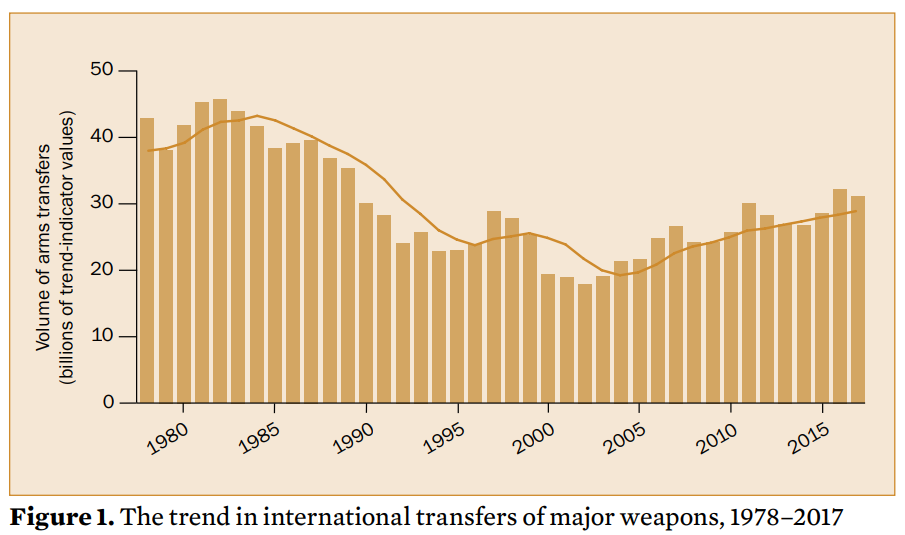 As part of its efforts to offset China’s growing influence in Asia and Oceania, the US has been strengthening its ties with India, according to Sipri. US arms deliveries to India rose by a whopping 557% over the two periods 2008-12 and 2013-17. 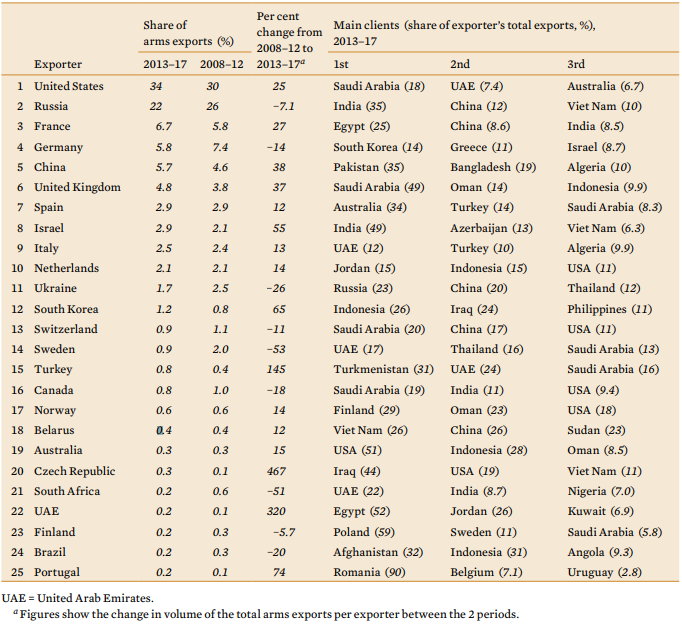