US upmarket cafe chain Panera Bread is going to start putting how much sugar is in drinks on the sides of its cups.

The new cups will list the amount of added sugar in seven drinks, including cola and blood orange lemonade.

The chain’s so-called sweet facts cups, available at its 2,042 cafes across 46 US states from next month, also state the number of calories in each drink. 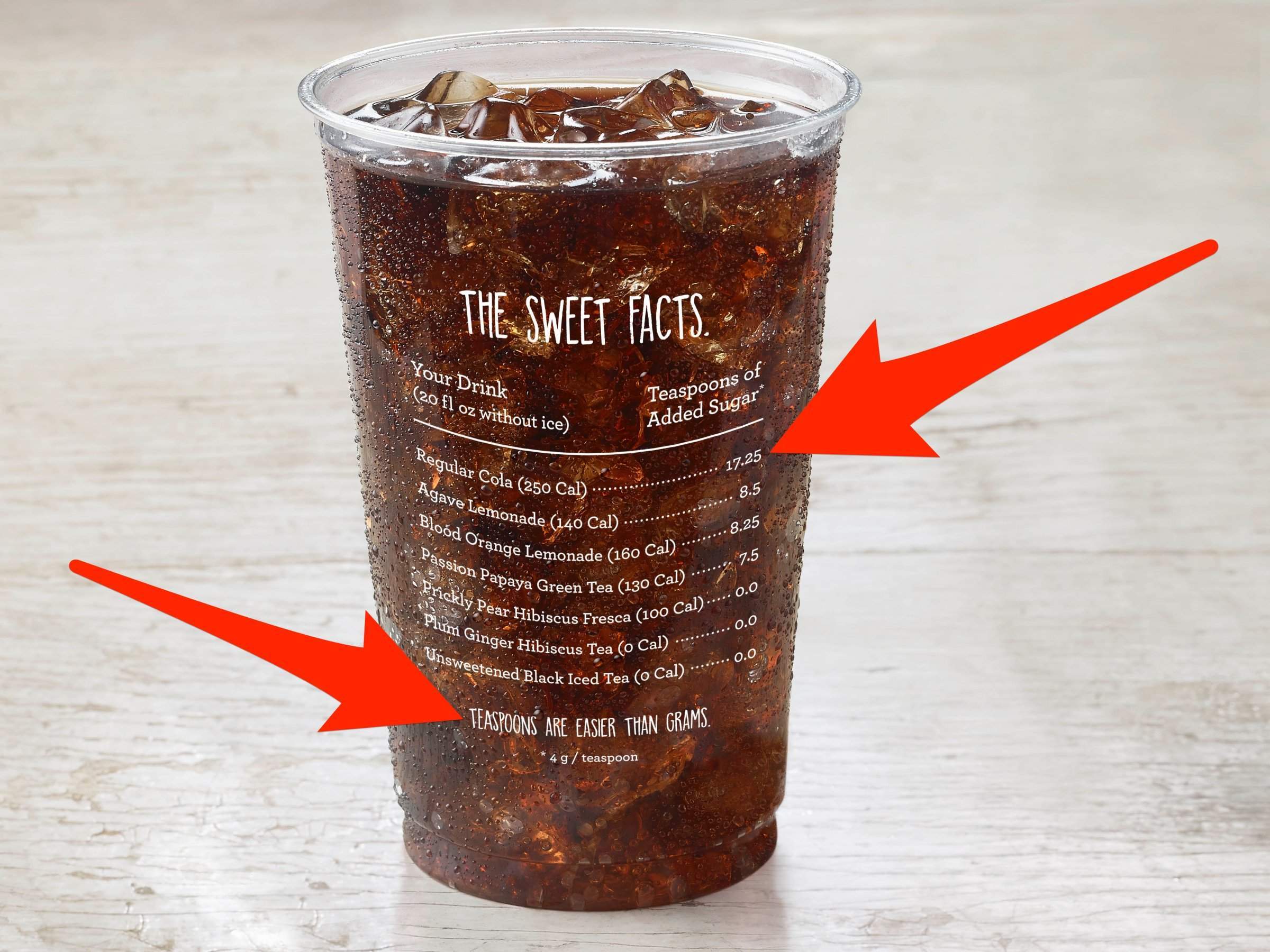 A recent survey commissioned by Panera found that 99 percent of people in the US are unaware of the amount of sugar in soft drinks.

We believe in two things: real choices and real transparency.

The Pepsi Panera sells contains 250 calories and 17 teaspoons of sugar compared to its zero-calorie plum hibiscus iced tea with no added sugar.

The new cups are a way to promote Panera’s line of low-sugar drinks, which launched earlier this year.

There has already been an eight percent shift in the number of customers choosing lower sugar drinks since they were added to the menu in March.

Even though soft drinks are much cheaper to produce, Shaich is keen for the Panera brand to champion healthy eating, which means persuading consumers to ditch sugary soft drinks.

Seven of the biggest names in Singapore’s drinks industry, including Coca-Cola and F&N Foods, agreed last month to cap the sugar content in their drinks at 12 per cent by 2020.

In the US, sales of soda drinks decreased by 1.2 percent in 2016, falling for the twelfth year in a row, according to a report by trade publication Beverage Digest.

However, Obamacare legislation requiring US restaurant chains with at least 20 stores to post calorie counts on menus was delayed for the third time earlier this year.

While Panera and some other restaurants already list nutrition information on their food menus, many have been reluctant to do the same for soft drinks.

We want to allow guests to make informed choices relative to beverages. Guests have the right to know they could be drinking 17 teaspoons of added sugar per 20 ounces depending on the beverage choice they make. That’s more than the daily USDA guidelines.  We want to give guests better information and more options.

Shares in Panera have risen 46 percent in the past year.