Thousands of post office workers will strike for the third time this year on 11 July. Union members have rejected a pay offer worth around 3% and a £500 lump sum.

Soaring utility bills, fuel prices, and food and grocery costs, is putting increasing pressure on household budgets. There is no sign of this situation abating, with this upward trend expected to continue at least in the short-term. 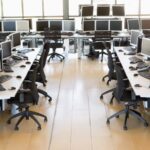 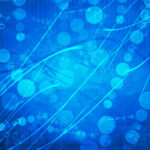 This cost-of-living crisis has accelerated strike action in the UK. Around 80% of Britain’s Railways closed on 21, 23, and 25 of June. This was the biggest rail strike in over 30 years.

On 26 June, criminal barristers walked out of court. This comes after they rejected a proposed 15% increase in fees for legal aid cases. Further strike action from barristers is expected in the coming weeks.

There are fears that the UK faces a summer of strikes as inflation continues to rise. There have been warnings of strike action from both teacher and NHS staff unions.

Post office workers are set to be the latest to strike. This will be the third strike this year and comes after a rejected proposal for a 3% pay increase.

The union has described how the pay offer is a “massive real-terms pay cut”. Around 3,500 staff members will be involved in the strike.

People across both private and public occupations are feeling huge pressure on their income and household budget.

Effectively, workers are seeing a pay cut as the cost-of-living soars at extraordinary levels. Even those that are receiving a pay rise are not seeing an increase that matches inflation.

However, should employers raise pay at a rate that mirrors inflation, there is the potential for this to exacerbate the issue further. Such steep increases in wages would put pressure on businesses and would likely result in the cost increase being passed on to consumers. Should this happen, inflation will continue to soar as the cost of goods and services rises further. One thing that is for certain is that both employers and employees across all industries will be forced to ride out a highly challenging 2022.

Marketline
Spending in the UK
Report from