UK-based neobank Revolut has teamed up with two-time heavyweight boxing champion Anthony Joshua to launch a new glow-in-the-dark debit card. However, it’s only one of the weirdest payment cards in recent times. As the payments industry becomes increasingly crowded and companies seek to differentiate themselves, odd cards have become a routine ploy.

As for Revolut, the $5.5bn-valued challenger bank has launched its new limited edition glow-in-the-dark debit card coupled to charitable support for independent gyms hit hard by the pandemic. Sports charity ukactive estimates that 400 facilities have closed permanently since the beginning of the Covid-19 crisis and that another 2,400 gyms are at risk. For every glowing card ordered by a UK customer, Revolut will donate £1.00 to struggling independent boxing gyms across the UK. Revolut has committed itself to put in £50,000 at the minimum.

“I am delighted to partner with Revolut to support UK boxing gyms. Without my local gym I would not be where I am today,” said Joshua. “Across the UK, there are kids and adults alike using these gyms to improve their physical and mental health, and keep themselves off the streets. I am really pleased my Revolut card will make a real difference.”

Revolut has previously supported LGBT charities in a similar way with the launch of a rainbow card.

The use of a novel card to grab attention is hardly new, though. Flashy fintech cards really kicked off around 2018 when Monzo’s coral cards became a vital hipness indicator around London’s Silicon Roundabout. Since then, fintechs have launched increasingly gimmicky cards.

Today, metal cards have almost become a neobank standard. Banking platform Curve has launched an entirely numberless card, and customers at German neobank N26 can decide whether or not they want a transparent plastic design. Several companies, including UBS and Stripe, also offer fully virtual cards.

However, some startups and institutions have gone the extra mile to stand out from the crowd in an often weird and quirky way. So let’s check ’em out, shall we?

Standing out in the fintech space is not always easy. And once you have people’s attention, it can easily slip through your fingers. But in November 2018, ANNA Money clawed back some of that attention by launching a credit card that meowed whenever business owners used it to make a payment.

“Our meowing debit cards are a light-hearted addition to our existing financial services for small businesses, but they’re rooted in a serious issue,” said Daljit Singh, chief design officer at ANNA Money, at the time. “The meow notification is designed to be fun – we want business owners to enjoy what they do, even if it involves spending their hard earned money. It will help business owners keep track of what and when they’re spending, with a cheeky reminder every time they make a purchase”.

Novelty aside, ANNA Money was able to leverage the attention gathered from the meowing card. The startup raised $21m in a funding round in May 2020. As gimmicks go, this one seemed to have worked purrfectly. 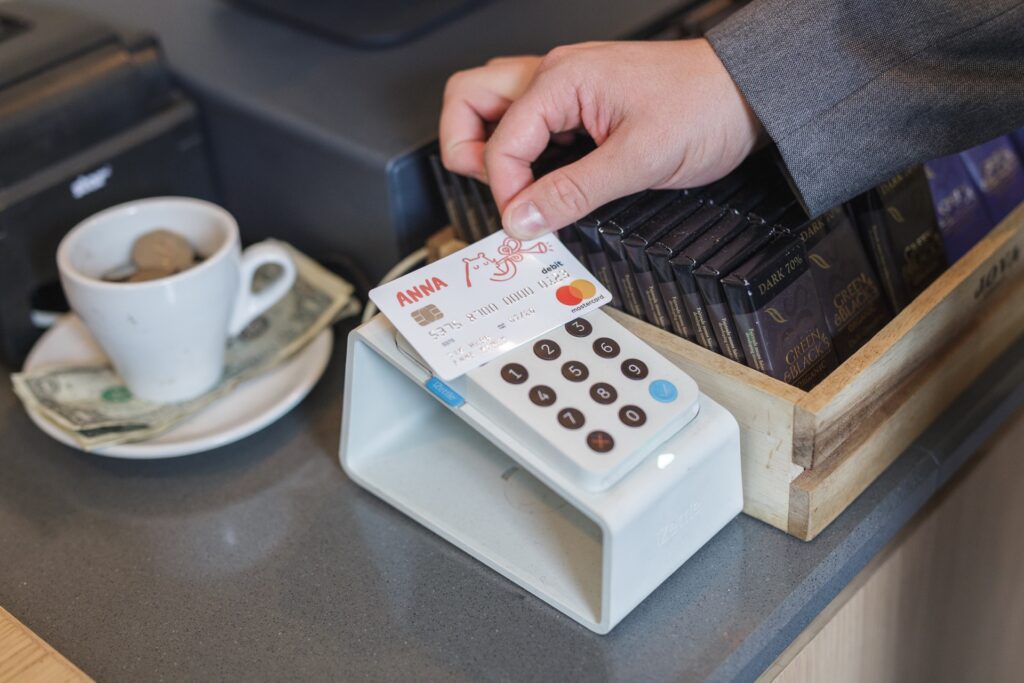 Metal cards have almost become ordinary these days, but some companies know that some metals are more bankable than others. Take Britain’s Royal Mint for example.

In 2019, the government-owned Mint, which is responsible for manufacturing all physical coinage in the UK, teamed up with Mastercard and Accomplish Financial to unveil an 18-karat gold payment card.

By forking out £18,750, customers could get a golden card with their name engraved on it and access benefits linked to the Royal Mint’s Raris accounts. The benefits included limitless spending, no foreign exchange fees and dedicated concierge services.

“The solid gold payment card is designed for individuals who wish to access the exclusive benefits of a Raris account and for those who value high quality luxury items that make a statement,” the Royal Mint said. 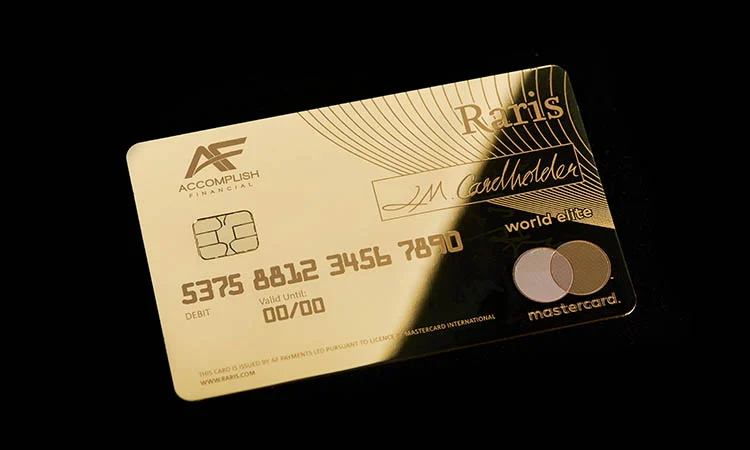 Fintechs, like other companies, like to be (or at least appear) environmentally friendly. As an example, Starling Bank issued new cards made out of recycled plastic in March. The British neobank and its Dutch rival bunq have previously both made commitments to plant more trees depending on how much their users spend with their accounts.

Fintech startup TreeCard has taken it one step further by making its cards out of wood. The cards can be linked to users’ regular bank accounts and can be used just like any other payments card. The main difference, apart from the material, is that using the card will incur a small fee that will go towards planting new trees.

The UK startup, launched in 2020, has pledged to give 80% of its profits towards planting new trees. The company’s cards are supposedly made out of sustainably-sourced cherry wood and has a core made out of recycled plastic bottles. It claims that it can produce 300,000 debit cards from the wood of a single tree, so there’s no risk of it having to chop down more trees than it plants.

Perhaps surprisingly, this is not the only card made out of wood. In 2020, Italy-based Banca Mediolanum introduced its own sustainable challenger bank Flowe that also offers a wooden card. 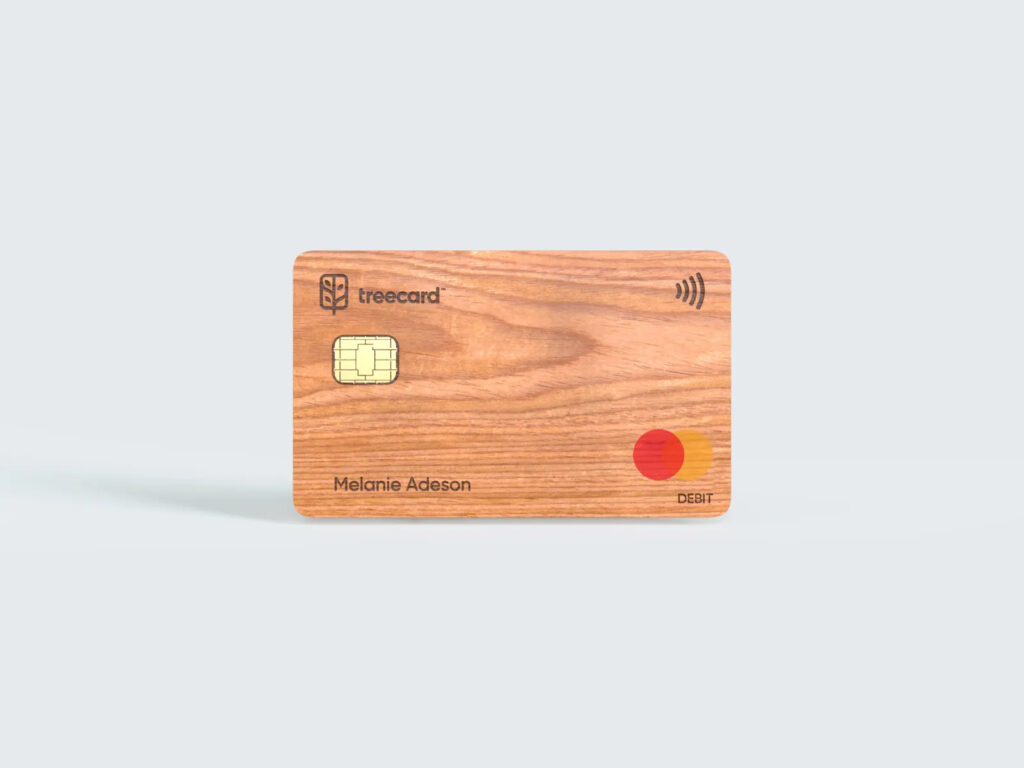 Gamers are no strangers to fintech solutions. Most online games these days include different types of in-game transactions that enable users to buy things like new skins or weapons for their characters. So it makes sense that gamer lifestyle brand Razer has launched a payments card of its own via its financial technology arm Razer Fintech.

The card was launched in October in collaboration with Visa. While the prepaid card came with all the nuts and bolts expected from it, it also stood out thanks to its logo being lit up with the same kind of neon light that many gamers use on their computers.

Razer Fintech hoped that the buzz around the card would enable it to launch a youth-focused challenger bank in Singapore. However, it didn’t seem to be enough as the Monetary Authority of Singapore rejected its application in December.

Game over, we guess. 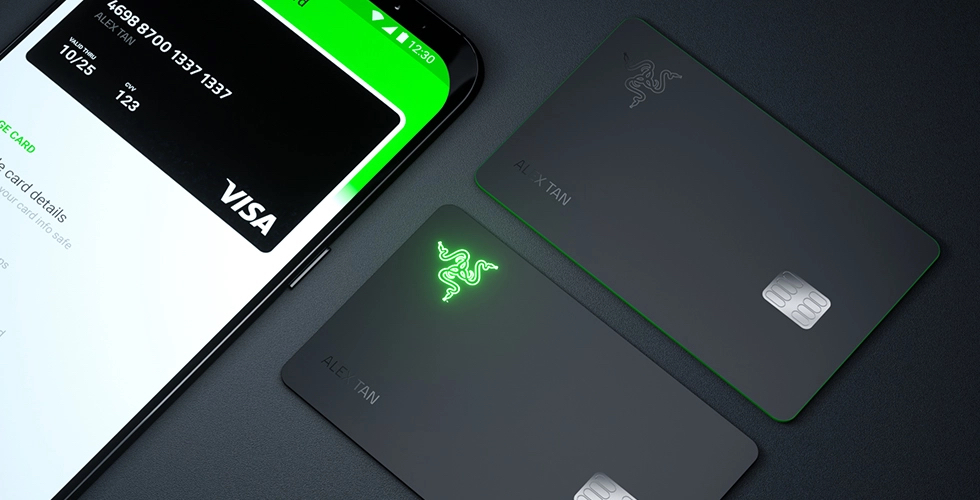 Fintechs are increasingly targeting kids in their expansion efforts. Neobanks Revolut and Starling, as well as several other startups, have launched accounts and cards for kids and teenagers. The accounts are usually controlled by the children’s parents and are supposed to teach kids about the importance of good financial habits.

One of those startups is Finland’s PCKT Money. In May 2019, it announced that it had teamed up with Rovio Entertainment, the video game company behind Angry Birds. The collaboration enabled it to use the Angry Birds characters on its cards.

“In addition to the Angry Birds mobile gaming brand, we also experience it as an entertainment brand whose characters create entertaining and educational stories,” PCKT Money CEO Jaakko Rytsölä said at the time. “We hope that in the future, the Angry Birds characters will be involved in inspiring children to use money more wisely.”

Because nothing says “take this seriously” quite as powerfully as animated birds. 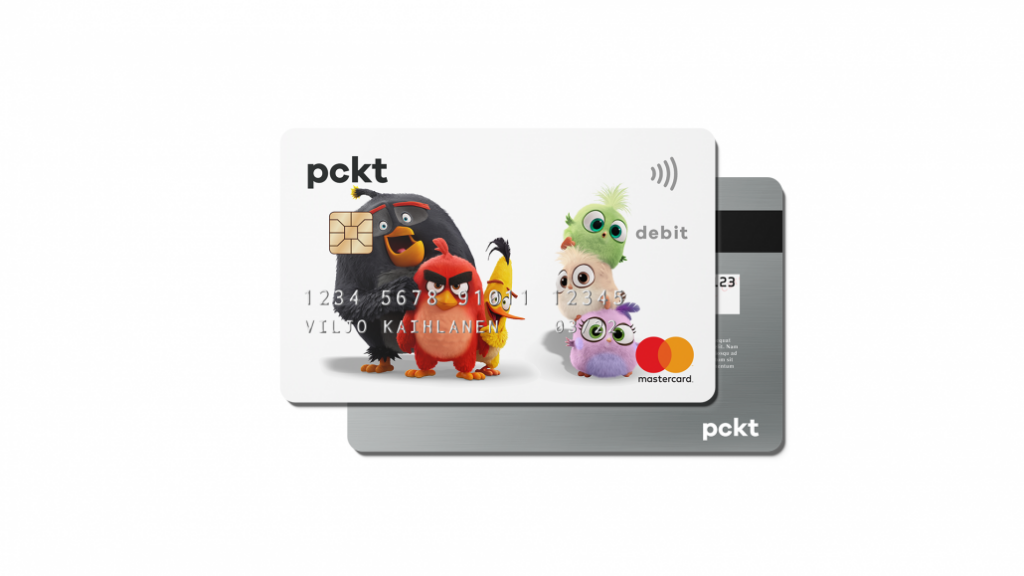