Doug Britton is the CTO of RunSafe Security, a cybersecurity firm that offers tools to protect critical infrastructure industries such as military systems, healthcare and data centres.

In this Q&A, the 18th in our weekly series, Britton talks about starting his career as an Army interrogator, why he’s excited about optical computing and how PacMan got him into programming.

Doug Britton: I have a bachelors in computer science from the University of Illinois and started my career as an interrogator and Russian linguist in the US Army. At Lockheed, I built a team of people that were good at facilitating access to intelligence objectives aka breaking into adversaries’ systems.

After doing additional security research and realising we could fundamentally change hacker economics, we launched RunSafe to immunise software itself without slowing down developers so that a vulnerability found in the lab cannot be exploited on the same software in the field. Now my role is to chart a technology roadmap that can change the economic plate tectonics of cybersecurity, and build the team that can implement the vision.

Our industry is waking up to the realisation that there’s a gross talent mismatch in the field. Security leaders are finally coming to terms with how badly outmatched defenders are against the bad guys, in sheer numbers and tactical advantage. Herculean efforts are underway to create more talent, but won’t bear needle-moving fruits for 3-5 years. While waiting for these cyber legions, business leaders will need to apply some of the newer technologies that give defenders prescription-strength solutions, with over the counter accessibility.

Time travel…just kidding. My real answer is probably optical computing – that is, purely optical where there’s no silicon in the loop. Imagine fibre optics, but used for processing and computation, instead of high-speed, long haul data transmission. Depending on how you count, this could be a third epoch of the transistor, with the first being vacuum-tubes and the second being silicon. Photon-based transistors and processing could change the speed, power, and size horizon of computation by orders of magnitude. Processing capacity and power consumption become completely different cost functions. While this may seem like a thing of the future, it’s being actively investigated by Intel and the scientific community.

I complimented my computer science degree with an MBA and MS in finance, giving me the tools to assess the economic proposition of a technological opportunity. Great technology is everywhere, but it’s difficult to determine what will stick. As a personal practice, I stay ruthlessly focused on the underlying economic proposition of any new technology and its place in the value stack of an industry. By evaluating if the thing has intrinsic economic value — that is, can it rewrite a cost function and allow the same productivity at a fraction of the cost — you can figure out what has staying power and identify what can really rewrite the way things are done

My friend Sam once told me, “I never walk into a place I don’t know how to walk out of.” I think Sam, played by Robert De Niro, gave that advice to many people, in one of the opening scenes of Ronin. 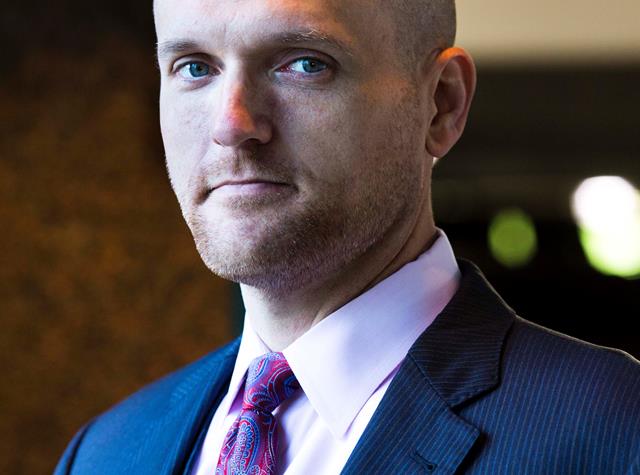 Doug Britton is the CTO of RunSafe Security.

In 1983, when I was 8 years old, my mum brought home a computer (Tandy Color Computer 2) and said, “Doug, you’re going to want to learn how to use this.” I was sceptical at first, but she told me I could make video games, which I of course assumed meant I could win at PacMan every time. When she explained that I could make my own PacMan, that sealed the deal, and I started learning to program Basic. The rest is history.

The typical day is like boarding a beautiful aeroplane in the morning, for a 10-hour flight, only to realise, after the boarding door closes, that there are no seats in the fuselage. On a plane with no seats, at 550mph, every little bit of turbulence is violent. The day is going smoothly, feels like you’re not even moving, then bam, smack! Left wall! Right wall! Ceiling! The plane will likely land and your day will likely end with you ok (“ok” being defined loosely). The ride will likely hurt, but the love of where you’re going makes it worthwhile.

I listen to an audiobook of the Tao Te Ching while running. For nearly 10 years, I’ve listened to the same one hour, 42 minute recording, from beginning to end, more than 1000 times. The book of 5,000 words offers something new, every time.

Obvious answer, potentially non-obvious reason: Bill Gates. The Omni Processor that he has supported literally turns human shit into biologically-inert water and usable electricity. The Omni Processor can be used in parts of the world where people choke on sludge, instead of bathe; where western concepts of plumbing are economically infeasible. You’re talking about a man who had more money than anyone else in the world, figuring out a way to take the excrement of humanity and turned it into something that creates life. I can think of no more perfect, self-contained example of the humble, albeit powerful practice of entrepreneurship as a service profession.

I’m not a strict Malthusian, but there is a global imbalance of consumption and resources. With respect to understanding how our inventions interact with nature, humanity writ large is in its infancy. Newtonian physics is easy to understand because you can see it. Understanding 100-year biosphere interactions are very hard and subject to mankind’s’ well-established decision-making biases. The crafting of a proverbial Three Laws of Human-Nature Interaction would create a decision framework that lays technology and human-technology adoption into a 10,000-year framework.