Whether your interaction with artificial intelligence (AI) is limited to science-fiction or you spend more time in your day talking to Siri and Alexa than actual humans, you can’t hide from the fact AI is changing the world.

This week, the UK’s new digital strategy was launched, which dedicated £17.3m to research and development of robotics and AI.

Out of the industries welcoming this technology with open arms, finance and banking is one of the biggest.

It’s not hard to see why: when companies are dealing with large amounts of data, handing over control to a machine learning system that can analyse and understand information much faster than a human being is an obvious benefit.

Where is this new technology having an impact in the finance sector?

Retail banking, in particular, is taking advantage of the benefits of AI in the form of chatbots or AI assistants.

Royal Bank of Scotland, Bank of America and Swedbank are just a few examples of the banks that are incorporating this kind of technology into the day-to-day workings of the business.

“Chatbot software is able to understand and ‘learn’ from interacting with individuals, enabling it to provide customer service management and decision support. Whilst chatbots are not yet developed enough to provide services fully unassisted, the combination of human assisted by a chatbot can be faster and cheaper,” says Golden.

Improving customer service was central to Swedbank’s launch of an AI bot too.

The bank’s AI, named Nina, was created in order to provide a tool that could answer questions automatically which would reduce visits to branches and calls to the contact centre

“The key thing with Nina compared to, for example, a Q&A [on the website] is that Nina has a conversation with the customer, making sure we solve the root cause of the problem,” Martin Kedback, chief product owner at Swedbank, tells Verdict.

Nina is currently available for customers to access on the bank’s website but due to the positive uptake, the AI could soon be launched in its own app.

“It’s a convenient assistant that is always awake to help with questions around your personal finance,” says Kedback. “Specifically for banks, it’s a way to provide a service that is more aligned with customer needs as we go more digital.”

Elsewhere, Caixabank in Spain, Digitbank and Santander are all incorporating AI assistants into their customer offering.

Mobile banking is already the public’s preferred method for dealing with their finances and this is set to rise. 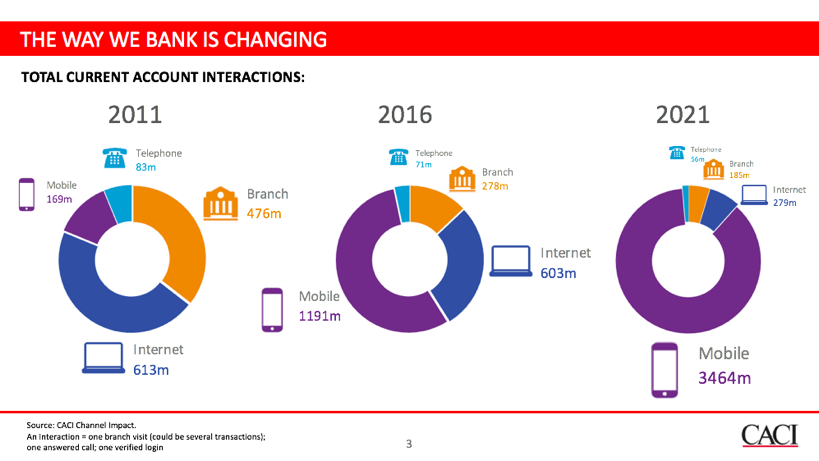 With this growth in mobile banking, startups are taking advantage of the tech to make their own mark in the personal finance space.

Barney Hussey-Yeo was a data scientist at pay-day lender Wonga when he began developing scripts to help automate his money and keep track of his own spending.

“As I built this out, I started sharing it with my friends and they said how useful it was. I decided I had to do this idea,” he tells Verdict.

“It’s growing really quickly. We have about 30,000 users that connected their bank account and are chatting to Cleo. We get 10,000s of messages to Cleo every day and we’re helping people to manage around £160m in assets,” he says.

Cleo’s team all have backgrounds in machine learning – Hussey-Yeo studied at Bristol University’s department of computer science, which means that Cleo has a strong foundation in artificial intelligence. “The more people ask questions, the smarter Cleo becomes. We’re up to about 96 percent accuracy on the question and answering – we’re trying to get to 99.”

That accuracy certainly seems impressive when compared to social media giant Facebook’s efforts with a more general chat bot — it was forced to roll back the service this week due to the high level of inaccuracy (a whopping 70 percent failure rate).

Hussey-Yeo’s confident that Cleo can withstand the rise of traditional banks turning to bots.

“Fundamentally, I think their bots will never have as much personality or have as much intelligence. Because they’re [from] a big corporation – they’re slow moving, they have to get that copy signed off by their compliance department, and the regulation, so it will be a bit of a dry experience.

“And what we’re seeing is people have more than one bank account, people have an Amex and a Barclay card for example, and what Cleo does is she have all these accounts in one place and that’s where you get the real intelligence from.”

Cleo, the AI finance assistant, in action. Click to enlarge

It’s all in the data

AI and machine learning can be off-putting, not least because of the images that are imprinted into us of how robots are going to take over the world. One of the best ways to leverage this tech to make it work for your business is through taking control of data.

Switzerland-based startup Veezoo is a data-agnostic application that uses AI to teach companies about their own finance data. From this, they can make informed decisions such as how much profit they’re making each quarter or which products are performing the best and where, in a simple and easy way.

“The development in the basic technologies, from computer processing and data storage to communication, is allowing more sophisticated technology to advance,” says Marcos Monteiro, CEO of Veezoo and participant in the inaugural Kickstart Accelerator based in Zurich. “So we have AI now able to process all this data and come up with better predictions – giving companies more data and more information.”

Harnessing the data will also give financial institutions more accountability in the post-2008 global recession world. This is something Jagdev Kenth, director of risk and regulatory strategy, at Willis Towers Watson, is seeing.

“If we are in an environment where financial institutions are using technology to ensure that regulatory requirements are met and that data is kept and monitoring on a real-time basis, issues could be flagged up a lot sooner,” he says. “If notifications are sent to a regulator immediately that maybe a capital injection is released, then we are enhancing the stability of the finance sector, which is good for us as an industry and as an economy.”

For instance, Sybnetix is one company that is taking advantage of artificial intelligence to make finance more accountable. The company uses cognitive computing and behavioural algorithms to help compliance officers and heads of trade monitoring detect and investigate suspicious trading.

“A lot of rogue trading only comes to life after the event – after there are signs that this person had maybe deceived the authority on several occasions over many months and people maybe turned a blind eye because they were doing well and the bank was making a lot of money,” says Kenth

With the incorporation of machine learning, however, “the data won’t lie”.

But aren’t the robots supposed to take all our jobs?

Whenever the conversation around AI is brought up, there are concerns that this embrace of intelligence technology could lead to job losses across the industry.

During the World Economic Forum’s (WEF) annual conference in Davos last year, it was predicted that the rise of robots and AI could lead to the loss of 5.1m jobs over the next five years in countries including Australia, UK and US.

Legal, business and financial operations were all name-checked by the WEF as sectors that would be affected by this. 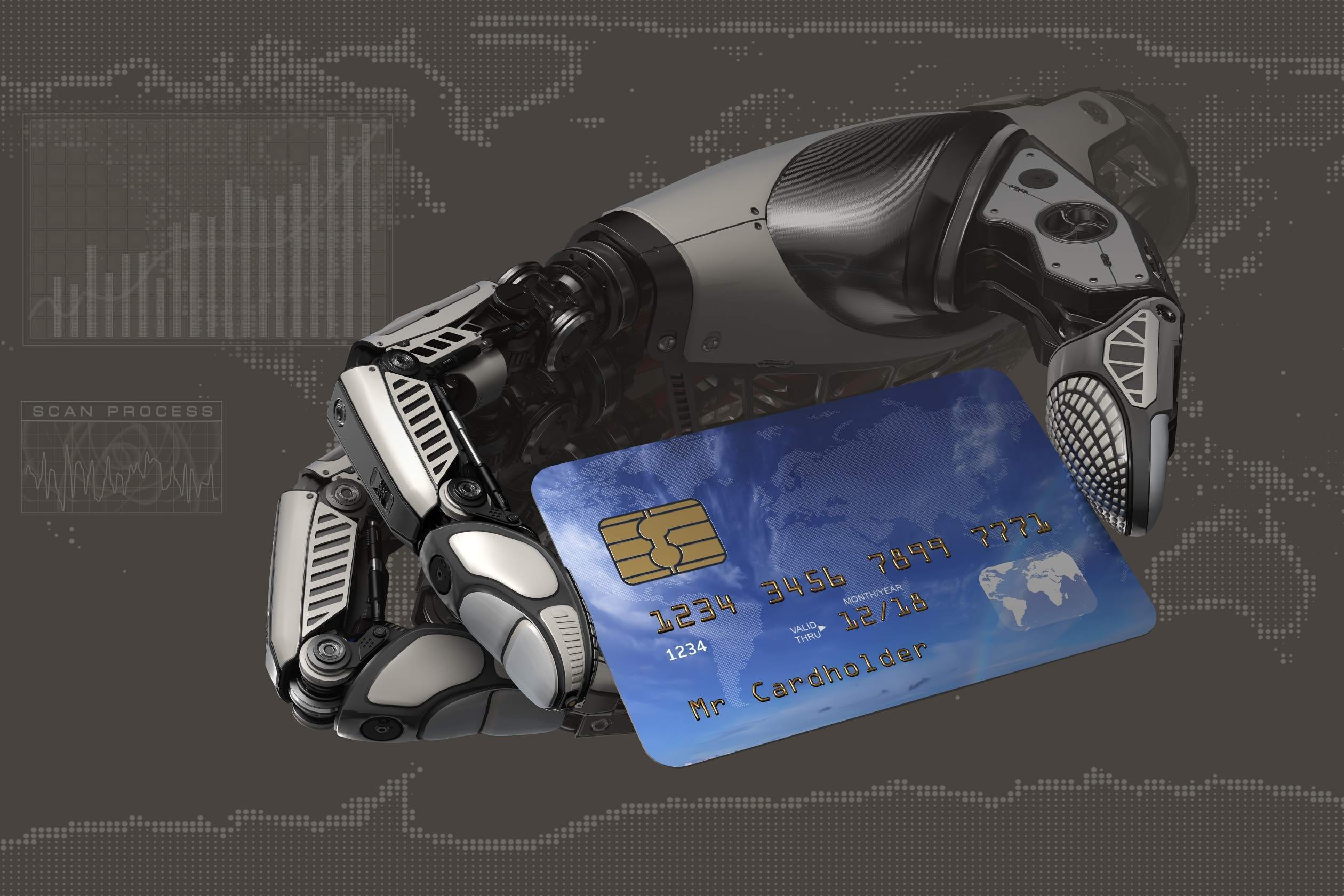 Could AI replace jobs in the finance industry?

“I understand that that is a concern – people are concerned about technological advancement and the impact automation will have not just on financial services, but on construction and transportation too,” says Kenth.

“In terms of retail [banking], what we are seeing at the moment is AI being used to supplement services that an ordinary customer-facing individual would have provided.”

When speaking at the recent RegTech Futures summit in Amsterdam, Sybenetix’s R&D president, Paul Young, advised companies to treat AI as a specialist team member: “A supervised AI approach combined with expert domain knowledge is the key to supporting people, not replacing them.”

Kedback at Swedbank agrees with this: “We don’t see [job losses] happening. This time Nina saves for us will be used for other purposes where we need to have humans involved, for example giving more complex advice for larger life events.”

AI will keep on growing, so what can humans do?

As technology changes, so does AI and the way it can be used.

“The increasing take up and implementation of robot process automation bots is a trend set to continue over the next three years. We will also see an increasing number of cognitive and AI concepts move into production – machine learning, natural language generation and chatbot tools in particular,” says Goulden.

We’re still a long way off from the point when the technology is impacting on all our interactions, be that in finance, healthcare or in retail. There’s no need to be scared, though.

“The people I’ve met who are scared or sceptical, they’ve all got mobile phones, they’re all busy talking to Siri about their heart rate when they’ve finished their run, and you’re kind of using it already to some extent,” says Kenth.

“It’s going to really inform part out lives. I’m very optimistic about it.”

This piece is part of a series exploring how artificial intelligence is transforming different industries. Read about the impact AI is having on healthcare here