Nearly a quarter of users in the UK do not know whether they have smartphone security installed.

This is according to the 2018 Internet Access Survey, derived from the Opinions and Lifestyle Survey (OPN), a multipurpose social survey conducted by the Office for National Statistics.

The survey found that 78% of adults now use mobile phones or smartphones to access the internet. However, despite this increasing use, 26% of smartphone users do not have smartphone security.

The survey showed that 24% of smartphone users across all age groups do not know whether they had smartphone security software installed. 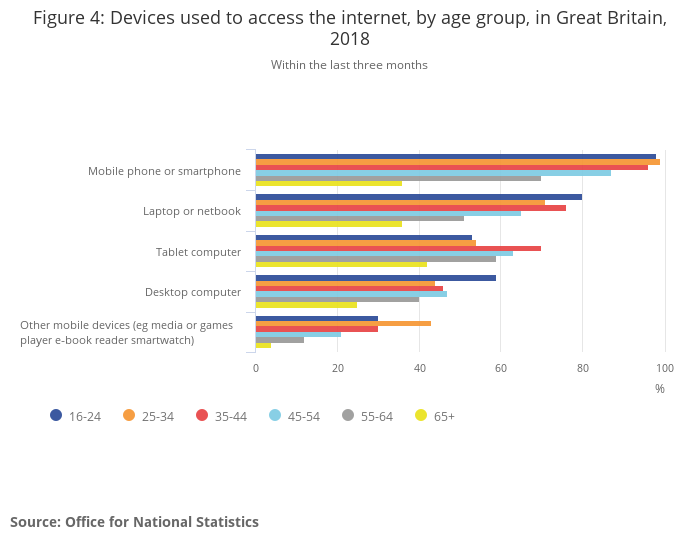 This raises concerns over the lack of awareness of internet security as although only 2% of adults have lost information or data as a result of a virus or hostile programme, this could leave many users vulnerable to cyberattacks.

The results fit with the findings of a report by Pew Research Center published last year that revealed that 28% of smartphone users do not use a screen lock or other security features to access their phone, and around one-in-ten of those surveyed said that they never install updates to their smartphone’s apps or operating system. 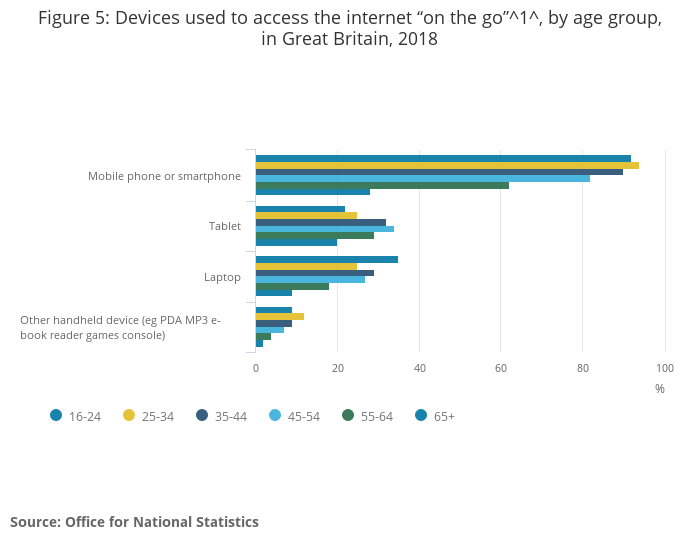 Despite an increase in public awareness of online data privacy following the Cambridge Analytica scandal and the introduction of GDPR, 3% of respondents said they did not know it was possible to refuse access to personal data when using or installing a smartphone app.

Vigilance over data privacy also appears to be dependent on age. The survey showed that 65% adults aged 16 to 24 years who use smartphones have refused access to personal data when using or installing smartphone apps in the last 12 months, compared with 31% of those aged 65 years and over.

The largest increase, however, was in online finance services, with the percentage of adults using internet banking rising from 35% in 2008 to 69% in 2018.