1998 marked the launch of the International Space Station (ISS) and the onset of a new space era characterized by international cooperation.

Rivalries that had contributed to an expensive and frenzied period of space history became more subdued, as space agencies representing the US, Russia, Japan, Europe, and Canada collaborated to construct a state-of-the-art microgravity environment that would serve scientific understanding and discovery.

Fast forward to 2022 and the ISS, much like the geopolitical relations used to forge this largest modular space station, is showing signs of degradation. As a result, NASA has laid out plans to decommission and deorbit the ISS by 2031. Although there is still some uncertainty surrounding selecting commercial contractors for the replacement, it is clear that the ISS will be retiring from a (low earth orbit) landscape that has been entirely transformed by the emerging space economy. However, while much has changed from the perspective of technology and actors, this epoch promises to be as fraught with geopolitical tensions as its space race predecessor.

Narratives surrounding the space economy tend to home in on billionaires, swarms of satellites, the prospect of space tourism, and even terraforming Mars. This has led some analysts to estimate that the space economy will be worth $1 trillion by 2040. However, these narratives overlook the brewing geopolitical tensions that could make or break the next chapter of this nascent market. Recent years have witnessed the resurgence of old space race rivalries, albeit with new actors. 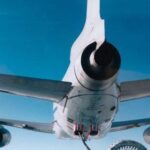 Comment
Is this the beginning of the end for British aerospace company Cobham? 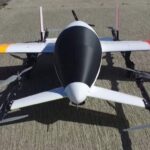 Comment
Uber takes to the skies with flying cars by 2020

National pride as the greatest incentive

In some cases, national pride has led to an outpouring of funding within the space sector, as nation states such as China continue to push their plans to become space superpowers. While the ISS continues to wilt, earlier this week China successfully launched the Wentian module for its Tiangong space station. The milestone marks the penultimate stage of completion, with plans to launch the final module in October 2022. In addition, China’s plan for a 13,000 satellite mega-constellation dwarfs SpaceX’s current low earth orbit (LEO) population, with state-owned contractor China Aerospace Science and Technology Corporation (CASC) gearing up to play a leading role in making this proposal a reality.

However, in some cases, geopolitical tensions have stymied plans, with national security concerns still having the power to pull the plug on practically any project. This was illustrated by the experience of Kleo Connect, a German satellite start-up that saw its LEO constellation aspirations unravel under claims of sabotage, contract breaches, and shadow companies between the European and Chinese divisions of the company.

In addition, Elon Musk’s deployment of Starlink satellites to aid Ukraine may land the private space company, SpaceX, in future hot water, with commitments for the LEO constellation to not be used for military applications on the cards. Deal talks of Eutelsat merging with OneWeb would bring together the UK, France, and China—and Indian billionaire Sunil Bharti Mittal will be the latest test of international cooperation within space. The potential merger is also brought into sharp relief by Russia’s announcement that it will withdraw from the ISS by 2024 and construct its own orbital outpost.

So, while the characters of Musk, Bezos, Branson, and Beck will remain chief protagonists in the story of how the space economy unfolds, this market’s growth will undoubtedly take place along geopolitical fault lines.